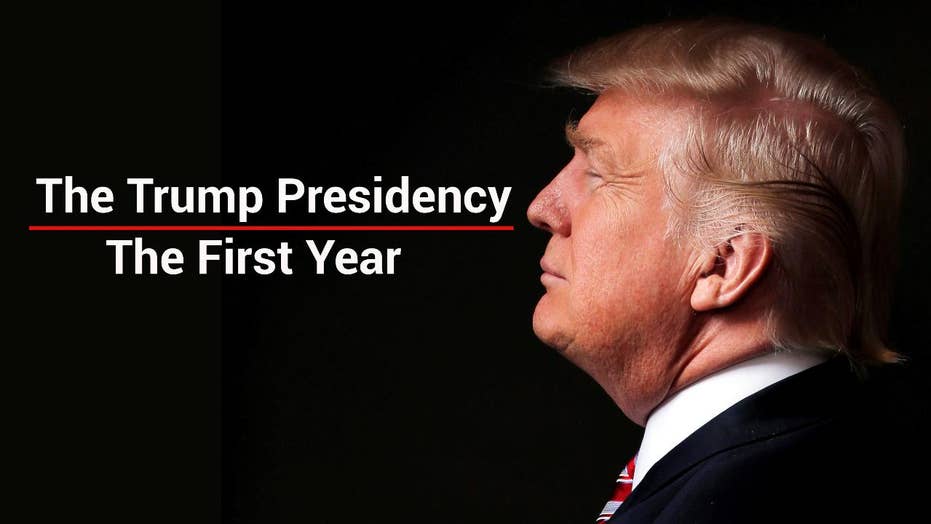 President Trump's first year in office: A look back

January 20, 2018 marks the one year anniversary of President Trump taking office. Here is a look back at the ups and downs of 365 days unlike any other in American politics.

Here’s my assessment of President Trump as we mark the first anniversary of his inauguration Saturday: I have known nine presidents, beginning with President Richard Nixon. Of those nine, the only one who was as effective as President Trump in his first year was President Ronald Reagan.

That judgment may surprise a lot of people, because the opposition in the news media and among the left-wing “resistance” has been so strong and one-sided that they have consistently misrepresented and maligned President Trump and his administration.

This effort has produced a distorted, minimized view of what has been accomplished by this remarkably energetic and controversial commander-in-chief.

To understand the current distortions, remember what a year ago was like.

Donald Trump is sworn in as the 45th president of the United States as Melania Trump looks on during the 58th Presidential Inauguration at the U.S. Capitol in Washington, Friday, Jan. 20, 2017. (AP Photo/Andrew Harnik) (Copyright 2017 The Associated Press. All rights reserved.)

In January 2017, it seemed amazing that this businessman-publicist-marketer defeated 16 other Republicans for the GOP nomination and then defeated former Secretary of State Hillary Clinton for the presidency.

It seemed equally extraordinary that Donald Trump carried Pennsylvania, Michigan and Wisconsin in the presidential election. These were states that had consistently voted for Democratic presidential candidates in recent years. One could have made a lot of money betting on the entire trifecta going to Trump.

So, in a highly polarized world of intense media hostility with overwhelmingly negative coverage of President Trump, how can we assess his first year?

These achievements sent the left into a state of shock. The day after President Trump’s inauguration, they organized mass rallies in Washington and other cities across the country.

Left-wing protestors promised “resistance” to the so-called “imposter,” who they simply could not accept as president of the United States. At the rally on the National Mall, Madonna proclaimed: “I have thought an awful lot about blowing up the White House.” The crowd loved it.

Professor Allen Guelzo, the Henry R. Luce Professor of the Civil War Era and Director of Civil War Era Studies at Gettysburg College, commented that the last time we saw this depth of hostility and contempt for a president was after the election of Abraham Lincoln. The slave owners of the South absolutely loathed him.

One year after President Trump’s inauguration, the left’s hostility toward him is even worse. 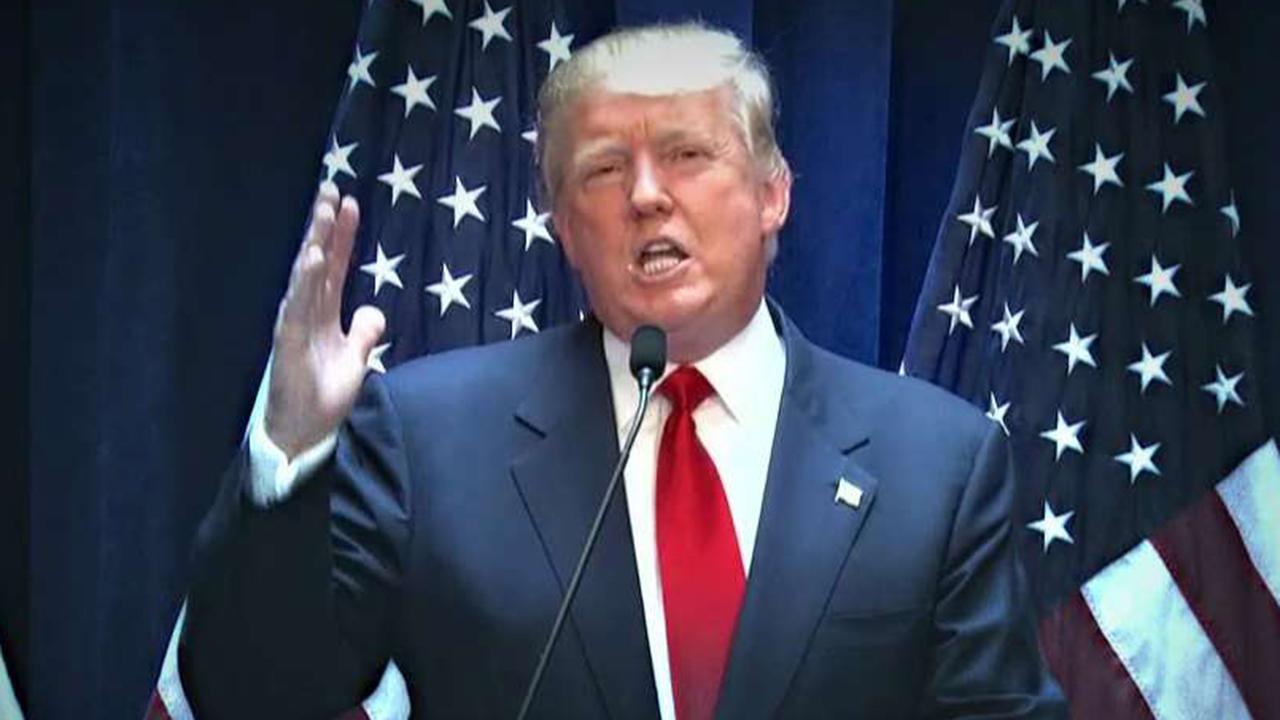 The administration continues to struggle with the border wall and ObamaCare, but the president kept his promises about tax reform and the judiciary; Kevin Corke takes a closer look for 'Special Report.'

The White House press corps’ reaction to White House physician Dr. Ronny Jackson’s briefing on President Trump’s annual physical was a perfect example of this hostility. The media’s antagonistic (and just plain stupid) questions proved the propaganda war against Trump was not going away.

Dr. Jackson – a  highly respected Navy rear admiral, who served as a physician in both the Bush and Obama White Houses – clearly and explicitly reported to the media that President Trump was in excellent physical health for his age and that he had completed a flawless cognitive exam.

Yet the White House press corps doggedly repeated ludicrous questions, clearly seeking to undermine the doctor’s assessment and skew his report to fit the phony narrative that the president is “unfit for office.”

This Trump Derangement Syndrome that the media unfortunately suffer from has become a major barrier to accurate coverage of the Trump presidency.

President Donald Trump pumps his fist after delivering his inaugural address after being sworn in as the 45th president of the United States during the 58th Presidential Inauguration at the U.S. Capitol in Washington, Friday, Jan. 20, 2017. (AP Photo/Matt Rourke) (Copyright 2017 The Associated Press. All rights reserved.)

So, in a highly polarized world of intense media hostility with overwhelmingly negative coverage of President Trump, how can we assess his first year?

The best way is to look at results and measure them against what candidate Trump said he would try to accomplish.

Trump promised to appoint conservative judges to the federal courts. He received advice from Leonard Leo, executive vice president of the Federalist Society. He also benefitted from remarkable leadership in the Senate by Senate Majority Leader Mitch McConnell. R-Ky. And then President Trump nominated and won confirmation for Neil Gorsuch for a seat on the Supreme Court.

Gorsuch is a justice dramatically more conservative than anyone Hillary Clinton would have appointed. Additionally, in Trump’s first year in the White House, 12 federal appellate court judges have been approved by the Senate.

As Senate Judiciary Committee Chairman Chuck Grassley, R-Iowa, pointed out, no other first-year president has seated this many appellate court judges in the 228-year history of the appellate courts. 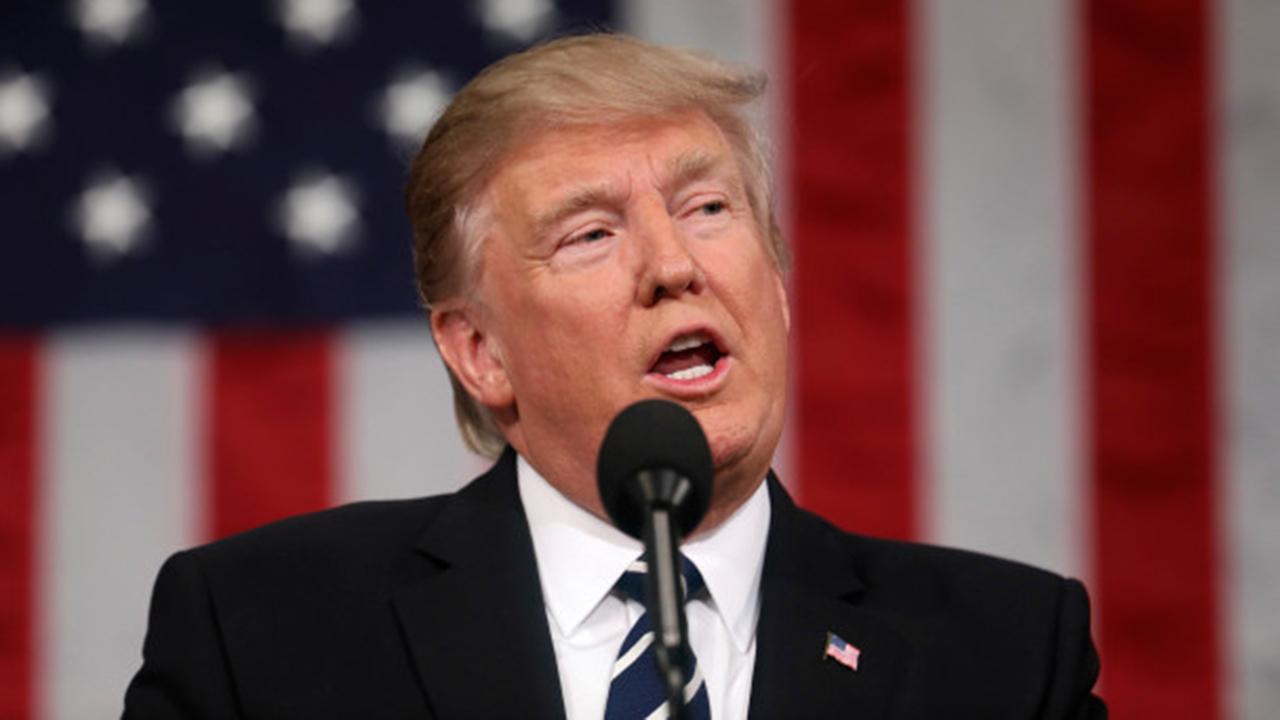 President Trump is also now, without question, the all-time champion of rolling back red tape, as he has taken on the Washington bureaucracy and deregulation. Under President Trump, Congress has eliminated 14 Obama-era regulations through the Congressional Review Act.

The current estimate is that the Trump administration is repealing 22 regulations for every new one it has created. This is a major contribution to economic growth and a big plus in implementing campaign promises.

President Trump promised a new, smarter, lower-risk strategy to enable the military to do its job and defeat ISIS. ISIS has lost virtually all its territory at minimum risk. This is yet another promise kept.

Iran and North Korea must be considered works in progress. Neither problem has been solved but neither has imposed its will up to now.

Announcing that the American Embassy in Israel would be moved to Jerusalem is another campaign promise on which the president followed through, and it doesn't seem to have caused any major disruption in the Arab world.

President Trump’s instincts for rebuilding the American military are right, but he has not yet solved the problem of getting Congress to pass the stable funding stream the military must have.

On the other hand, the president methodically waged a disciplined 11-month campaign to get the large tax cut he believes the American economy needs if it is to grow faster.

The response of the American business community to the passage of the Tax Cuts and Jobs Act has been more positive and more visible than anyone could have hoped.

President Trump is also making good on his pledge to make better trade deals for America. Saudi Arabia alone signed as much as $400 billion in contracts with American companies during the president’s visit to Riyadh.

As a result of President Trump’s economic leadership, the “new normal” of less than 2 percent annual economic growth is rapidly being replaced by estimates in the range of 3.5 to 4 percent.

At the same time, the black unemployment rate is down dramatically, and CEO and small business confidence are up dramatically.

The first year has seen some disappointments. Failing to repeal ObamaCare was painful. Not getting started on infrastructure has been disappointing. Failing to develop conservative solutions for poverty in America has been unfortunate. Allowing symbolic language and arguments about race to drive people apart has been counter to the promise inherent in President Trump’s Inaugural Address.

However, on balance, it is fair to say President Trump has already achieved so much that he rivals Reagan as an effective, focused leader. We are incredibly fortunate to have him in the White House as our nation’s 45th president.