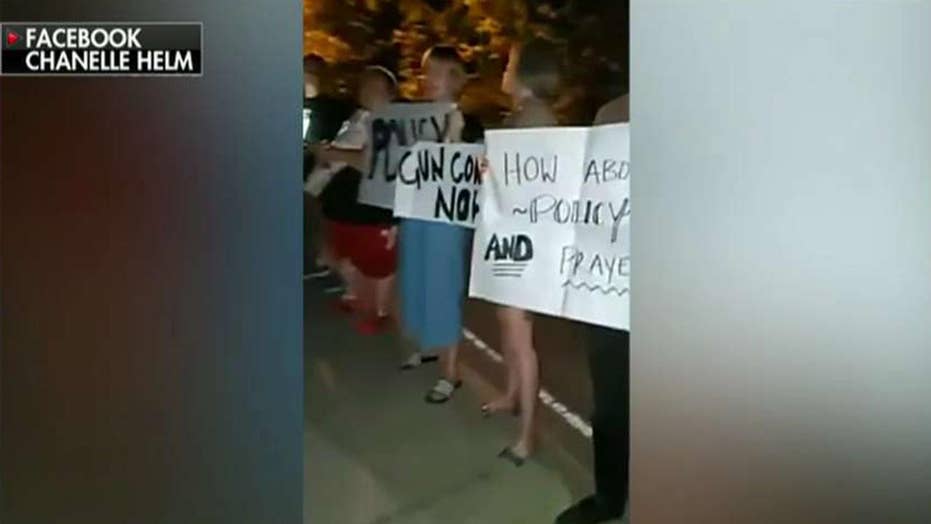 Senate Majority Leader Mitch McConnell has proven himself a master of both the Senate and the judicial branch.

The story of McConnell’s steady and relentless rise to power is best understood by reading his own memoir, “The Long Game.” He is candid and practical in exactly the down-home way he runs the Senate and his campaigns.

PROTESTERS GATHER OUTSIDE MCCONNELL'S KENTUCKY HOME, ONE CALLS FOR HIS STABBING 'IN THE HEART'

It is this steady, tough-minded, relentless approach to identifying priorities and sticking to them that has made McConnell so extraordinary. His tremendous success is largely what's fueling the recent vicious attacks on him.

Those on the left are hoping to use McConnell as a boogeyman for everything they hate, because he has so deftly outmaneuvered them in the Senate.

In fact, a large part of the success of President Trump comes from his ability to work with McConnell to get big things done.

There are only 179 federal appeals court judges, so in less than three years the Trump-McConnell team has nominated and won confirmation for almost one-quarter of them. Trump and McConnell have shepherded in one-seventh of the district court judges.

Capping off his impact on the judicial branch, McConnell insisted on blocking President Obama’s nominee for the Supreme Court seat vacated by Justice Antonin Scalia’s death.

Symbolically, Scalia was the most conservative member of the court and replacing him with an Obama liberal would have significantly shifted the court. McConnell’s calm, steady refusal to act until after the election allowed President Trump to nominate now-Justice Neil Gorsuch as a solid conservative.

In fact, a large part of the success of President Trump comes from his ability to work with McConnell to get big things done.

Similarly, when the left went all-out to smear then-Supreme Court nominee Judge Brett Kavanaugh, McConnell calmly and patiently worked to hold the Republicans together and get a second conservative seated on the high court. His Supreme Court achievements alone are historic.

If President Trump is reelected (and McConnell gets reelected in Kentucky) at this pace by the end of Trump’s second term they will have appointed and confirmed over half of all our federal judges.

When you think about the lifetime nature of these appointments, you can see why McConnell can legitimately be considered a master of the judiciary as well as the Senate.

McConnell’s mastery of the Senate is even more remarkable for the narrow margins with which he has had to work. To some extent, he owes a debt of gratitude to former Democratic Leader Harry Reid of Nevada, who set the precedent of limiting and weakening the filibuster and setting the stage for McConnell to use Reid’s rules to run over the Democrats day after day.

McConnell’s own innate conservatism is bolstered by his experience as a young man working in President Gerald Ford’s Justice Department, where he was a colleague of Robert Bork, Antonin Scalia and Laurence Silberman – three giants of the conservative legal resurgence.

McConnell has accomplished all these things through an amazing amount of focused hard work. He never thought about running for president. He thought about how to lead his fellow senators.

The Senate majority leader has an endless capacity to listen to others. He also understands that accumulating resources and being able to help elect your colleagues is a key part of building and sustaining a majority.

McConnell first chaired the committee helping elect Senate Republicans whose votes he would need. Then, beginning in 2003, he was elected whip – the second-highest post in the Senate GOP.

It took about a year for President Trump and McConnell to learn to work together. Their experiences and styles are amazingly different. However, they have become more and more effective.

Another powerful breakthrough was McConnell’s use of the Congressional Review Act early in the Trump administration. The review act has been used 17 times to overturn rules and regulations. Sixteen of them were enacted during the 115th Congress to overturn Obama-era rules.

But these examples are only a small part of what McConnell has been able to do in the Senate. He has also been moving important legislation at a very quick pace – especially given the Senate’s political makeup.

Despite the high-tension politics dealing with border security, McConnell was able to ferry through $4.6 billion in emergency appropriations to support federal agencies that are caring for the massive wave of migrants (particularly children) who are arriving at the U.S.-Mexico border.

McConnell has overseen the passage of $750 billion to rebuild our military and strengthen our national security against the likes of Russia, China, North Korea, and Iran.

As Democrats have led a fruitless witch hunt against President Trump over non-existent collusion with Russia, McConnell has led the passage of bills to improve our election security by hardening our laws against hacking and election interference, and bolstering our ability to counter and prevent cyberattacks from foreign nations.

McConnell also helped pass the widely bipartisan effort to make permanent federal funds to aid first responders who were injured or have become ill from their service during the Sept. 11, 2001 terrorist attacks. This will improve the health and security of these brave men and women and their families.

Finally, McConnell’s Senate has passed a package of more than 100 bills to protect natural areas, wildlife, historic sites and conservation efforts. He has led the largest reform of the Internal Revenue Service in two decades, and even helped enact laws to stop annoying robocalls.

When you look at the sheer productivity of the Senate in a time of enormous partisan bitterness and fighting, you can see why McConnell has earned the right to be considered one of the historic masters of the Senate in a way that has seldom happened in our history.