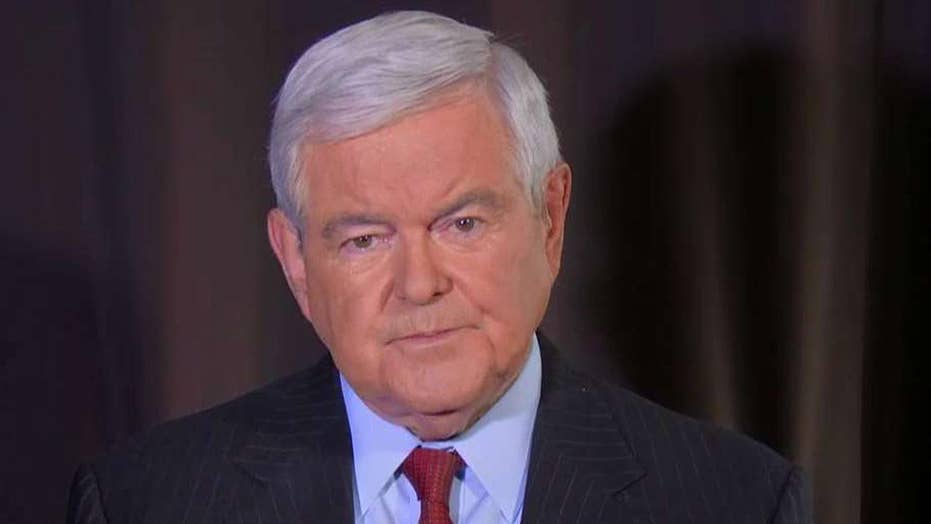 My first reaction to fired FBI Director James Comey’s new book "A Higher Loyalty" is to demand that Deputy Attorney General Rod Rosenstein release the still-secret Comey memorandums describing his conversations with Donald Trump as president-elect and president. After seeing hundreds of pages of Comey’s self-serving version of reality, the American people deserve to see what he actually wrote at the time of these conversations.

I suspect the memos will undermine a lot of Comey’s case. In fact, it is hard to understand why Rosenstein is keeping these memos hidden – unless it weakens the Deep State’s case against President Trump.

There are two striking things about the initial leaks of the Comey anti-Trump novel. And I call it a novel because it will be amazingly discredited after the elite media is done fawning over Comey and people actually look at what he wrote and how he positioned himself.

Before you believe what is written in Comey’s book, you should watch this video compiled by the Republican National Committee to remember what leading Democrats said about Comey in 2016.

Immediately after Comey announced that the FBI had reopened the investigation into Hillary Clinton’s emails in late October 2016, virtually every leading Democrat called him a disgrace and said that he should be fired or resign.

The book is, of course, the angry diatribe of an embittered, fired employee. Anyone who has had to fire someone who was convinced they were right and you were wrong can appreciate the intensity of Comey’s anger. That intensity and that bitterness flows throughout the book.

Comey is a man who lied to Congress about never having leaked documents and then admitted a few weeks later that he had given documents to a college professor friend, specifically so this professor could pass the information to the media – in this case, the New York Times. Comey told Congress he did this so the media could demand a new independent counsel, who Comey was sure would be Robert Mueller.

Comey is a man who took a now totally discredited dossier written by Christopher Steele to Donald Trump and was surprised that Trump was shaken by some of the viciously dishonest things written about him in it. Comey also had used this phony document to get a Foreign Intelligence Surveillance (FISA) Court warrant to eavesdrop on Americans involved in the Trump campaign.

I am sure Comey will make a lot of money as anti-Trump media personalities swoon over him and anti-Trump elites rush to buy his book.

Sadly, he will have tarnished the FBI and set a terrible precedent for future directors. After this, if you were president, would you confide in an official who could end up writing a vicious version of your conversations a year later?

Comey will go down in history as the most discredited director of the FBI we have ever had.  Remember that when you watch the self-serving interviews and fawning left-wing media reports.