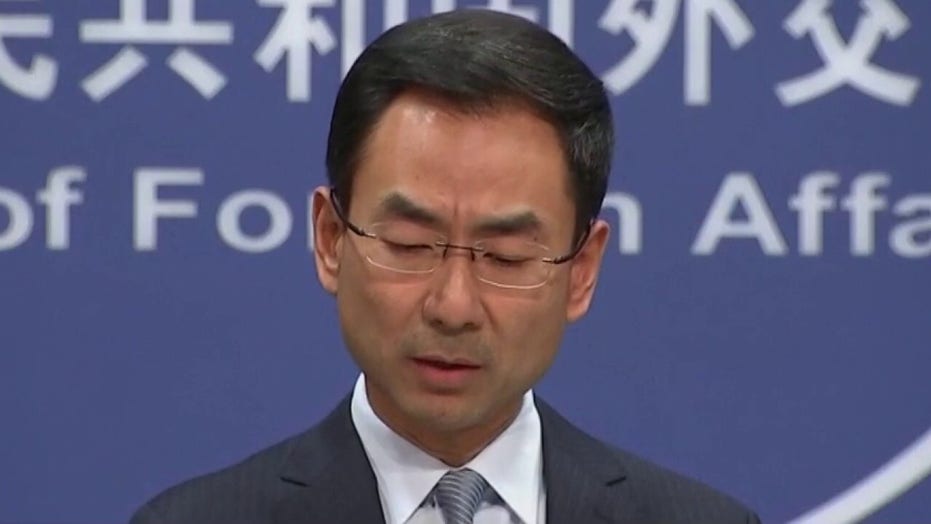 China’s Communist dictatorship mismanaged the outbreak of the coronavirus and tried to cover it up, lying to the United States and the rest of the world.

Indeed, the Chinese government is largely responsible for a local outbreak in the city of Wuhan becoming the global pandemic that has killed tens of thousands of Americans and puts tens of millions more out of work.

But we still don’t know the exact origins of the virus. Did it come from a Chinese wet market or a laboratory? We also need to figure out what responsibility China should bear for the devastation the pandemic has caused and how to hold Beijing accountable.

To examine these and other questions, I am devoting a three-part series on my podcast “Newt’s World” to looking at China and the spread of the coronavirus.

On this week’s episode, I discuss the origins of the virus and the timeline of the pandemic’s spread from Wuhan to other areas of the world. And I also ask a critical question: What did the Chinese Communist Party know about the disease COVID-19 that is caused by the coronavirus, and when did China’s leaders know it?

Of course, one of the biggest problems with probing the early stages of the outbreak is that the Chinese government isn’t cooperating with anyone.

Every country in the world stands to benefit from Beijing being forthright about what it knows and providing a true timeline of events – not a timeline of lies and propaganda.

Yet China remains unwilling to help save lives – not just in the U.S. or Europe, but also in China, which would benefit from a collaboration to combat the virus.

Looking back at that early period in January and February, I am struck by how strange some of China’s behavior was.

Remember, the Chinese Communist Party allowed the Lunar New Year banquet, which about 40,000 families attended, to be held Jan. 18. Chinese authorities must have known at that point that they were dealing with some kind of epidemic.

Even if they didn’t know how deadly and contagious COVID-19 was, they demonstrated a remarkable level of irresponsibility.

Just days later, however, the government implemented a barbaric quarantine, using methods so ferocious that China must have, at least by then, realized it was dealing with something worse than SARS.

Add China’s efforts to silence its scientists who wanted to research the virus and its repeated refusals to give information to the U.S., and it becomes clear that China bears significant responsibility for the virus’ spread.

Indeed, an analysis by the University of Southampton estimates that 95 percent of coronavirus infections would have been avoided if China aggressively intervened only three weeks earlier than it did.

There are a number of steps that Washington can take to hold China accountable, from sanctions to supporting lawsuits against the Chinese government.

My guest this week, Rebeccah Heinrichs, a senior fellow at Hudson Institute, offers several ideas for how to punish China. She also offers her expertise on the Chinese government’s actions regarding the coronavirus and what all of this means for the broader U.S.-China relationship.

And here we get to the bigger picture: We’re going to need to have a very profound resetting of our entire approach to China. The coronavirus just magnifies this fact.

After all, the Chinese Communist dictatorship is remarkably different today than the various American images of what we thought it would turn out to be – benign, non-ideological, and even democratic. But despite being brutal, this dictatorship is sophisticated and using every aspect of its society to compete with and overtake the U.S.

I hope you will listen to this week’s episode as Americans continue to fight the coronavirus and navigate a contentious relationship with China. And please look out for the next parts in my series on China and the coronavirus. The Communist Party behaved horribly, and the world needs to know the details.