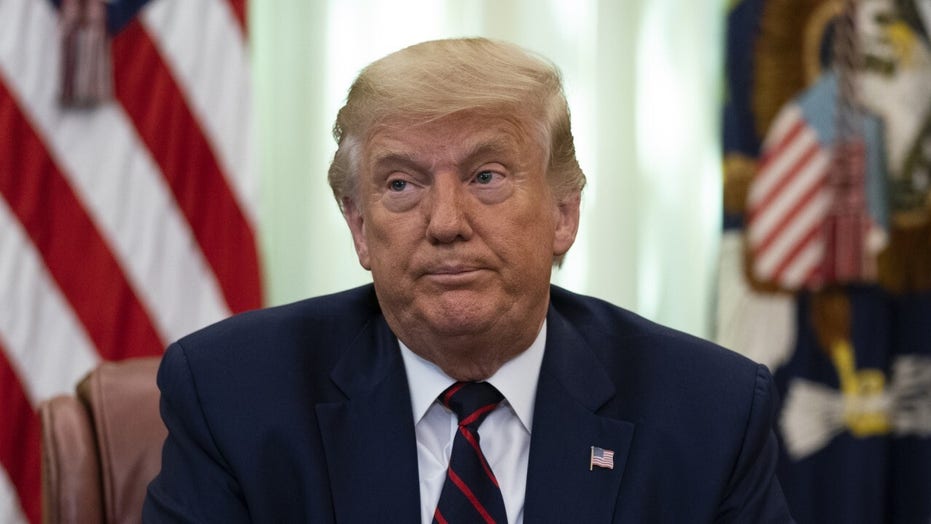 A former colleague at The New York Times once explained why he kept reading the paper even though he no longer trusted it: “I want to see what they’re up to.”

What they’re up to now is staggering. Not content with four years of biased coverage of President Trump, the Times is plunging head first into new depths of partisanship and deceit.

Just when you thought its dirty tricks couldn’t get any dirtier, it proves you wrong. A few samples from last week tell the tale.

Another front-page story that day about Treasury Secretary Steven Mnuchin gratuitously mentioned that Mnuchin’s “liberal father said he was appalled by his son’s politics.”

Inside, reporter Michael Schmidt, one of the paper’s errand boys for the deep state, alleged the Justice Department secretly “kept investigators from completing an examination of President Trump’s decades-long personal and business ties to Russia.”

Schmidt shared a Pulitzer for his coverage of the Russia hysteria. In fact, the Times coverage largely created that hysteria — and was proven to be fundamentally misleading because there was no collusion or obstruction. Yet snowballs have better odds in hell than the possibility the Times will confess its errors.

But Schmidt hasn’t given up on Russia, Russia, Russia. Naturally, Monday’s article, excerpted from his book, uses only anonymous sources.

The Times used to strictly limit anonymous sources. Now they are the only sources in virtually every “scoop” involving Trump.

Within hours, Schmidt’s claims were shot down by Andrew Weissmann, the lead prosecutor on special counsel Robert Mueller’s team. The Times ignored Weissmann’s pushback. It didn’t fit their narrative.

Tuesday’s front page was like a Joe Biden campaign ad. The lead story, without evidence, said Republicans “distorted” Biden’s record “on crime and policing” at their convention.

Nearby, a “news analysis” dispatched both the news and the analysis to deliver an undiluted opinion, with reporters writing that “President Trump has been throwing accelerant on the fire of the nation’s social unrest rather than trying to put it out …” Who needs an editorial page?

On Wednesday, executive editor Dean Baquet’s team used deceptive photo cropping to reshape reality. Trump’s visit to Kenosha, Wis., included a devastated area that looked as if a bomb hit it instead of those “mostly peaceful protests,” as the media propagandists call them.

The Times hid the devastation from readers. A front-page photo focused tightly on Trump, with no rubble visible. A separate picture of equal size showed a handful of people protesting the president’s visit. What arson, what looting — Trump’s the problem.

In case you still didn’t get the point, a front-page box referred readers to a story labeled “Trump’s falsehoods” about unrest — i.e., riots — and Biden. Apparently Biden always tells the truth about Trump.

Thursday’s top story cast doubt on the rush to find a COVID vaccine, with the headline saying “Concerns That Science Is Being Rushed in the Name of Politics.”

So why rush? Let the vaccine wait until after the election, lest Trump benefit from saving lives.

What Thursday’s paper didn’t have, and neither did Friday’s, was any mention of Nancy Pelosi’s scandalous visit to a San Francisco hair salon that was closed by state order. The only mention in the Times of the event and the video of her in the salon was an online AP story. It, however, featured a video of Pelosi calling the incident a “set up” and demanding an apology from the salon owner.

Talk about hiding the news. A casino that loaded its dice that way would get busted.

Friday’s Page One carried this headline over an editorial labeled as a news analysis: “Trump’s Trusted Ploy: Spreading Distrust.”

We are long removed from any possible claim that Baquet’s Times is fair and impartial. He has single-handedly abolished more than a century of standards in pursuit of his white whale: defeating Donald Trump.

Baquet launched his quest in 2016 but his slant then seems almost restrained compared to his scheming now. This time, the top editor has institutionalized a ruthless commitment to partisanship that I believe will someday be seen as rivaling the Times’ historic scandals.

In the 1930s, the paper cozied up to Josef Stalin and ignored the famine in Ukraine, then downplayed the Holocaust and later supported the rise of Fidel Castro while hiding his commitment to communism. Using distortions and duplicity to influence a presidential election deserves to be included in that roster of infamy.

At some point, perhaps next January, Trump will leave the White House. But what then of the Times and the many news outlets that followed it into the gutter?

They have destroyed the foundations of fairness and nonpartisanship that gave American journalism its credibility, so why should anyone ever trust them again?

How debased they have become was obvious at a Biden press conference Friday. Except for once earlier in the week, the Democrat has refused to take questions, a fact that would normally lead reporters to grill him about policies, the campaign and his health.

Instead, they fed him a diet of loaded invitations to attack Trump.

First came a question about an Atlantic magazine article where anonymous sources allege Trump disparaged dead World War I soldiers during a 2018 trip to France. The White House immediately called the story false and was supported by named people on the trip, yet the first question, from another Atlantic writer, assumed Trump is guilty as charged.

“When you hear these remarks — ‘suckers,’ ‘losers,’ recoiling from amputees, what does it tell you about President Trump’s soul and the life he leads?” the writer asked.

Biden called the alleged comments “disgusting” and “sick” but that didn’t satisfy one so-called reporter from CBS who demanded to know why the candidate wasn’t “angrier.”

And so it went, as the ostensible cream of the journalism crop took turns embarrassing themselves. If there is any competition among them, it’s to see who hates Trump most.

Government institutions that corrupted themselves in a bid to dethrone Trump, such as the FBI, the Justice Department and the State Department, are at least trying to restore their agencies’ professionalism and regain public trust.

Not the media. Tragically, most have actually gotten worse. Now they don’t even pretend to be fair and impartial.