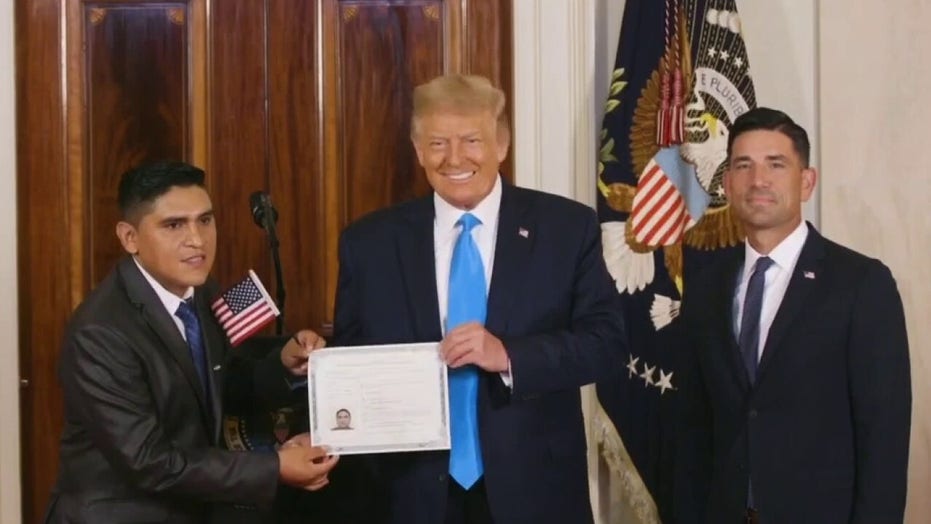 As I watched the recently concluded Republican National Convention, I was happy to see so many immigrant stories highlighted throughout the week. It was inspiring to hear former U.S. Ambassador to the U.N. Nikki Haley’s powerful speech describing her parents’ journey from India to South Carolina, and Maximo Alvarez’s family history of escaping from communism in Cuba.

I relate to these accounts of immigrants becoming naturalized citizens and fulfilling their American dream. They make me reflect on my own journey from Somalia via the Netherlands to the United States, where I have found liberty and opportunity.

For those of us who chose to come here, America really is exceptional. Indeed, sometimes it feels as if we newcomers value America more than some of those who were born and raised here.

We’ve seen poverty, violence and hopelessness much worse than anything here. We’ve lived under regimes that sought to strip us of our freedoms and promoted tribalism among our communities.

Naturalized immigrants — people like me, who opted to become Americans and did so as the law prescribes — are potentially a powerful voting bloc. And there is no reason why our default setting should be to vote for Democrats.

Yet the Republican Party has not done enough to win a significant share of our votes. Wall Street Journal columnist Kimberley Strassel praised the lineup of immigrant speakers during the Republican Convention, but she also rightly noted that “the GOP has a bad habit of assuming all it needs do is say ‘free markets’ and the converts will come.”

The opportunity is there for Republicans — one they would be foolish to squander. Because right now, many naturalized citizens are asking themselves if the Democratic Party deserves their votes.

The combination of the rhetoric that Democrats put on display at their convention last month, along with their disconcertingly radical policy agenda, is — to put it mildly — off-putting.

It is unlikely that anyone who has experienced real oppression, or who has witnessed real ethnic conflict, would voluntarily decide to uproot his or her life to move to a country characterized by “systemic racism.” Yet at the Democratic National Convention, speakers consistently berated America and its existing institutions.

Democratic vice presidential nominee Sen. Kamala Harris, whose parents were immigrants, explained that the problems we are facing in America today are “the effect of structural racism.”

Presidential nominee and former vice president Joe Biden melodramatically asked: “Will we be the generation that finally wipes the stain of racism from our national character?”

Even after the Democratic Convention, former first lady Michelle Obama lamented on her podcast about times in her past when she was ignored by White people.

“What White folks don’t understand,” Mrs. Obama said, “it’s like that is so telling of how White America views people who are not like them. You know, we don’t exist. And when we do exist, we exist as a threat. And that, that’s exhausting.”

It is jarring for a recent immigrant to listen to this kind of thing from a Black woman who was first lady for eight years and is perhaps the most popular American woman alive. Her Black husband was elected president, after all — twice.

And Kamala Harris was elected as California’s attorney general and then to the U.S. Senate before Biden chose her as his running mate.

American racism certainly doesn’t look very systemic to me, compared with all the other countries in the world where careers like Barack Obama’s and Kamala Harris’ would simply be impossible.

I wrote in The Wall Street Journal in June that I feel obliged to speak up when I hear people claim that the U.S. is defined above all by racism. But I am not the only one who needs to speak up.

The leaders and candidates of the Republican Party need to speak up as well. They need to speak loudly. Not only on big stages at national conventions, but to immigrant communities across the country.

Most individuals who have come here and become citizens assume that the Democratic Party is their natural home. Why is that? Because the Democrats mobilize in their neighborhoods. They focus grassroots efforts in immigrant communities. They go door-to-door, earning immigrant votes. They go onto university campuses and campaign.

For the last few months, mailboxes have been overflowing with pamphlets promoting Democratic candidates. My email inbox and social media feeds highlight these same candidates.

Where are the Republicans? They need to get out and earn votes. Especially in communities that traditionally have not voted for Republicans. Or have even Republicans come to accept the claim that the Democratic Party is the party for immigrants?

Americans today are being offered two very different versions for their future. The version that the Democrats offer looks more and more unappealing. It’s a future of even bigger government, even more regulation, higher taxes, and a national version of progressive campus politics — in short, California writ large.

This is not the future that most immigrants want. Immigrants come to America and become citizens looking for political freedom, economic opportunity and secure property rights.

It is not that immigrants have come here looking for Utopia. They know America isn’t perfect. They are simply looking to work hard and to care for their families under a constitutional system designed above all — more than any other in the world — to guarantee freedom to the individual under the rule of law.

Those of us who have come here love this country and the idea of freedom. We’ve chased it from all corners of the globe. I am not the only one who would never trade my life in America and go back to the countries of Somalia, Kenya and Saudi Arabia where I grew up. Even Holland, for all its virtues, has less to offer me.

Whether you fled communism in Venezuela, civil war in Somalia, the Chinese Communist Party, or the caste system in India, you came to America for freedom and opportunity. Yet the Democratic Party has been so captured by the ideology of the campus left that it seems to believe that America no longer offers this — and never did.

Sections of the Republican Party may well stand for America First. Yet it cannot hope to prosper if it implicitly puts native-born Americans first. We naturalized Americans deserve a real political choice.

Republicans still have time to give us that choice. They need to go out and do it.