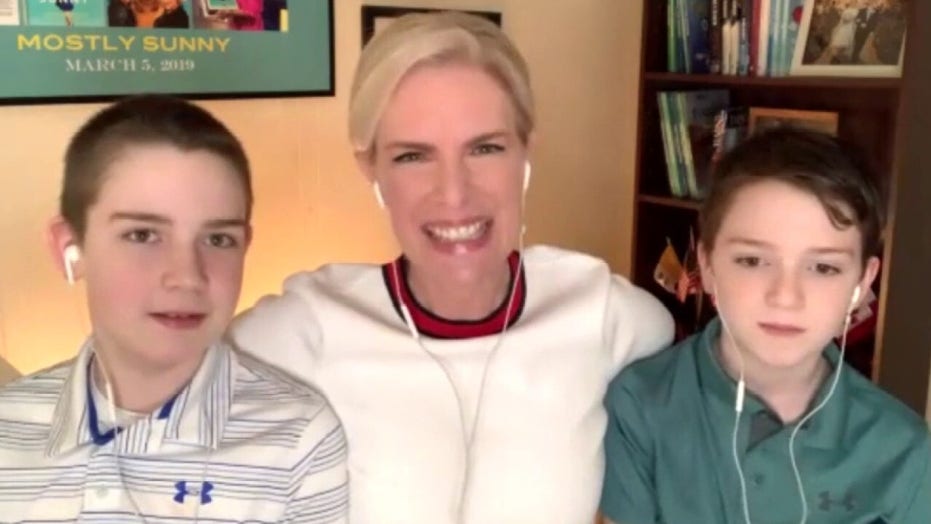 As we celebrate our mothers and grandmothers this weekend, I can’t help but think back to some of the quintessential and iconic characters who have played moms on television.

As a general rule, it’s almost never a good idea for a child to be “raised” by sitcom parents – but we nevertheless all have our favorite ones.

I was only 9 when my own mother died of cancer, so maybe that’s why some of the fictionalized women on my television set played an oversized role in my childhood. Unlike my own situation, every problem on the “tube” was resolved within 30 minutes, and none of the characters ever let me down.

Florence Henderson was probably my favorite.  She was best known as Carol Brady, the “lovely lady … who met this fellow” on the iconic 1970s sitcom “The Brady Bunch.”

The program wasn’t much of a ratings hit during its initial run, but the show found its niche when it first aired in syndication in 1975. It’s been on the air ever since. Many people know every episode by heart.

Some of the show's success is undoubtedly due to Henderson’s take on the role of family matriarch, which made Mrs. Brady one of the most famous TV moms in history.

“I portrayed Carol Brady as the mom I always wished I had,” Henderson once shared, reflecting back on her own troubled upbringing.

“I wanted to portray Carol as a loving, fun, affectionate mother and it seemed to resonate with a lot of people who maybe had the same situation I did growing up.”

Not only did my mom die when I was in the fourth grade, but my dad struggled with alcoholism and left the family when I was only five.

I desperately wanted a stable, idyllic family life -- something like what was found with the Bradys. And while I now know that the shows I watched as a boy romanticized family life, there’s still something to be said about showing life as it could be … and maybe, to some point, as it should be.

After all, who doesn’t want to grow up in a home where mom and dad love each other? Where the kids know they can trust and depend on their parents to provide a sense of safety and draw good boundaries?

“Leave it to Beaver” is often lampooned these days as a show that isn’t just outdated – but also a series that exaggerated life during the 1950s and early 1960s.

Well, of course, it did. It was television!

Reality shows didn’t come along for almost 50 years -- and we all know some of the "reality" in those shows is equally staged.

June Cleaver’s sweetness reminded me of my own mom’s tender heart. As my mother lay dying, she asked me to go buy and then plant chrysanthemums outside her window. They were her favorite flower.

circa 1955: Studio portrait of American actor Barbara Billingsley seated and wearing a white blouse with lace stitching over a black ruffled skirt. She played June Cleaver in the television show 'Leave it to Beaver.' (Photo by CBS Photo Archive/Getty Images)

I did exactly as she told me.

By the time they grew and bloomed, my mom was gone, but every time I saw them – and see the flower – I think of her. I believe that was her plan from the beginning.

What few people know is that Barbara Billingsley, who played the character, was actually widowed 6 months before the show debuted.

Her real life was nothing like the Cleavers. She later said the role was a “happy experience” and “very timely” as she processed her grief. It gave her hope that better days were coming.

Clair Huxtable on the “Cosby Show” was played by Phylicia Rashad. Her character was a smart woman who loved her children and was also their advocate – but who understood a mom has to be willing to teach her children hard lessons.

Bill Cosby’s horrific crimes have tarnished the legacy of the show, but in a recent interview, Rashad shared that a goal of the series was “to show and demonstrate that people are much more alike than we could ever be different.”

Rashad recalled the late Nelson Mandela telling her he used to watch each week from prison with the guards – and that the humor and diversity of the program softened them and drew them closer.

“That’s the power of good intentions,” she noted.

And that’s the power of a positive example. Good television and redeeming stories can inspire us – and so can the real-life trials and triumphs of the people who play the roles of the program's iconic characters.