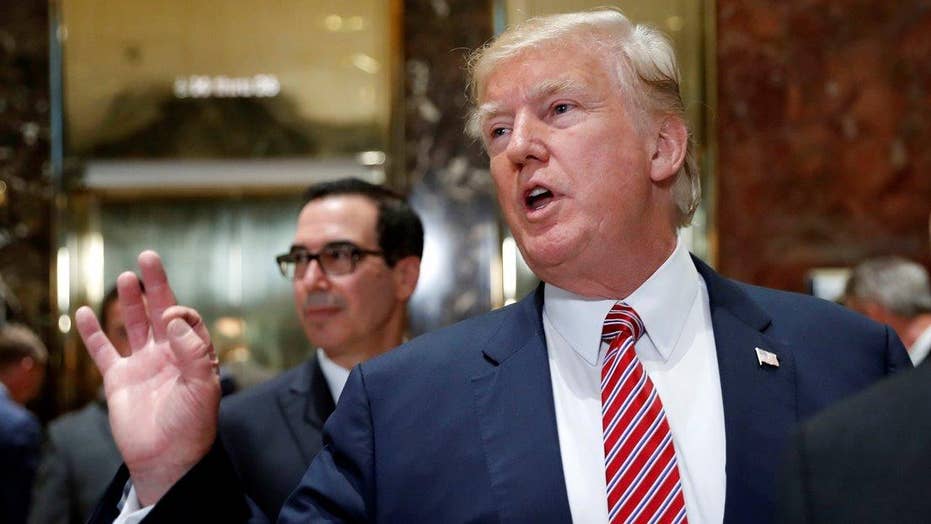 In the 2004 puppet satire film “Team America: World Police,” a grotesque, gluttonous and evil Michael Moore rants outside Mount Rushmore and eventually – strapped with dynamite like a suicide bomber – blows it up.

One would think that members of the political left would stop becoming the absurd caricature that people like the producers of the film – Trey Parker and Matt Stone – keep making them out to be. But the absurdity goes on.

What started out as an issue of the right to assemble and protest against the removal of a statue of Confederate Gen. Robert E. Lee in Charlottesville, Va., devolved when two extreme groups of political weekend live-action role players confronted each other. This is part of a new obsession by the Democratic Party with removing Confederate statues and monuments that have been around for close to a century or more.

I personally don’t have an opinion on keeping or removing Confederate monuments. I’m perplexed as to why cities like New York and Baltimore have them.

I don’t think the Democratic Party should get away with erasing reminders of its racist history and support for slavery, which drove the country to the brink of being torn apart – followed by the party’s support for racial segregation and discrimination for nearly another 100 years. On the other hand, I don’t think traitors who waged war against America should be honored with such monuments.

But here we are and once again. Thanks to Democratic and media overreach (terms you will never hear from Chuck Todd or Politico when it comes to that side of the aisle) the “debate” has moved from Confederate statues to all monuments of our Founders, because we are told our greatest sin – the enslavement of Africans – cannot be healed until such monuments are removed.

I sympathize with the arguments that African-Americans attend schools or live on streets named after Confederate heroes. The problem here is a statue never prevented someone from getting an education, scholarship, college degree and high-paying career. That’s how the painful memories of slavery and the Confederacy are defeated.

House Democratic Leader Nancy Pelosi, who talks as though she is a first-term representative from California, recently said: “The Confederate statues in the halls of Congress have always been reprehensible.” Yet they were somehow tolerable from the years 2007 to 2011 when she was speaker of the House and Dems had a supermajority in Congress.

In perhaps a failed attempt to regain some the attention for shocking ideas that the left was long known for, an opinion writer for the Vice website even suggested destroying Mount Rushmore with an act of domestic terrorism in a piece originally headlined “Let’s Blow up Mount Rushmore.” Vice later changed the headline to say “Let’s Get Rid of Mount Rushmore”  and apologized for the original headline, which it called “misguided and insensitive.”

The call to destroy Rushmore is particularly puzzling since neither Presidents Abraham Lincoln nor Theodore Roosevelt (who entered the White House decades after slavery’s abolition) owned slaves.

When President Trump merely suggested that monuments to slaveholder Presidents Jefferson or Washington (both of whom are also memorialized on Mount Rushmore) could be next targeted for removal by historical revisionists, mainstream network and web media melted down and treated such a notion as the Twitter rants of a crazy man (Trump has been less than exemplary on this issue).

But no sooner than the president floated that idea did CNN contributor Angela Rye make that exact demand during an on-air segment. “I wasn’t someone – my ancestors weren’t deemed human beings to him. To me, I don’t care if it’s a George Washington statue or a Thomas Jefferson statue or a Robert E. Lee statue, they all need to come down … I’m calling out white supremacy for what it is,” Rye stressed. Rye is not alone, not by any stretch of the imagination.

I’m willing to make Sharpton a deal here. If we are to defund monuments to “notorious racists” throughout our history, then I’m willing to agree to defunding the Jefferson Memorial on one condition. He and the Democratic Party must agree to defund eugenicist Margaret Sanger’s Planned Parenthood. That includes removing her bust from the Smithsonian Institution, which should also be defunded if it refuses to do so. This is the game the left has chosen to play.

All this absurdity hasn’t stopped at removing all monuments to imperfect Americans. In New York City, Mayor Bill de Blasio has vowed to remove a plaque dedicated to Philippe Petain, a French military hero in World War I who was convicted of treason for his role heading the government of Vichy France that collaborated with the Nazis during World War II. Because America’s sins are not enough, we must now extend our shame and guilt to foreigners in the 1940s.

But that move isn’t even the mayor’s most ridiculous. MTA New York City Transit has ruled that subway tiles that resemble the Confederate battle flag  are to be replaced in subway terminals around the city. Because removing tiles will solve the city’s problems with the subways – just as removing Confederate monuments in Baltimore will solve its murder epidemic.

Pro tip: If you see the Confederate flag in completely unrelated subway tiles, you might have an overactive imagination.

Seattle’s mayor wants to remove both a Confederate monument and a private monument to Russian Communist revolutionary and leader Vladimir Lenin. In all fairness to the weirdos of Seattle, a Lenin statue makes more sense than a Confederate one to begin with. The Lenin statue also sits on private land, so congrats political left, you have this Fox News contributor now defending the right to display that one as well.

Just as they are prone to do, the media and Democrats have been swept away by a shiny object, gladly handed to them by newly ousted White House Chief Strategist Steve Bannon. Bannon told the liberal outfit American Prospect that “the longer they talk about identity politics, I got ’em. I want them to talk about racism every day. If the left is focused on race and identity, and we go with economic nationalism, we can crush the Democrats.”

Bannon literally spilled out his entire plan and the Democrats still go for it.

The Charlottesville march was never about a statue as much as it was about a bunch of entitled upper middle-class white kids demanding the media give them their due attention for imaginary grievances, as the media did with the Occupy Wall Street and other protest movements on the left.

But here Democrats are turning the narrative away from President Trump’s apologetic comments toward white nationalists, to ridding the nation of its historical monuments. It’s not an issue they can win.

A recent Marist Poll shows a majority of Americans don’t want any monuments removed, including Confederate statues. That includes 44 percent of Democrats polled.

The majority of the country is with President Trump on this – not the media bubble and not the Democrats, who once again think they have a gotcha moment on a president who keeps magically escaping gotcha moments. Democrats and their media enablers have once again proven to the voting public that they are completely inept, by somehow acting crazier than President Trump.