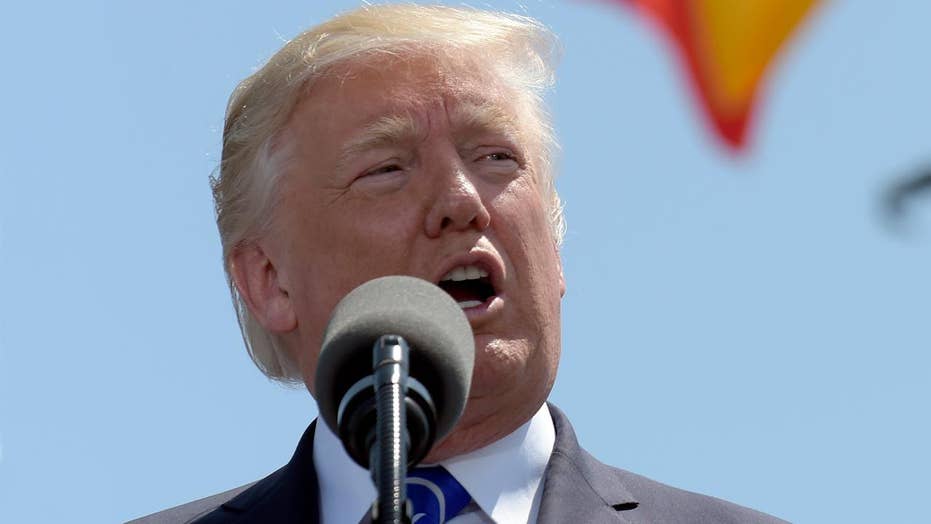 So now the media meltdown over President Trump – replete with double standards and Shakespearean irony on a daily basis – has turned down a dark road.

The ugly smears of Kellyanne Conway, Counselor to the President and the first woman ever to manage a successful presidential campaign, and Deputy White House Press Secretary Sarah Huckabee Sanders, come from those who claim to champion the accomplishments of women and advocate for their equality – the liberal news and entertainment media.

Specifically MSNBC, the unapologetically far left-wing cable network, and NBC’s "Saturday Night Live" – which has become a weekly Trump bash-a-thon – are the origins of these assaults on two highly accomplished, professional women.

MSNBC's female hosts such as "Morning Joe’s" Mika Brzezinski are always the first to scream “sexist!” at any comment they deem the least bit controversial by anyone to the right of Bernie Sanders.

"Saturday Night Live" openly campaigned for the election of Hillary Clinton, and cast members admitted they wept on Election Night when she lost.

Back in February, Brzezinski and her co-host, former Republican Congressman Joe Scarborough, announced they would no longer have Conway on their show.

Then, a few days ago, Brzezinski and Scarborough accused Conway of privately trashing Trump after she did segments with them, off the air, back during the campaign. Further, they claimed she told them she was only working for Trump for the money. Again, all of this after they have prohibited her from coming onto their show in her own defense.

This is absurd. I have known Kellyanne Conway for over twenty years. She is woman of great integrity and spotless character. I watched her build, from scratch, a highly successful business despite turning away clients who didn’t share her values and core beliefs.

As Donald Trump’s campaign manager, Kellyanne was the first woman to elect a president and had numerous opportunities to parlay that success exponentially. If money were her motivation, she would have cashed out instead of going to help our new president and her nation.

Let’s also remember when she came aboard the campaign it was drifting and floundering, having been mismanaged by people who were either a) in over their heads, or b) so stuck in the tired political practices of the past they were oblivious to new realities that demanded different strategies in order to win.

She helped Trump figure out how to win the White House. She doesn’t need the aggravation or the money; she has proven her worth in spades and beyond. Through all of the attacks she has remained steadfast and loyal to the president, and that is a great credit to her.

Bryant, playing Sanders, and standing next to “Sean Spicer” played by Melissa McCarthy, told “reporters” at the faux White House briefing that her “father is Mike Huckabee. My mother is a big Southern hamburger.” Throughout the skit she eats an apple.

What is this, a creative and successful comedy classic or a playground scene featuring first-graders?

Assuming there are actual grown-ups at NBC and its parent company Comcast, it’s time they exercise some needed adult supervision. They shouldn’t kid themselves.

It’s too bad.  Although always playing to their left-leaning audience "Morning Joe" used to be one of the smartest morning shows but unfortunately it has lost perspective and self-awareness.

The hosts’ hostility has crossed a line and even liberal commentators said Saturday Night Live went too far.

The networks should be mature enough to realize that disagreeing with this administration is no reason to discard the support for powerful women and female equality – unless, as seems to be the case, that was mere pretense anyway.