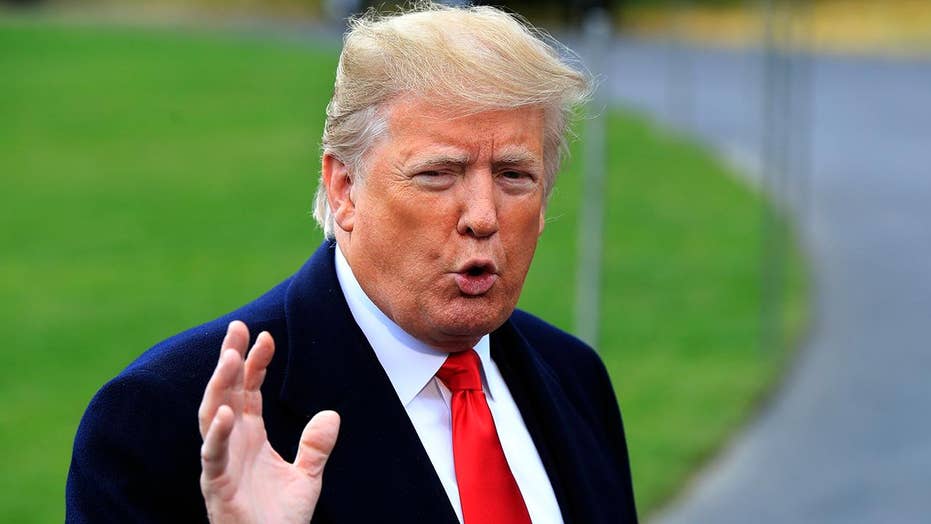 How the GOP is using the strong economy to its advantage

The midterm elections Tuesday are a referendum on the successful tax cuts, deregulation and pro-growth economic policies of President Trump and the Republican majorities in the U.S. House and Senate.

Democrats campaigning to seize control of both houses of Congress are embracing far-left policies – some even openly proclaiming their fondness for socialism – that would derail the progress of the past two years and raise your taxes.

Voters wisely rejected failed Democratic polices in 2016 when they put Donald Trump in the White House and returned Republican majorities to the House and Senate. While President Trump isn’t on the ballot Tuesday, his policies are.

If Democrats win majority control of the House (as polls predict) or the Senate (something not expected) they will do all in their power to overturn the Trump economic achievements that have created the prosperous economy our nation is enjoying today.

Democrats still have no idea what happened in 2016, when voters turned thumbs-down on Hillary Clinton’s presidential bid and on most Democrats running for the House and Senate.

The American people elected President Trump because they were tired of the manifest failures of President Obama’s administration and congressional Democrats: slow economic growth, slow job growth and slow wage growth. Clinton was promising more of the same. Voters wanted a change.

The Democratic Party and its Deep State are still resisting, starting with the Obama himself, who is crisscrossing the country now campaigning for Democrats who embrace his failed policies. In asking voters to vote for Democrats who support his unsuccessful economic ideas, Obama seems to be saying to voters: if at first you don’t succeed, fail, fail again.

Obama apologists laughed at candidate Trump when he promised to restore America’s economy to its long-term growth rate of 4 percent – more than double President Obama’s eight-year average growth of less than 2 percent. The Obama apologists said a growth rate of less than 2 percent was the “new normal.” America could no longer grow at its historic rates. Only ignorant “Deplorables” didn’t know that.

But President Trump understood that if he restored the pro-growth policies of President Reagan – especially enacting marginal tax rate cuts and deregulation – America would enjoy booming growth, just as it did when Reagan was in office.

Within six months of President Trump’s inauguration, the U.S. economy was growing at an annual rate of 3 percent – 50 percent faster than under President Obama. In less than two years, President Trump has succeeded in getting America’s economy growing at a rate of over 4 percent annually.

Meanwhile, not a single Democrat in the House or Senate voted for the Trump tax cuts. And Democrats running for seats in both chambers are now campaigning to reverse those tax cuts. If Democrats succeed, they would be burdening the American people with the largest tax increase in our nation’s history.

This is the first time Democrats are explicitly campaigning to increase taxes since their presidential candidate, former Vice President Walter Mondale, did so in 1984. Mondale won the electoral votes of Massachusetts and the District of Columbia, while President Reagan won the other 49 states.

Under President Trump’s pro-growth Republican economics, America is pursuing polices like those of Reagan – the exact opposite of Obama’s failures.

Bottom line: President Trump and the Republican Congress have produced the most inclusive recovery in American history.

If you ask Democrats today what policies create jobs and rising wages, they can’t tell you. Unlike President Kennedy and Democrats of his era, Democrats today don’t understand that lower taxes create economic growth, jobs, higher wages and prosperity.

Instead of cutting spending, President Obama gave our nation the highest spending, deficits and debt in American history, increasing the national debt more than all other prior presidents from George Washington to George W. Bush combined.

Instead of monetary policies to stabilize the dollar as supported by Presidents Reagan and Kennedy, President Obama accommodated a decade of zero interest rate monetary policy and $4 trillion in “quantitative easing,” which remains the greatest threat to American economic growth to this day.