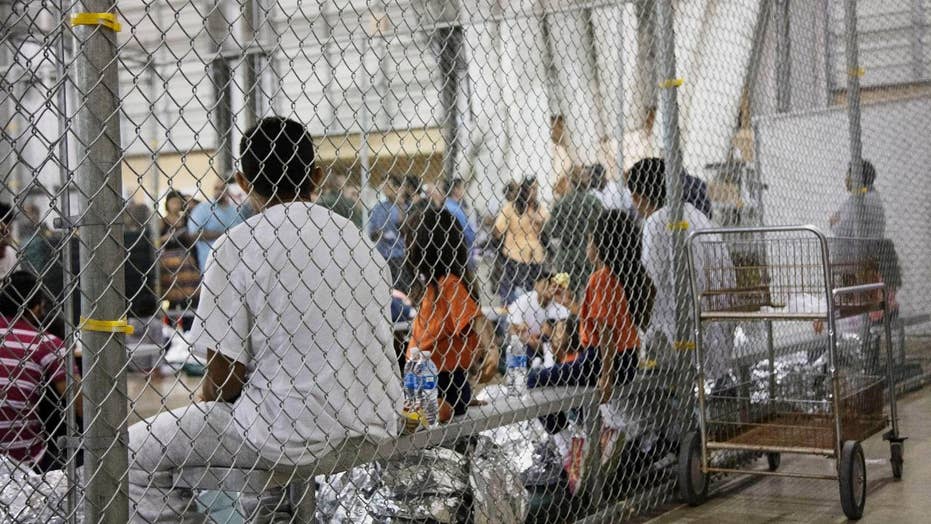 Laws and loopholes that created the illegal immigration crisis

Does the president’s bigotry know no bounds? During a town hall appearance on Saturday, he inveighed, “Should we want to encourage newcomers to learn the language of the country they’re moving to? Of course.” Before social justice activists could condemn the xenophobic remarks, the president expounded. “It’s not racist to say if you’re going to be here then you should learn the language of the country you just arrived at,” he insisted. “We need to have some sort of common language in which all of us can work and learn and understand each other.”

And who must bear the burden of establishing trust? According to the president, it’s the immigrants themselves. “Reducing fear on the part of people who are already there…requires some levels of adaptation from the people who are coming in,” he demanded. Unsatisfied merely dog-whistling to his nativist base, the president proceeded to blame immigration itself for certain social problems. “We are still wired to only be able to process knowing about 150 people in our brains,” he seethed. “So now suddenly we are in cities with strangers we don’t know and we are asked to trust them, and it goes against some of our impulses.”

Perhaps it goes against the vicious impulses of a bigoted president, but Barack Obama doesn’t speak for everyone.

MICHAEL KNOWLES: JOE BIDEN'S HUGS AND KISSES HAVE MADE HIM A PUNCHLINE, AND NO POLITICIAN CAN SURVIVE THAT

Oh, maybe I should have mentioned that earlier. Donald Trump never said any of those things. The remarks came from our nation’s 44th president, not our 45th. Obama addressed the question of immigration over the weekend during an event for the Obama Foundation in Berlin. Though his comments contrast sharply with the Democratic Party’s present open borders activism, until recently leading Democrats considered such opinions common sense.

As recently as 2009, Senate Minority Leader Chuck Schumer condemned illegal immigration as “wrong — plain and simple.” Four years earlier, Barack Obama campaigned on a platform of ending illegal immigration, explaining “We simply cannot allow people to pour into the United States undetected, undocumented, and unchecked.” Aside from the obvious security dangers, unvetted illegal immigration, Obama noted, is unfair to “the line of people who are waiting patiently, diligently, and lawfully to become immigrants in this country.”

Since President Trump’s election in 2016, Democrats led by House Speaker Nancy Pelosi have opposed all proposals to construct and reinforce fencing along the southern border. Many have gone so far as to condemn physical border barriers as “ineffective and immoral,” despite evidence that fencing has reduced illegal crossings in certain areas by as much as 95 percent. Democrats have become the party of open borders.

Unfortunately for 2020 presidential hopefuls, public polling shows that Americans continue to consider immigration the nation’s most pressing problem. And today, Barack Obama could not win the Democrat nomination for president. Democrats’ radical and reflexive opposition to President Trump now puts them at odds with leaders of their own party and their own most recent president, whose mild immigration views they condemn as immoral.

Such extremism might win Democrats plaudits from pundits, radicals, and illegal aliens. It will also lose them the White House.