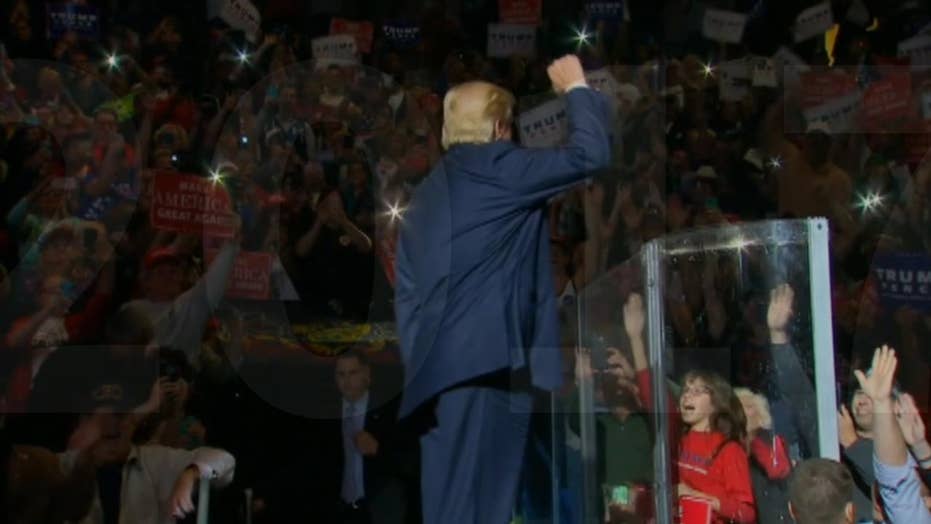 It’s been over one year since President Trump was elected. From Wall Street’s record highs to historic unemployment, here’s a look at how the economy has fared under President Trump.

Speaking as Congress neared final approval of the historic tax bill, White House Press Secretary Sarah Sanders hailed the culmination of a year of major accomplishments. She cited the defeat of the Islamic State, the creation of 1.7 million new jobs, the lowest unemployment rate in 17 years, a rollback of excessive regulations, and more than 60 record highs of the stock market.

It is an impressive list, yet a catch was reflected in a question. Why, a reporter asked, in the face of such accomplishments, do polls show President Trump’s approval stuck at under 40 percent?

Sanders is good on her feet, and her answer was aggressive without being incendiary. She blamed the media for its lopsided coverage, saying it ignores accomplishments to focus on “other things” and echoed studies showing that 90 percent of TV coverage of Trump “has been negative.”

She’s absolutely right — in fact, she understated the bias that drives much of the anti-Trump coverage around the clock and around the country. And she’s right to hope that the tax bill’s help for families will help Trump’s standing in the polls.