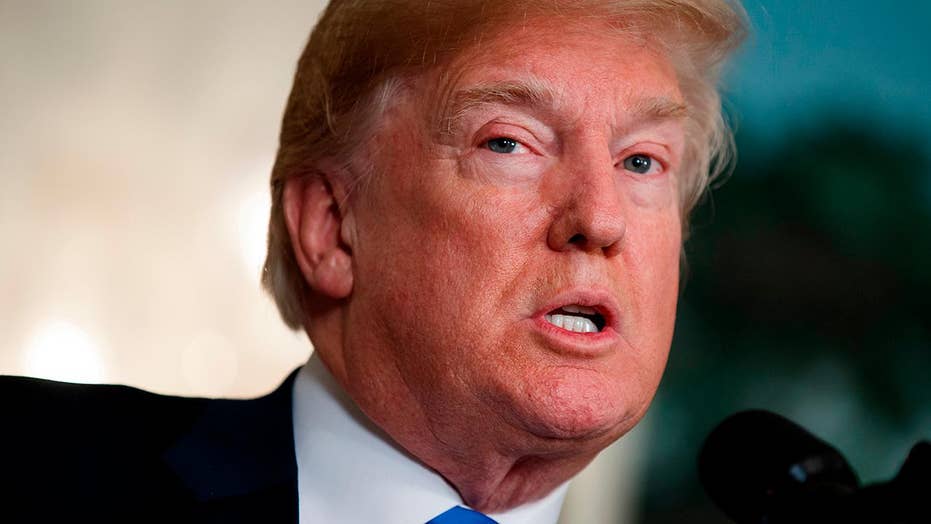 President Trump is using NAFTA as a lever as a caravan of migrants heads to U.S. southern border. John Roberts reports from the White House.

“Luck is the residue of design,” baseball executive Branch Rickey said many years ago. His observation is one that President Trump can appreciate.

Group claims it is being used as a bargaining chip against Mexico. William La Jeunesse has the story.

Just as some of the president’s supporters were questioning his commitment to border security and building the wall, an organized caravan of some 1,500 migrants moving north from Central America is giving Trump an unexpected opportunity to prove he isn’t wavering.

“We’re going to be guarding our border with the military,” he said Tuesday as he called on Mexico to stop the group.

If she were president, Hillary Clinton likely would have rolled out the welcome wagon.

Although it was unclear about whether he meant the National Guard, the president’s comments served as another illustration of the consequences of the 2016 election. If she were president, Hillary Clinton likely would have rolled out the welcome wagon.