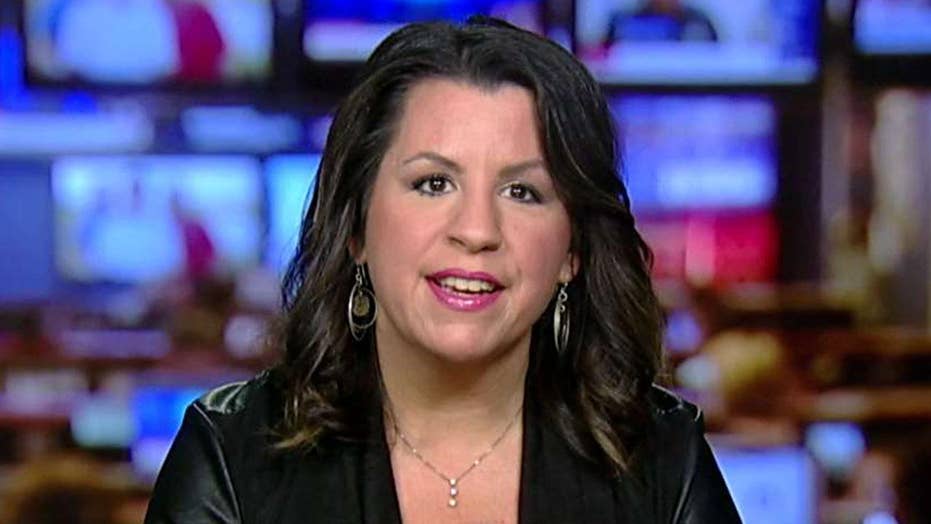 A message to liberal feminists from a conservative woman

The 19th Amendment to the Constitution was ratified in 1920, giving women the right to vote. But ironically, nearly 100 years later we’re still not fully free to exercise that right as we see fit, according to today’s feminists.

Now, instead of having men or the government controlling our behavior, other women are attempting to control our thoughts and tell us what we must do. According to modern day feminists, we are obligated to fall in lock step with them simply because we share the same body parts.

Isn’t the entire point of feminism for women to empower each other to be whoever we want to be, and do anything we want to do?

It turns out we didn’t read the fine print that says: except if you’re conservative, then you need to shut up because someone is obviously doing the thinking for you. Someone old and white and male. Because no legitimate, card-carrying female with our body parts would ever dare have a thought different from ours.

It’s been almost a year since the presidential election, but the liberal feminists still can’t wrap their heads around the fact that a majority of white women voted for a man instead of a woman for president.

One would think it’s time that we all channel our inner snow queen and “let it go.” But that’s not happening.

If you’re Hillary Clinton, it’s more fun instead to kick off a blame-game book tour and talk about all the reasons you lost (none of them your fault, of course).

Then, essentially accuse women who didn’t vote for you of being too dumb to think for themselves, by saying they voted the way their husbands and boyfriends told them to vote. Because, surely, a woman could never reject your candidacy on her own. Three cheers for girl power.

Then you have your like-minded feminist girl tribe come out and reinforce your attempt at women-shaming. Michelle Obama said women who didn’t vote for Hillary “voted against their own voice.”  Is Mrs. Obama trying to tell us she voted in favor of her own voice in 2008 by secretly voting for Hillary instead of her own husband?

Her remarks were shortly followed by this gem from tennis icon Billie Jean King:  “I’m upset with the white women that voted for Mr. Trump. I think they really don’t like themselves.”  But the truth is, we like ourselves just fine – we just didn’t happen to like your candidate all that much.

The dictionary describes the women’s movement as “a broad movement campaigning for women’s liberation and rights.”  Don’t those rights include the ability to think independently and come to a conclusion that differs from other women?

Technology executive and author Sheryl Sandberg said: “In the future, there will be no female leaders. There will just be leaders.”  If that’s truly the endgame, how can we ever hope to stop differentiating between the two if we’re always throwing around the gender card?

If we’re making a practice out of shaming other women instead of empowering them and embracing our differences, then this exclusive type of feminism is really just a front for a particular brand of politics that really has nothing at all to do with women..  It’s time we call it just that.

Take the Mark Halperin and Harvey Weinstein sexual harassment scandals that recently broke, with the news about Halperin coming out even as the Weinstein revelations still reverberate. Weinstein’s accusers total at least 50 women over a period of 30 years, yet we’re just hearing about it now.

Women who were allegedly victimized by Weinstein were too afraid to speak out. As we’ve also discovered, other Hollywood elites saw it play out and sat on the sidelines in silence, including Jane Fonda, who has been a women’s rights activist for years. She recently said: “I guess it hadn't happened to me, and so I didn't feel that it was my place,” when explaining the reason for her silence and admitting that she knew about Weinstein.

Hillary Clinton’s presidential platform leaned heavily on being a champion of women’s rights, yet it took her five days to issue a statement about Weinstein. What was there to deliberate over for five days when women say they have been sexually abused for the last 30 years by a Hollywood bully?

A bully who happened to donate a lot of money to the Clinton Foundation, it’s worth noting.  The foundation recently announced that it won’t return up to $250,000 in donations from  Weinstein.

For decades we’ve been led to believe that feminism is about women. In reality, today’s feminism has very little to do with women. It’s an elitist, exclusive club where the rights of women are championed only if you are certain brand of woman and only if it suits a liberal political agenda.

If you are part of the 42 percent of women in this country who voted for President Trump you are not welcomed, empowered, or supported. Instead, you are shamed, criticized and reprimanded.

Women have made great strides and come too far in the last 100 years to be bullied into falling blindly in line with other women out of some fabricated sense of duty based purely on the fact that we share the same body parts. In that sense, Hillary’s loss was a victory for women – proof we won’t be controlled or manipulated by anyone.

If you want our vote bring something more to the table than the XX chromosome.