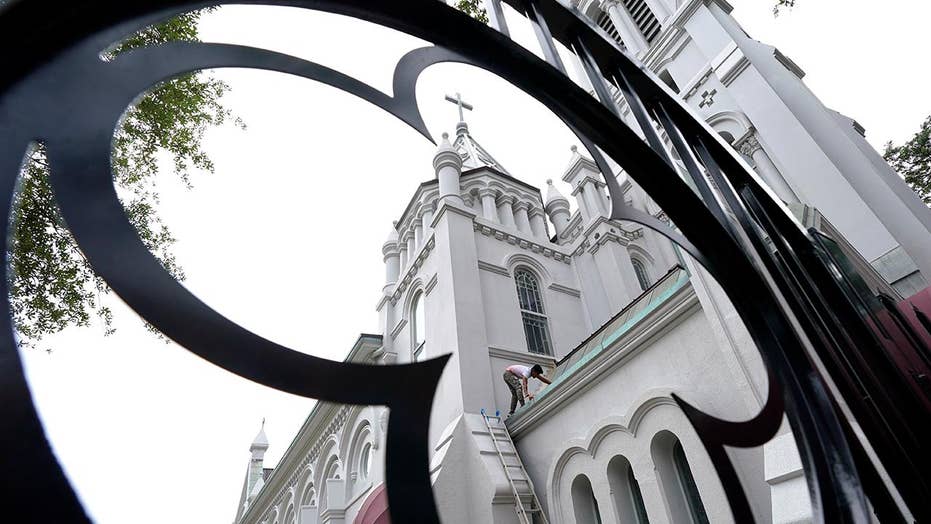 University of Notre Dame President Father John Jenkins on how Easter and Passover traditions are being changed by coronavirus.

There has been much discussion recently over what to believe. Are the coronavirus numbers accurate? Are the reports from other countries dependable? Dare we be optimistic about treatments and vaccines?

Like you, I’ve struggled to separate caution from overreaction.

There was one headline, however, that we can quickly discard. Don’t believe it. Don’t fall for it. The message just ain’t true. Here it is: “Easter Canceled.” The article detailed the sad reality that most church sanctuaries will be closed this coming Sunday. Hence, the announcement, “Easter Canceled.”

Hence, my reply, “Not on your life, friend.”

Easter cannot be canceled. The church doors might be closed, but the promise is alive and well. What the angel said on the first Easter, he says still.

It was Sunday morning after the Friday execution. Jesus’ final breath had sucked the air out of the universe. As His body lay breathless in the grave, no one was placing bets on a resurrection.

His enemies were satisfied with their work. They raised a toast to a dead Jesus. Their only concern was those pesky disciples. The religious leaders made this request of Pilate, “So give the order for the tomb to be made secure until the third day. Otherwise, His disciples may come and steal the body and tell the people that He has been raised from the dead” (Matt 27:64).

No concern was necessary. The disciples were at meltdown. When Jesus was arrested, “All the disciples forsook Him and fled” (Matt 26:56). They cowered in Jerusalem’s cupboards and corners for fear of the cross that bore their name.

No one dreamed of a Sunday morning miracle. Peter didn’t ask John, “What will you say when you see Jesus?” Mary didn’t ponder, “How will He appear?”

They didn’t encourage each other with quotes of his promised return. They could have. At least four times Jesus said words like these: “The Son of Man is being betrayed into the hands of men, and they will kill Him. And after He is killed, He will rise the third day.”

You’d think someone would mention this prophecy and do the math. “Hmm, he died yesterday, today is the second day. He promised to rise on the third day. Tomorrow is the third day. … Friends, I think we better wake up early tomorrow.”

But Saturday saw no such plans. On Saturday, the enemy had won, courage was gone, and hope caught the last train to the coast. On Sunday, the women went to the tomb to embalm Christ, not talk to Him. But then they saw and heard the angel.

Three words in English. Just one in Greek. "Egerthe." So much rests on the validity of this one word. If it is false, then the whole of Christianity collapses like a poorly told joke. Yet, if it is true, then God’s story has turned your final chapter into a preface. Egerthe! He has risen!

Not risen from sleep. Not risen from confusion. Not risen from stupor or slumber. Not spiritually raised from the dead, physically raised. The women and disciples didn’t see a phantom or experience a sentiment. They saw Jesus “in the flesh.” “It is I myself!” (Luke 24:39), He assured them.

The Emmaus-bound disciples thought Jesus was a fellow pilgrim. His feet touched the ground. His hands touched the bread. Mary mistook Him for a gardener.

Thomas touched His wounds. The disciples ate fish that He cooked. The resurrected Christ did physical deeds in a physical body. “I am not a ghost” (Luke 24:39 NLT), He assured. “Handle Me and see, for a spirit does not have flesh and bones as you see I have” (Luke 24:39 NKJV).

The bodily resurrection means everything. If Jesus lives on only in spirit and deeds, He is but one of a thousand dead heroes. But if He lives on in flesh and bone, He is the King who pressed His heel against the head of death’s snake. What He did with His own grave, He promises to do with yours: empty it.

Entrust your life and your death to the Hero of Easter. Believe in the One who declared:  "I am the resurrection and the life. He who believes in me will live, even though he dies; and whoever lives and believes in me will never die" (John 11:25-26 NIV).

Winston Churchill did. The prime minister planned his own funeral. According to his instructions, two buglers were positioned high in the dome of St. Paul’s Cathedral. At the conclusion of the service, the first one played “Taps,” the signal of a day completed. Immediately thereafter, with the sounds of the first song still ringing in the air, the second bugler played “Reveille,” the song of a day begun.

Appropriate song. Death is no pit, but a passageway; not a crisis, but a corner turn. Dominion of the Grim Reaper? No. Territory of the Soul Keeper, who will someday announce, “Your dead will live, your corpses will get to their feet. All you dead and buried, wake up! Sing! Your dew is morning dew catching the first rays of sun, the earth bursting with life, giving birth to the dead” (Isaiah 26:19).

Play on, bugler. Play on.

Church buildings will be vacant this Sunday. That is true. But since the tomb of Christ is vacant, Easter cannot be canceled. Ever.

Max Lucado is a San Antonio pastor and best-selling author. His most recent book is "You Were Made for This Moment: Courage for Today, Hope for Tomorrow" (September 2021, Thomas Nelson). He is also the host of the "Max Lucado Encouraging Word" podcast. Visit his website at www.MaxLucado.com or follow him on Twitter: @MaxLucado.