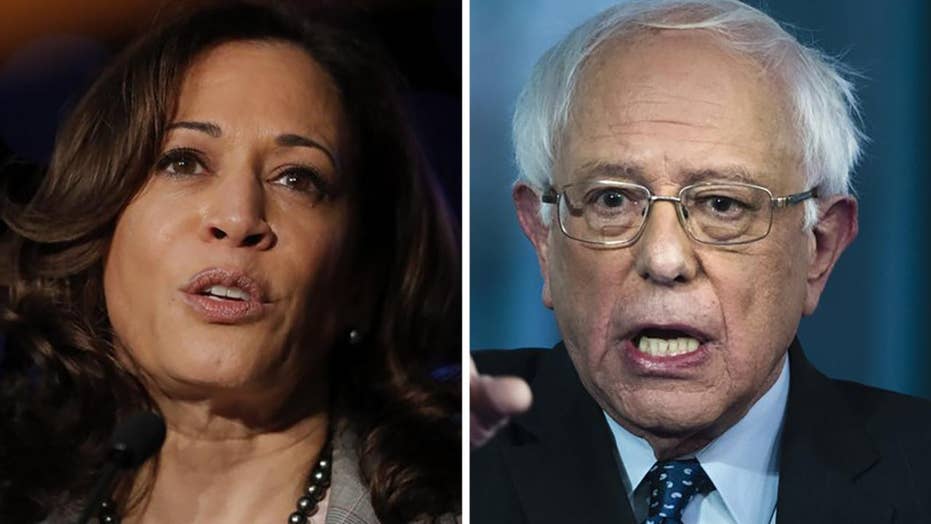 House Democrats hold first hearing on 'Medicare for all'

Wednesday in Congress, the Democrat Chairman of the House Ways and Means Committee is holding a hearing titled “Pathways to Universal Healthcare Coverage.” Democrats on the Committee will no doubt fill the committee room with lofty promises but don’t be deceived: in reality, Democrat slogans like "Medicare-for-all" come with a bitter pill to swallow: socialized medicine in America.

Yet right on cue, the far-left liberal Democrat free-for-all of 2020 U.S. presidential aspirants is chanting the new "Medicare-for-all" slogan and promoting it as the answer to America’s most pressing health care challenges. And along with Rep. Alexandria Ocasio-Cortez’s emerging “It’s Like, Free” caucus in Congress, they are now hoping to tap into voter anger over skyrocketing medical costs to achieve their broader political ends.

Despite alarming data showing younger Americans now being more open to socialist catchphrase concepts, advocates of socialized medicine know full well that the vast majority of voters and patients would reject their plans outright if they knew more about them.

The “It’s Like, Free” crowd, aided by an abetting national media, are cloaking their proposals in soft-sounding, inclusive and misleading names like "Medicare-for-all" – a $32 trillion utopian taxpayer-funded fantasy that would nationalize all U.S. medical care. 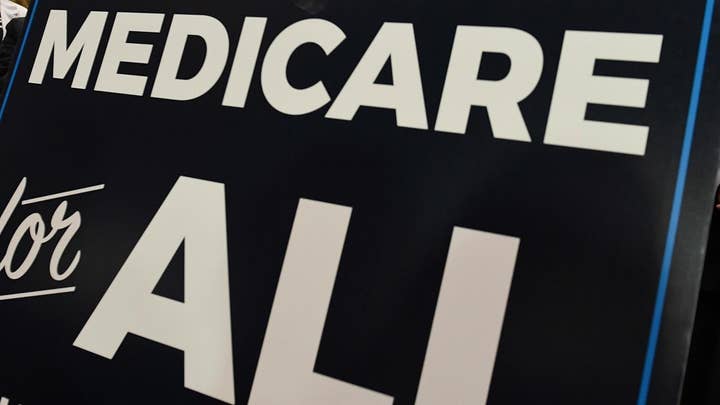 It would do so by eliminating the current insurance of hundreds of millions of Americans and consolidating all government programs into one massive, centrally-administered federal health care Death Star. They would then tax individuals, families, small businesses and large employers out of livable existence. Just imagine how an honest explanation might be received by voters at a town hall in middle America:

“OK, "Medicare for all" eliminates all the employer-provided and private insurance plans covering 250 million Americans like you, eliminates all Medicare beneficiaries’ plans and zeroes out the Medicare trust fund, eliminates Medicaid for the poor and disabled, the military’s TRICARE and the VA’s health systems, the Children’s Health Insurance Plan (CHIP), and consolidates them into a giant, one-size-fits-all federal program that will be administered by unelected boards and federal bureaucrats in Washington, D.C.”

Decisions about what treatments, specialists or drugs will be made available to you and your family will be determined by bureaucrats rather than by you and your current doctors, and access to such services, and when you can receive them, will be based on limited resources in accordance with spending caps. And despite services being “free,” this program will cost American taxpayers an estimated $32 trillion and lead to over two million lost jobs in the private sector. Any questions?

Here’s one: How will seniors react to paying into a plan their entire lives with the expectation they’ll get a benefit, only to see the government giving away the benefits they paid for to someone else?

Fortunately, President Trump will never allow "Medicare-for-all" to see the light of day in America under his watch. And the prospect of a potential president like Sen. Bernie Sanders, Sen. Kamala Harris or Sen. Cory Booker – who have never managed anyone beyond government employees who cannot be fired -- nationalizing our entire health care system, roughly 20 percent of the U.S. economy, should give even the most ardent liberal pause.

While the U.S. health care system has significant problems – cost being foremost – would Americans really be willing to pay even more to wait two and a half months or more for an MRI like Canadians do? Do they want a system where patients leave ERs without ever seeing a doctor due to staff shortages, like in Britain, or a median wait for prostate cancer surgery of 120 days, like in Sweden?

And it’s not just the Democrats that Americans should be concerned with. Both Democrats and Republicans in Washington have recently offered an array of misguided legislative and regulatory proposals that could later serve as the foundation to build full-scale socialized medicine programs down the road. As is always the case, once codified into law, policies can easily be manipulated, expanded and tied together by executive order and regulatory fiat, and upheld by activist courts, down the road.

Ultimately, proposals like "Medicare-for-all" and other smaller proposals are costly, inefficient, inhumane and serve to upend the norms of doctor-patient relationships. Socialized medicine is not the cure; it is a debilitating human and economic disease and Americans would be wise to take notice of the hardships endured by other countries before it becomes a reality here at home.