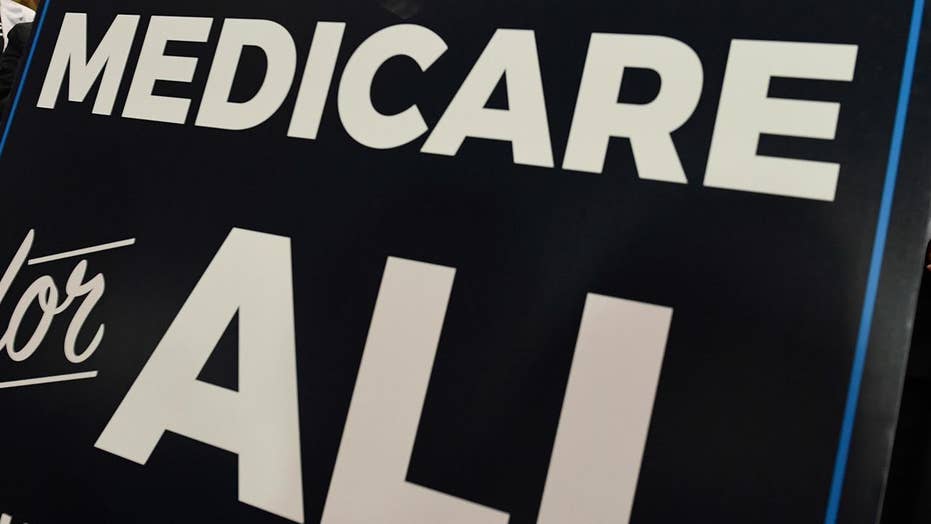 What is the true cost of Medicare for All?

Sen. Bernie Sanders, I-Vt., specified Tuesday how he would pay for his "Medicare for All" program, which critics have lambasted for its cost and impact on the federal budget.

While campaigning in New Hampshire, he responded to an audience member's question about payment by saying he would likely raise payroll taxes on employers as well as income taxes on high-income earners.

"It would cost you and ordinary Americans a lot less than you are currently spending on average," he said before explaining his payment method.

"What it will probably end up looking like is a payroll tax on employers, an increase in income tax in a progressive way for ordinary people -- with a significant deductible for low-income people who pay nothing for it," he said.

He also said his campaign purposefully didn't put out a detailed account of his payment plan because it would "engender enormous debate."

Sanders was just one of many progressive, 2020 candidates to advance "Medicare for All" and other policies, prompting more vigorous debate about socialism in the United States.

The proposal has received varying cost estimates from different organizations. According to the Committee for a Responsible Federal Budget, one Medicare for All proposal from Rep. Pramila Jayapal, D-Wash. would cost about $28 trillion - $32 trillion over a decade.

The American Action Forum, a conservative think tank, estimated the Green New Deal's provision for universal health care would cost $36 trillion, with $260,000 in cost per household.

Another study from the Mercatus Institute, typically perceived as leaning right on fiscal issues, similarly predicted in 2018 that the cost would reach $32 trillion in 10 years but forsaw a scenario in which the nation could actually save more than $2 trillion on health expenditures.

An alternative scenario, accounting for less effective cost controls, would result in more than $3 trillion in additional costs. Mercatus also claimed that its study's author thought the assumptions showing cost-savings may be unreasonable.

When Centers for Medicare & Medicaid Services (CMS) Administrator Seema Verma commented on the issue in April, she described the program as "the biggest threat to the American health care system."

"What we’re talking about is stripping people of their private health insurance, forcing them into a government-run program," she said. Her concerns echoed those of others who worried about the impact on existing health plans.

Sanders and others have championed universal health care as a human rights issue -- citing the U.S.'s high health care costs and lack of coverage compared to other industrialized nations.