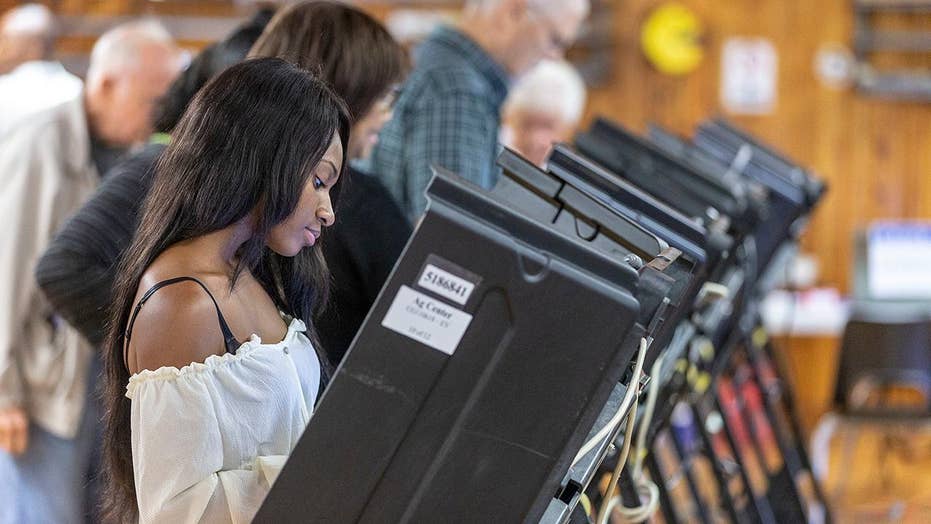 Thousands have already voted in the Senate race between Republican Sen. Dean Heller and Democrat challenger Jacky Rosen; Peter Doocy reports on the race that has drawn Trump and Biden to the state.

Historically, mid-term elections are determined by far fewer voters than presidential elections – and by voters that are more likely to be Republican than Democrats. However, that doesn’t seem to be the case in the 2018 midterm elections.

With eight days until the election, we have seen record numbers of early voters across the country that indicate that the 2018 election will look more like a presidential election than a traditional midterm election. In fact, the current pace of early voting is on track for 40 million votes nationally before Election Day and that would be the highest early vote in modern history.

When that many people vote it is an encouraging sign for democracy. But there are many warning signs too. As we see record early voting across the country we are seeing numerous efforts in the last few weeks to make it more difficult for people to vote:

In addition, we are already seeing errors in votes cast and in the recording of them. In Texas, when voters chose to vote the entire Democratic ticket, their votes for Beto O’Rourke, the Democratic candidate in the U.S. Senate race, are recorded for Ted Cruz, the Republican incumbent. In Georgia, a similar situation is happening when voters cast their vote for Stacey Abrams, the Democratic candidate for governor – their votes are recorded for the Republican nominee, Brian Kemp.

At a time when our democracy seems to be under attack from all quarters and more people are taking their right and responsibility to vote more seriously, we need to make sure that every American can cast their vote and have it counted.

There’s a lot at stake in this election. And we have only eight days left to make sure the 2018 election is conducted without doubts about its fairness or validity.