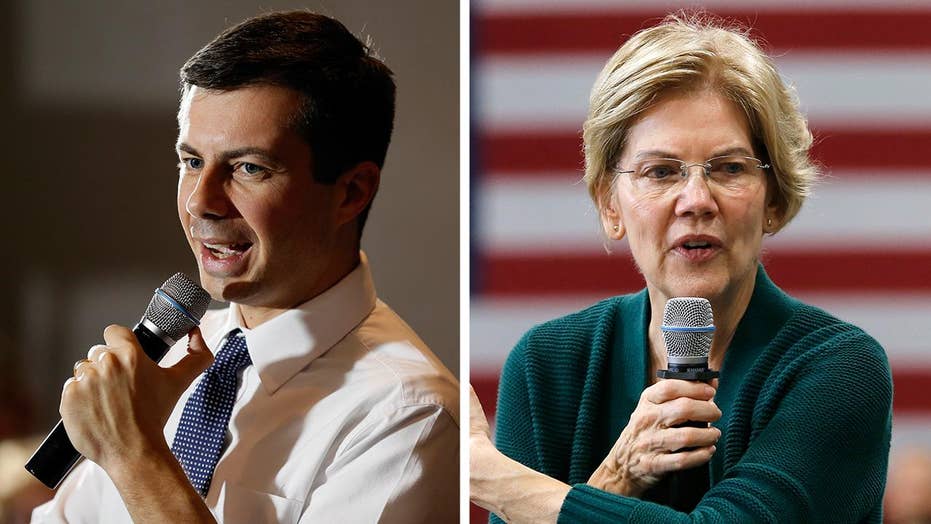 The fight for the Democratic nomination between Elizabeth Warren and Pete Buttigieg broke into full view at the end of last week … and it’s going to be a doozy.

Last Monday I wrote, “Math and history favor the one who wins at least one of the first contests and Super Tuesday. Today that means the race is between Sen. Elizabeth Warren and Mayor Pete Buttigieg.”

By Thursday Warren and Buttigieg were exchanging barbs that quickly turned into a full-fledged fight.  For Warren, it was the first time she criticized an opponent by name. However, it wasn’t the first time Buttigieg has gone after Warren and he started this latest battle demanding she release more than the 11 years of taxes already made public.

What’s at stake for Warren and Buttigieg in this tussle?

That’s right. White college-educated voters will determine the first two contests in Iowa and New Hampshire. For Warren and Buttigieg, they are the difference between winning and losing.

Warren’s and Buttigieg’s increasing poll numbers were fueled by defecting supporters of Bernie Sanders and Joe Biden, respectively. Now, to win, they need to win over white college-educated voters. And that fact explains their strategy.

Warren’s response to Buttigieg’s demand was to raise his lack of transparency. Specifically, she called on Buttigieg to provide his client list from the consulting firm McKinsey & Co., where he began working in 2007, as well as the names of his current campaign finance team and bundlers.

Buttigieg has declined to release his clients’ names because he signed a non-disclosure agreement. It is less clear why he’s not providing his fundraisers, donors, and finance committee to address the conflicts of interest Warren is suggesting. Buttigieg could do it today as it’s his decision.

The senator’s attack and the mayor’s response have resulted in the worst coverage of his campaign to date.

Warren is trying to suggest that Buttigieg is beholden to corporate interests based on his consulting work and the contributions he’s received. His lack of transparency is compounding the situation. It also reminds voters about other instances where Buttigieg wasn’t transparent, such as his demotion of the African American police chief in South Bend and refusal to release phone records about the incident.

Buttigieg's refusal to reveal his clients and fundraisers fuels this question: What are you hiding? And that leads inevitably to this next one: Can I trust you?

Refusing to reveal his clients and fundraisers fuels this question: What are you hiding? And that leads inevitably to this next one, which ultimately determines every election: Can I trust you?

That’s the bottom line for voters. Can they trust candidates to keep their word? It’s why, at the end of a campaign, you often see ads and hear candidates emphasizing the importance of trust.

It’s why Buttigieg is talking about it now. When asked about releasing his client list, Buttigieg’ said, “The bind I’m in right now is I believe in keeping your word, and I signed a legal document about client names.”

Rather than debating the merits of Warren’s charge, or capitulating to her demands, Buttigieg went to the heart of the matter by trying to show he can be trusted.

What this fight is really about is that one demographic group needed to win in Iowa and New Hampshire: white college-educated voters. They care about transparency and corporate influence in politics, especially with President Trump in the White House. And they will also base their vote on trust. That’s why Warren is using all three points in her attempt to discredit Buttigieg with voters.

In this latest round, it is advantage Warren. But as I also said last week … buckle up.