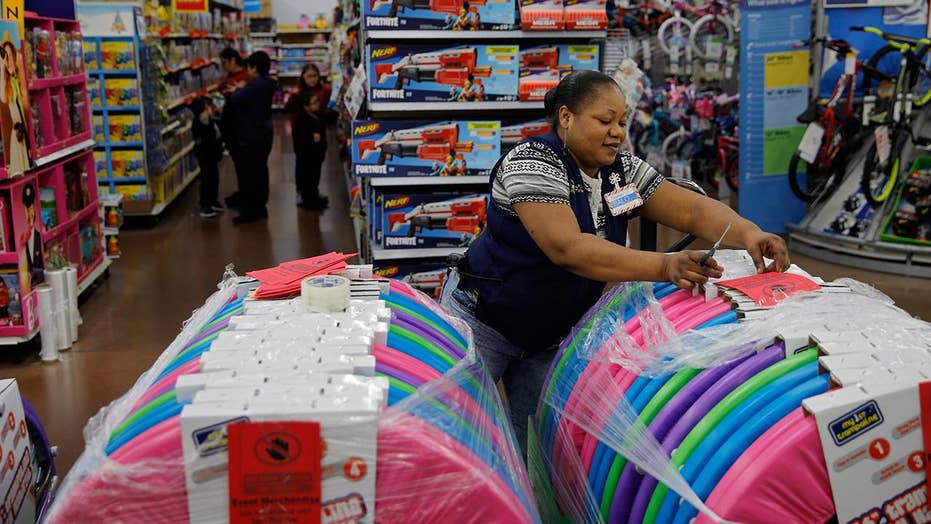 Under President Trump, we’ve seen the labor markets reach incredible heights. The good news for American workers is that the growth in jobs and wages isn’t coming to an end any time soon.

Although I have to admit that I never tire of the “beat expectations” admissions that seem to come out after every new economic report, you have to wonder what it will take for liberals to finally acknowledge an economic boom that’s improving the lives of all Americans.

The November jobs report should be more than enough to dispel the pessimism that anti-Trump “experts” constantly sow through the media. The American economy added 266,000 new jobs in November, sending the unemployment rate to a 50-year low of 3.5 percent.

Those discrepancies were pretty big, but they weren’t nearly as misleading as the ADP report, a closely-watched indicator of private-sector employment that comes out just days before the official jobs report.

Rarely an accurate barometer of job growth, ADP indicated that employment only increased by 67,000 jobs in November, falling short by a whopping 199,000 jobs — which is an especially big deal for a whole lot of families right before the holidays.

The Department of Labor also upwardly revised the September and October payroll numbers adding 41,000 more jobs and bringing the three-month average up to a robust 203,000 new jobs per month.

Wages are also continuing to grow at a healthy pace, because the jobs boom of the past three years has kept consistent upward pressure on worker compensation as employers compete for employees. That’s one thing the economic forecasters got right. Year over year wage growth was 3.1 percent in November, and October was revised upwards to 3.2 percent. Notably, the gains are greatest among rank-and-file workers (3.7 percent).

All of the partisan talking points have been proven wrong, as the ongoing predictions of an impending recession are becoming more and more preposterous. The economy is strong, American citizens are prospering, and there are no signs of a slowdown. On the contrary, President Trump’s economic policies have put the economy on a solid new foundation that emphasizes creating a genuine opportunity for employment and advancement to all Americans.

It’s important to take the naysayers in context. Most critics of the Trump economy just aren’t capable of looking at our economic performance objectively, because their interpretation of the data is clouded by their hatred of President Trump. They know that the strong and growing working-class economy is one of the president’s greatest assets for his reelection campaign, and they’re committing the classic pundit’s faux pas of mistaking their political fantasies for reality.

What these diehard opponents can’t or won’t admit is that President Trump has unleashed the productive power of the American worker by slashing excessive regulations, cutting taxes for middle-income taxpayers, and putting the interests of American citizens at the center of our trade policy.

Perhaps the most impressive thing about the outstanding November jobs report is that the economy would be even stronger if not for Democratic obstruction in Congress.

As I recently noted, House Speaker Nancy Pelosi, D-Calif, is blocking a vote on the United States-Mexico-Canada (USMCA) trade agreement in order to prevent President Trump from adding another accomplishment to his record. Many members of her own party would eagerly vote for the deal, which would create nearly 200,000 new jobs — many of them in the manufacturing and agriculture sectors — and add tens of billions of dollars to our gross domestic product.

America’s economic engine is purring, yet the Democrats keep insisting that we need to take it to their shady mechanics who invariably lie about the incredible costs of their proposed “repairs.” With the latest jobs report to comfort us, ordinary Americans can just sit back and enjoy the ride, because it won’t be over for quite some time.