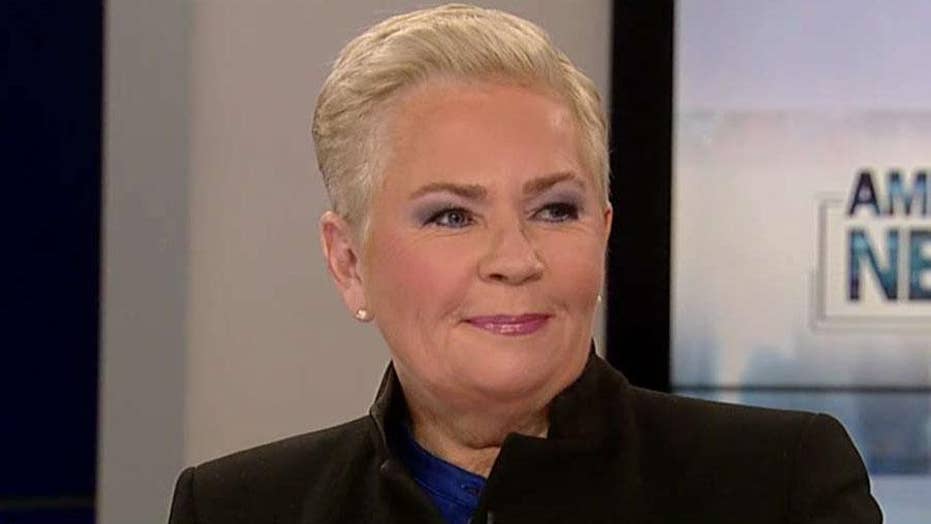 Mary Anne Marsh: We are about to learn much more about foreign assistance provided to Trump in 2016

The evidence that has emerged in the past two weeks alone makes it clear to me that Donald Trump has sought assistance from a foreign government for his 2020 campaign. Trump’s decision to seek that assistance has put him in peril of losing the office he is desperate to keep.

It’s also clear to me it’s not the first time.

It’s the third time … at least.

You can draw a straight line from Trump standing on a stage in Miami on July 27, 2016, when he said “Russia, if you’re listening, I hope you’re able to find the 30,000 emails that are missing, I think you will probably be rewarded mightily by our press," pleading with Russia to locate Hillary Clinton’s emails to last Thursday on the White House lawn pleading with China to investigate the Biden’s. “China should start an investigation into the Bidens, because what happened in China is just about as bad as what happened with Ukraine,” said Trump.

In plain sight, and in my opinion, Trump is asking foreign governments for help in his elections. That is illegal. Just as his request of Ukraine to investigate Biden is illegal. As I wrote last week, and repeatedly stated, it is illegal for any person to solicit, accept, or receive anything of value from a foreign national in connection with a U.S. election.

That one request, without anything else, is enough to seek impeachment. However, it appears these three examples may not be the only occasions Trump asked a foreign government for election assistance.

Now, it is reported that Trump raised Biden in a call with President Xi of China on June 18 as well … a full three months before his appearance on the White House lawn last week. A record of that call was also stored in the highly secured electronic system with the one to Ukraine's President Zelensky that led to a whistleblower complaint and the impeachment inquiry into Trump.

And like the call to Zelensky, the White House did not deny that Trump discussed Biden and the 2020 campaign in his call to Xi. In fact, China acknowledged it just as Trump and Ukraine confirmed their call too. Did Trump ask China for help with Biden in that conversation? Unless Trump releases the full transcript of the call we may not know what happened.

But, we are about to learn much more about foreign assistance provided to Trump in the 2016 election, and what he may have known about it during the Roger Stone WikiLeaks trial scheduled to begin on Nov. 5 in the midst of the Impeachment Inquiry.

In plain sight, and in my opinion, Trump is asking foreign governments for help in his elections.

Stone, a longtime political adviser to Trump, was indicted on seven counts of obstruction, lying to Congress, and witness tampering as a result of Mueller’s investigation into Russian interference in the 2016 election. Specifically, the focus of this trial is whether Stone coordinated with WikiLeaks/Julian Assange, who published approximately 55,000 emails prosecutors say were hacked by Russian operatives from the Democratic National Committee to harm the Clinton campaign. It is alleged that Stone was in frequent contact with at least four members of Trump’s campaign about the WikiLeaks effort to release the emails before the 2016 election.

Not only will we learn about the role Stone, Assange and WikiLeaks played in interfering with our 2016 election, we may also learn that Trump knew about their efforts despite his repeated denials for the past three years.

Currently, the section of the Mueller Report about "contacts with the (Trump) campaign about WikiLeaks" is largely redacted because if it is made public then it could harm an ongoing matter. That ongoing matter is the Stone WikiLeaks trial.

Last week, the House Judiciary Committee submitted a court filing seeking secret grand jury testimony from the Mueller Report for the impeachment inquiry. In it they cited a footnote in the Mueller Report about Paul Manafort speaking to Trump after WikiLeaks released the hacked documents in July 2016 that implies Trump knew about Russia’s involvement.

The Mueller Report recounts a conversation between Trump and Rick Gates, his deputy campaign chairman who has been cooperating with federal authorities, where "Trump told Gates that more releases of damaging information would be coming".

Manafort "recalled that Trump responded that Manafort should (REDACTED: Harm to Ongoing Matter) keep Trump updated," after discussing the WikiLeaks release of the hacked Democratic National Committee files during the DNC Convention in July 2016.

While the House Judiciary Committee may not succeed in getting the secret grand jury testimony it is very likely that the information in the now redacted section of the Mueller Report is revealed during the trial.

When this material is revealed it is also likely to show that Trump lied about his knowledge regarding Russia’s interference in the 2016 election, including in his written responses to Mueller’s questions about it.

If that is true then it is a stunning development that further fuels the impeachment inquiry as it casts even more doubt about Trump’s actions in the 2016 and 2020 elections, inviting even more scrutiny, that could bring more articles of impeachment, and charges when Trump leaves the White House.

Every time there is a request for foreign help in Trump’s campaigns all roads lead to Donald Trump. So far that has happened at least three times, Russia, Ukraine, and China. Each request is illegal. And it is possible there may be even more.

That’s why Trump is facing the possibility of impeachment.

And when all the facts are known I believe Trump could face a fate much worse than impeachment too.