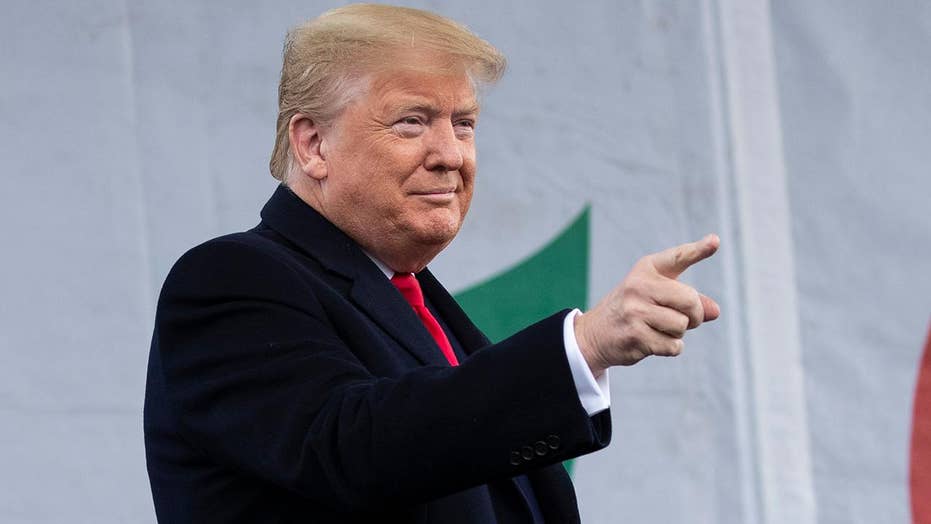 Ahead of this year’s State of the Union address, the state of the pro-life movement is the most hopeful yet since Roe v. Wade. President Trump’s leadership as the most effective pro-life president in American history has been a game-changer. As evidenced in his historic address at this year’s March for Life, he has truly embraced our movement and delivered on his promise to be a pro-life president; now we will deliver for him at the ballot box.

Trump’s comments on life in last year’s State of the Union, calling out Democratic Party leaders for their support of late-term abortion and even infanticide, were the most explicit made on the issue by any president in that address. Reacting to brazen displays of abortion extremism from Democrats in states like New York and Virginia, he observed, “This is going to lift up the whole pro-life movement like maybe it’s never been lifted up before.”

He was right. The president’s leadership so emboldened lawmakers and activists across the nation that states enacted nearly 60 pro-life laws in 2019 alone – and pro-life Americans are looking forward to making even greater gains in 2020 and beyond.

Today the contrast between President Trump and the Democrats is even starker. A new poll shows 88 percent of Republicans, 62 percent of Independents, and 44 percent of rank-and-file Democrats prefer to vote for a candidate who wants significant limits on abortion – yet all of the president’s opponents have doubled down on expanding abortion on demand through the moment of birth, no limits whatsoever paid for by taxpayers. They refuse to condemn infanticide, while Democrats in Congress led by Speaker Nancy Pelosi block popular legislation to protect babies who survive abortions.

What we do from now through November will determine whether our pro-life president wins re-election, or whether an abortion extremist assumes power and we say goodbye to all our hard-won gains.

President Trump’s support for life pervades his administration and his policies. He is unwavering in defense of the unborn and he has put his words into action.

The Trump administration expanded the Mexico City policy to stop the exportation of abortion around the world on the American people’s dime – going further than even pro-life icon Ronald Reagan. He protected pro-life health care workers and institutions, introducing new rules to ensure that they can’t be forced to perform or participate in abortions. The administration even stepped in to defend a Vermont nurse who was forced to participate in an elective abortion. The president has hosted abortion survivors in the Oval Office.

Health and Human Services (HHS) has worked to end taxpayer funding of the abortion industry. The Protect Life Rule disentangled abortion from the Title X family planning program, which resulted in the nation’s largest abortion business, Planned Parenthood, announcing it would forego nearly $60 million a year rather than comply with abortion regulations.

Trump’s HHS and the National Institutes of Health (NIH) also announced it would not renew a major contract to fund research using the body parts of babies brutally killed in late-term abortions – a shocking abuse of taxpayer dollars and trust. Under President Trump, our government has recommitted to investing in cutting-edge science that doesn’t rely on the destruction of innocent lives.

President Trump’s support for life pervades his administration and his policies. He is unwavering in defense of the unborn and he has put his words into action.

The president’s cabinet members have boldly asserted his pro-life priorities abroad. Secretary of State Mike Pompeo and HHS Secretary Alex Azar sent a letter inviting world leaders to join the U.S. in standing against efforts within the United Nations to create an international right to abortion on demand.

At the end of 2019, Trump and pro-life leaders in Congress defeated Sen. Jeanne Shaheen’s, D-N.H., pro-abortion amendment that would have increased funding for domestic organizations that promote abortion overseas. Additionally, the president promised to veto any legislation that would weaken federal pro-life policies and he has delivered on this promise, which has proven to be a crucial deterrent.

And in 2020, the Trump administration finalized a new rule that stops ObamaCare’s hidden abortion surcharge. It provides transparency for the majority of Americans who oppose using tax dollars to pay for abortions.

The fact that 187 judicial nominees have been confirmed to date – including Supreme Court Justices Neil Gorsuch and Brett Kavanaugh – may be the most significant and high impact achievement. President Trump’s nominees now make up more than one-quarter of federal appeals court judges.

Even the president’s pro-abortion critics noted that “the average Trump appointee has a far more impressive résumé than any past president’s nominees.” Another called President Trump “the most accomplished sponsor of federal judges in the modern history of the presidency.”

The president has made it clear to anyone watching that he stands, unequivocally, for the most basic human right – the right to life. That’s why, in the most consequential election of our lifetimes, Susan B. Anthony List is proud to stand with him. Our ground team will make at least 4 million visits to voters to help re-elect him, protect our pro-life Senate majority and defeat abortion extremists in 2020.

Imagine how many lives could be saved if President Trump secures another term. We owe it to unborn children and their mothers to make every vote count this year.