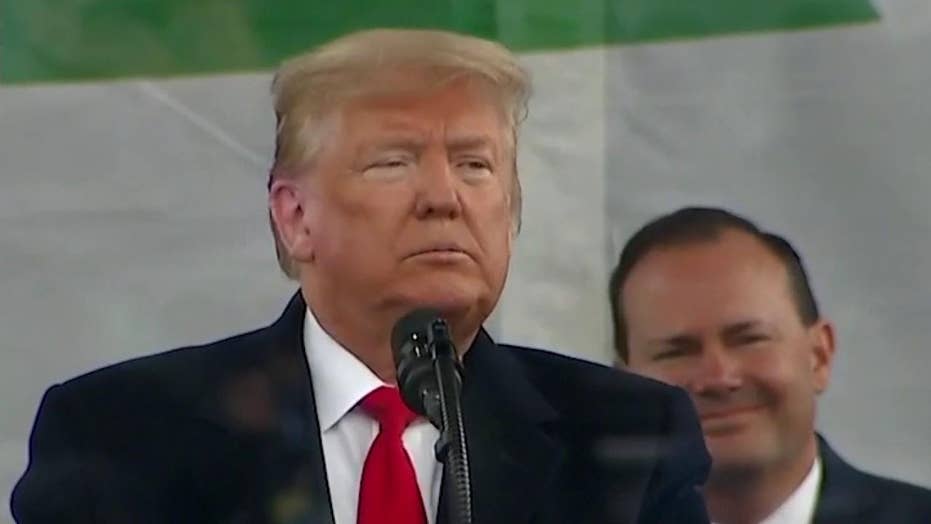 The thousands of people who gathered in Washington Friday for the 46th March for Life proved that enthusiasm for the pro-life cause is as strong as it’s ever been.

Marchers were in historic company. Much to the chagrin of the leftist media, President Trump was the first president in history to attend the event. In a rallying speech, he expressed the purpose of the march: “We are here … to defend every child, born and unborn, to fulfill their God-given potential.”

The core of the pro-life cause really is as simple as that: preserving the life of children from conception onward. There is no moral or logical reason for a baby to be killed.

The pro-choice left understands this, which is why they shroud their arguments in euphemisms like “reproductive health” and “bodily autonomy” and often unscientifically refer to unborn babies as “clumps of cells.”

But no amount of political correctness can mask the reality that abortion brutally takes the life of a defenseless child.

In November, I served as Republicans’ sole witness in a House Oversight Committee hearing on state abortion legislation. While the Democrats’ goal was to demonstrate how restrictions on abortion access are dangerous to women, mine was to remind them of how dangerous abortion is for the baby.

While the Democratic members and witnesses performed mental and rhetorical gymnastics to justify their pro-choice stance, I and the Republicans on the committee lay out a clear case for the immorality of abortion: it kills babies.

Nevertheless, pro-choice Democrats have doubled down on their defense of abortion. On the day of the March for Life, Democratic presidential candidate Sen. Elizabeth Warren of Massachusetts tweeted: “Abortion rights are human rights. Abortion rights are economic rights. We will never stop fighting to defend those rights.”

Statements like these are beyond hypocrisy; they’re Orwellian. Only in a post-truth society can child murder be considered a “human right” or “health care.”

That’s why the job of the pro-life advocate must continually be to speak factually and clearly on what the abortion procedure is and why the dehumanization of the most vulnerable is harmful both individually and societally. All we have to do is tell the truth. It’s a simple yet monumental task.

The March for Life is, unlike so many protests and marches these days, one defined by love and selflessness. No one is marching for their own self-interest: no marcher is at risk of being aborted.

They march for those who can’t march themselves. They speak for those who have no voice. They empower the powerless and defend the defenseless. They give their time, energy and money for those who will never pay them back. All because life matters.

I was unable to attend the march this year. Though I was booked to speak at the March for Life Youth Rally on Thursday, I instead stayed home to care for my baby, who’d come down with a stomach bug and fever.

I wanted to honor my commitment to the March for Life, but I knew my commitment as a mom is my top priority. Fighting for babies can mean activism, marching and testifying in Congress. It also means loving the baby you have in your arms.

Becoming a mom last year made the abortion issue tangible for me. When we saw our kicking, punching, perfectly formed 11-week baby on the ultrasound, all the pro-life arguments I knew and believed became more than just talking points. They became experiences.

I realized more than ever that these unborn children at the center of our impassioned debates are people we’re talking about. They’re not political pawns. They’re not clumps of cells. They’re human beings. And for that simple reason, they deserve, at the very least, a right to live.

This is why we march.

Allie Beth Stuckey is host of the Blaze Media podcast "Relatable," where she tackles the latest theological, cultural and political issues from a conservative, millennial perspective. Stuckey speaks to college students, Republican organizations, Christian ministries, and businesses across the country about the importance of biblical and conservative values. She also offers frequent commentary on Fox News. Her first book “You’re Not Enough (and that’s okay)” publishes on August 11th.