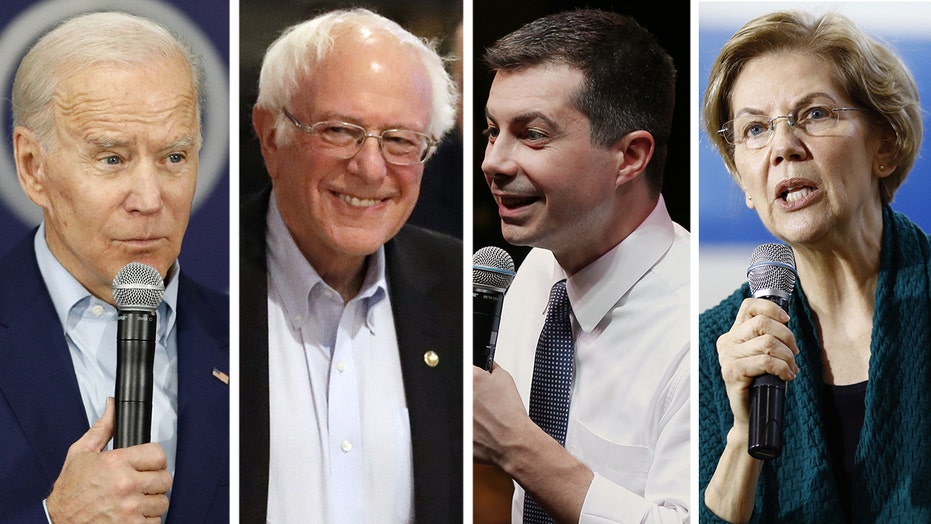 Pollster Scott Rasmussen breaks down what to expect from the Iowa caucuses.

There are 30 states with populations larger than Iowa, but right now it's the most important state in American politics. I’m in the state of fewer than 3.2 million people for the famed Iowa caucuses, which take place Monday night and will kick off nominating contests to determine who Democrats nominate to run against President Trump in November.

But looming over them all is a candidate not even running in Iowa – Mike Bloomberg, the multibillionaire former New York City mayor. Bloomberg has focused his campaign on the 14 states that hold nominating contests on Super Tuesday, March 3 – including delegate-rich California and Texas.

To win the Democratic presidential nomination at the party’s national convention on the first ballot a candidate will need 1,990 delegates. Voters in the Iowa caucuses will select 41 Democratic delegates. But that’s a tiny number compared to the 1,357 delegates who will be selected by voters on Super Tuesday in the 14 states, plus American Samoa and Democrats abroad.

Bloomberg has been drawing sharp attacks since Friday, when the Democratic National Committee changed the rules to qualify for televised presidential candidate debates, eliminating the fundraising requirement.

Bloomberg doesn’t accept contributions. Unlike other candidates, he is so fabulously wealthy that he can spend hundreds of millions of dollars of his own money on his campaign. So before the rules change, he was unable to qualify for any debates – denying him important free media exposure.

But under the new rules, a candidate will need to get support from at least 10 percent of voters in four national polls released from Jan. 15 to Feb. 18, or 12 percent in two polls in Nevada or South Carolina to take part in the debate in Las Vegas Feb. 19.

Candidates can also participate if they earn at least one delegate in the Iowa caucuses or the New Hampshire primary. So far only Biden, Sanders and Warren have met the qualifications based on polling.

This is my first time in Iowa for the caucuses. And while it’s just as cold as everyone said it was going to be, it’s also just as exciting.

Sens. Sanders, Warren and Klobuchar have had to spend most of their time in Washington since President Trump’s impeachment trial began in the Senate Jan. 16. They are spending the weekend in Iowa for last-minute campaigning.

It’s no secret that Sanders has the best ground game and infrastructure in Iowa (notable mention to Warren’s campaign, which is a close second). And with recent reports Biden has had to divert funds from New Hampshire and South Carolina to make a final push in Iowa, there’s good reason for the Sanders camp to feel confident.

Sanders has been preparing for this moment since his campaign ended in in 2016 with Hillary Clinton winning the Democratic presidential nomination. A former adviser to his campaign, Tezlyn Figaro, pointed out on Fox Business that Sanders’ team actually never left Iowa – they’ve been working for this for years.

I happen to think there’s a very real chance that Biden is going to surprise the pundits in Iowa. He is ahead of Sanders in a few recent polls and Sanders is up just 3.6 points in the RealClear Politics average.

The former vice president is now making the argument that Sanders – a self-described democratic socialist elected to the Senate as an independent – isn’t a Democrat and will hurt Democrats down-ballot if he becomes the party’s presidential nominee.

Other Democratic presidential contenders and their supporters are also questioning Sanders’ electability, warning that moderate Democrats, independents and Republicans disillusioned with Trump are unlikely to support a socialist calling for a political revolution.

I wholeheartedly agree with this view. If Iowa Democratic caucus voters wake up Monday feeling that electability is their top priority, Biden is going to be a very happy man.

But even if he loses in Iowa, Sanders won’t be finished and will keep running in primaries and caucuses. Figaro said that based on her experience with the Vermont senator, he will take his fight to the floor of the Democratic National Convention – no matter what.

But before then, Super Tuesday looms. If Biden performs poorly in the first four nominating contests – in Iowa, New Hampshire, South Carolina and Nevada – expect moderate Democrats to turn to Bloomberg to keep Sanders from winning the nomination and likely leading the party to defeat in November.

That’s why Bloomberg’s Democratic rivals turned to Twitter to attack the Democratic National Committee rules change that could open up debates to participation by Bloomberg:

Entrepreneur Andrew Yang tweeted: “The DNC changing its debate criteria to ignore grassroots donations seems tailor-made to get Mike Bloomberg on the debate stage in February. Having Americans willing to invest in your campaign is a key sign of a successful campaign. The people will win out in the end.”

But the biggest complaints will undoubtedly keep coming from Bernie Sanders, who has made criticizing billionaires a key plank of his campaign and platform. Outrage works for Sanders and he has a really good shot at taking home the prize Monday in Iowa.

Complaining about the rules change that could allow Bloomberg to participate in Democratic debates, Sanders’ senior adviser Jeff Weaver said: “To now change the rules in the middle of the game to accommodate Mike Bloomberg, who is trying to buy his way into the Democratic nomination, is wrong. That’s the definition of a rigged system where the rich can buy their way in.”

No one can predict the outcome of the Iowa caucuses with certainty. But don’t count out Joe Biden – he seems to me to fit the mood of many Iowa Democrats today.