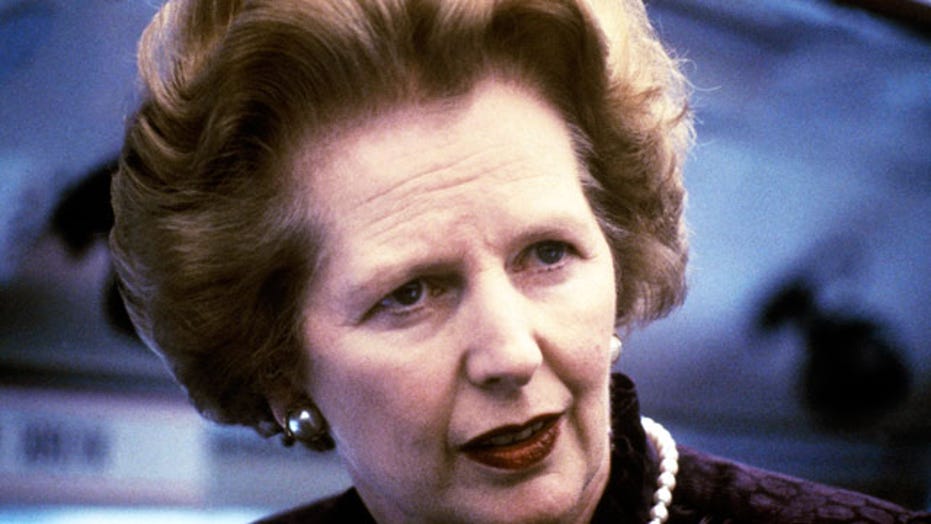 A look back at Margaret Thatcher's life

MANCHESTER, England – There is a story about Margaret Thatcher, which is probably apocryphal, but speaks volumes about the strength of Britain's first female prime minister, who died Monday at age 87.

"Thatcher Saved Britain," read a headline in the Daily Telegraph. No, Thatcher inspired citizens of Great Britain to have less faith in government and more self-reliance, so that they could save themselves. Ronald Reagan tried to do the same for America.

In 1979, Britain and the United States were in a funk. President Jimmy Carter blamed Americans for what he called their "malaise." Thatcher reminded Britain of its glorious past and the inherent strength of the British people. She didn't believe Britons had to accept their lot.

Thatcher began dismantling the welfare state, breaking up state monopolies and confronting powerful unions. Reagan shared her views and the two of them sought to restore their people's faith in individualism, turning them away from the false and failed doctrine of government as savior.

I met Thatcher on several occasions and saw her "live" many times, including during a debate in the House of Commons in the early '80s with Labour's Michael Foot. Thatcher annihilated him on every point to the delight of her Conservative Party colleagues and many in the galleries.

Her longtime director of press and communications, Harvey Thomas, emailed from London. He said he once suggested she might soften her tough image by allowing him to "[make] her a little more 'domestic,' [emphasizing] family and [her] gentler side. She turned to me and said, 'Oh, we can't do that, dear. If the Russians start to think I am too feminine, it could lead to World War III.'"

After Thatcher left office, we shared the stage at an event in Phoenix, which was organized by former presidential candidate Steve Forbes, the publisher of Forbes magazine. After her address she walked into a reception area and sat down at a table by herself. Everyone seemed afraid to approach her. I sat down next to her and we had a nice chat about world events while the hesitant crowd gathered around to listen.

She transcended identity politics. Her ideas, not her gender, were supreme.

British Prime Minister David Cameron called her "a lion-hearted" leader who served the British people "with all she had." And she had a lot.

She also shared Reagan's gift for turning a phrase. Among many reprinted in the British press:

"For me, pragmatism is not enough. Nor is that fashionable word 'consensus.'...To me consensus seems to be the process of abandoning all beliefs, principles, values and policies in search of something in which no one believes, but to which no one objects..."

In a 1981 speech she said, "My policies are based not on some economics theory, but on things I and millions like me were brought up with: an honest day's work for an honest day's pay; live within your means; put by a nest egg for a rainy day; pay your bills on time; support the police."

True to her principles to the end, she requested that she not be given a state funeral with military flyovers. "It would be a waste of money," she reportedly said. Instead, Thatcher's ceremonial funeral will be conducted at St. Paul's Cathedral with Queen Elizabeth breaking protocol by attending her first funeral for a prime minister since Winston Churchill's nearly 50 years ago.

UK Telegraph columnist Allison Pearson wrote: "Lady Thatcher wasn't normal, but then neither was her achievement. She sacrificed family life and got the job done."

Not a bad epitaph.