WASHINGTON -- Michael Cohen's decision to plead guilty for making hush-money payments on Donald Trump's behalf has raised the prospect that if Democrats take control of Congress, they might try to impeach the president over a matter completely unrelated to a perceived criminal conspiracy with Russia. Good luck with that: Even if Democrats win back both the House and Senate, there is zero chance a two-thirds majority of senators will convict President Trump for paying off an adult-film star.

It would be the height of hypocrisy if Democrats tried to remove the president over allegations of illegality relating to extramarital affairs. During the Monica Lewinsky scandal, congressional Democrats told us the private sexual conduct of a president does not matter, and that lying under oath to cover up a "consensual relationship" is not an impeachable offense. Then-Rep. Charles E. Schumer, D-N.Y., said President Bill Clinton's lies under oath about his sexual relationship with a White House intern might have been illegal, but declared the scandal "a tawdry but not impeachable affair" -- right before heading off to a fundraiser with Clinton. At the time, Rep. Nancy Pelosi, D-Calif., declared that the Starr investigation "vindicates President Clinton in the conduct of his public life because we're only left with this personal stuff" and that Founding Fathers "would say it was not for the investigation of a president's personal life that we risked our life, our liberty, and our sacred honor." 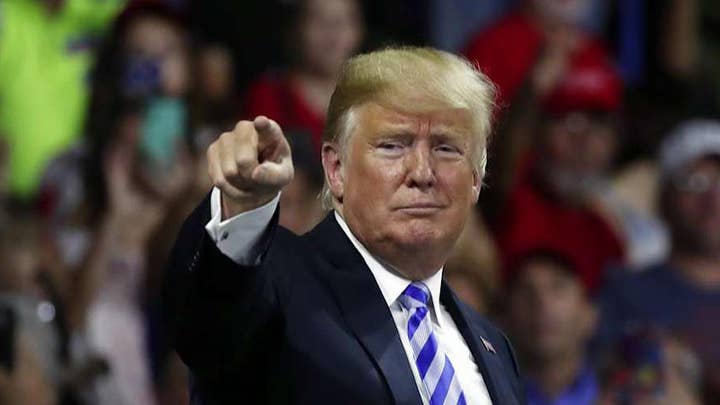 But now that a Republican president is accused of covering up an affair, suddenly Democrats are channeling their inner Kenneth W. Starr.

Today, Democrats are outraged and appalled when Trump attacks special counsel Robert S. Mueller III and calls his inquiry a "witch hunt." But back then, then-Sen. Joe Biden called the Starr investigation ... wait for it ... a "witch hunt." Sen. Patrick J. Leahy, D-Vt., declared Starr was "out of control" and accused him of having a "fixation of trying to topple the president of the United States." Rahm Emanuel, then a White House senior adviser, accused Starr of engaging in "a partisan political pursuit of the president" while White House special counsel Lanny Davis (who is now representing Cohen) said Starr was a "desperate prosecutor who can't make a case on Whitewater" and who should face "possible removal because of his conduct."

The fact is, Democrats were not alone in their concern that an investigation into Whitewater morphed into a perjury probe against Clinton for lying about his relationship with Lewinsky. Many Republicans agreed that independent counsels had too much power. So in 1999, the GOP-controlled Congress, in its wisdom, let the independent counsel law expire. We were promised that investigators answerable to the Justice Department would be more focused on their original purpose.

Well, it seems like we're right back where we started. Federal prosecutors were supposed to be investigating Russian collusion. Instead, we have an inquiry into the Trump Organization's finances and whether Trump's payments to Stormy Daniels violated campaign-finance laws. Both might be worthy of scrutiny but at least under the precedent Democrats set during the 1990s, they are not grounds for impeachment.

If Democrats do try to impeach Trump over anything but a criminal conspiracy with Russia, they will regret it. The president was legitimately elected by Americans who knew about his lecherous past and supported him anyway. Indeed, Trump's election was a direct result of the Democrats' victory in the culture war of the 1990s. Republicans are now simply playing by the rules Democrats established. Millions of Americans absorbed the lesson that Clinton and his Democratic enablers taught us -- that a president's "personal stuff," as Pelosi put it, does not matter -- and chose Trump. They will consider any effort to impeach him over it an effort to invalidate their votes. And the blow back will be tremendous. If you thought the "deplorables" were mad in 2016, just wait until 2020.

This does not mean Trump is out of the woods legally. Once he leaves office, Trump may have to face consequences for anything illegal he might have done. When Clinton left office, he was forced to give up his Arkansas law license for five years and paid a $25,000 fine as part of a deal with the independent counsel to avoid a perjury prosecution -- which resulted in him being disbarred from practicing law before the Supreme Court.

If Mueller finds conclusive evidence that Trump entered into a criminal conspiracy with Russia, then by all means impeach away. But absent such evidence, the idea that Stormy Daniels is going to bring down Trump is a liberal fantasy. If Democrats are upset that they cannot remove Trump over this, well, sorry -- they set the precedent.