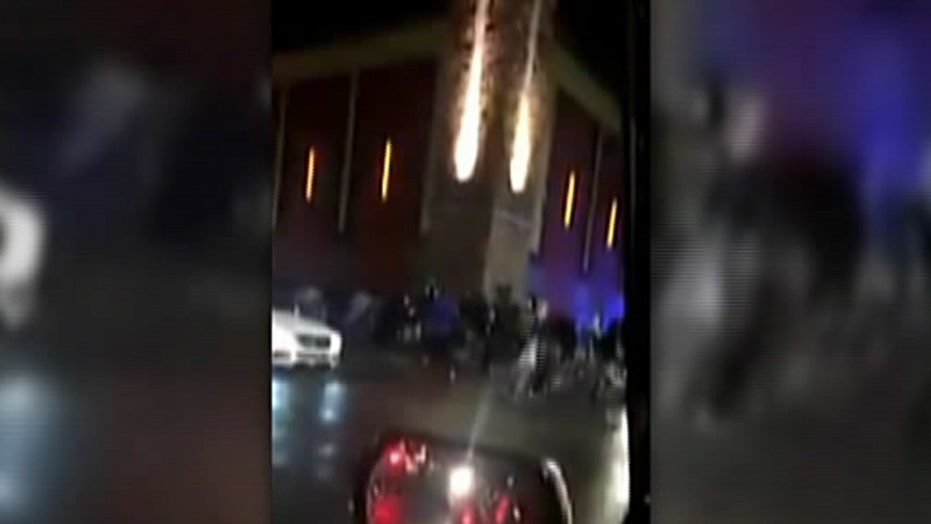 You might want to slip on a Kevlar vest and some body armor the next time you head down to the local mall to do some shopping at Bed, Bath & Beyond or the Pottery Barn.

The entitlement generation is on the rampage - turning many of our nation's shopping centers into war zones.

Over the long holiday weekend, mobs of unsupervised teenagers terrorized shoppers and department stores across the fruited plain.

As many as 2,000 teenagers rioted Saturday night at the Mall St. Matthews in suburban Louisville, Kentucky.

Officer Dennis McDonald, a spokesperson for the St. Matthews Police Department, told USA Today that most of the offenders had been dropped off at the mall or had arrived by public transportation.

“You have to give our officers some credit,” he said. “They were being cussed at, stuff was thrown at them. It could have been much, much worse. We’re very fortunate we didn’t have a police officer injured, fortunate there weren’t more innocent people hurt.”

By all accounts, it was pure mayhem at the mall. Here’s some of the scanner traffic from Saturday night:

At some point you have to wonder if mall management will provide “safe spaces” for customers.

But it’s not just in Louisville. There were more than a dozen attacks at malls across the country.

Hundreds of teenagers fought at Park Plaza Mall in Little Rock, according to television station KTHV. Fisticuffs broke out at the Monroeville Mall near Pittsburgh – after as many as 1,000 teens invaded the complex.

There were fights reported at movie theaters in Jacksonville, Fla. and Memphis, Tenn.

What happened in Louisville was made even worse because not a single person was arrested - not one.

Instead, they loaded up the little thugs and thugettes on city buses to take them back to where they came from.

Now, what kind of message does that send? Does the city have a “Pillage & Plunder & Get a Free Ride Home” policy?

It seems to me those buses should've hauled their butts to county lockup – all 2,000.

And then - the police should've sworn out warrants on all those absentee moms and dads.

But instead -- they stood down.

What's the point of having law enforcement if they aren't going to enforce the law?

Pay attention, America. The entitlement generation is on the rampage – and they will not be stopped – not even for Dippin Dots.