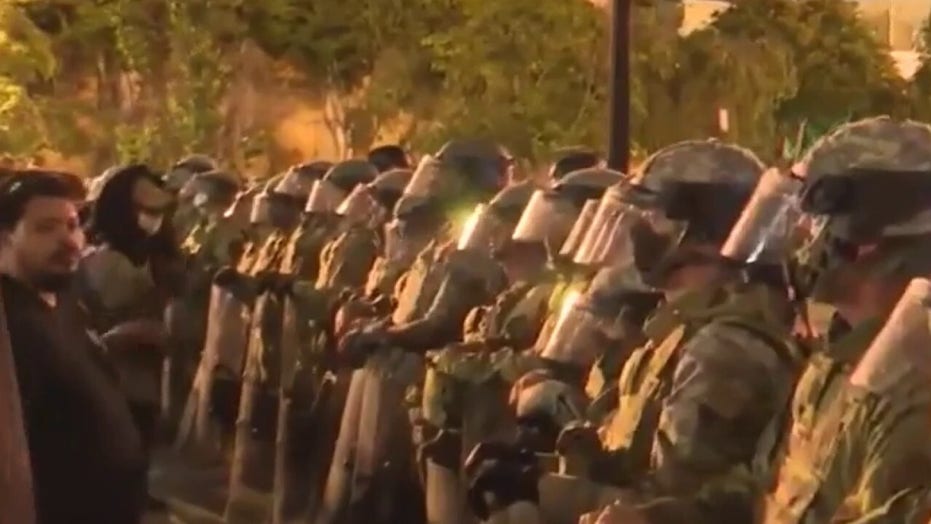 America is at a crossroads. Violent riots threaten our communities just as we begin to reemerge from months in lockdown. Now we face a choice between peace and fear, order and anarchy, light and darkness.

Governors and mayors across the country acted in fear when they shuttered small businesses and closed houses of worship. As a result, millions remain out of work. Substance abuse, depression and suicide are on the rise.

In response, Americans from all over the country turned to faith and called for reopening while Leftist politicians shamed them. As New Jersey Gov. Phil Murphy put it, those who disobey social distancing orders have “blood on [their] hands.”

Now more than ever, we need peace, order and faith as our country reels following the senseless death of George Floyd. But, as thousands of looters and rioters ransack stores, burn churches and spread violence across our nation, where are these same Leftist politicians that chided faithful and freedom-loving Americans just weeks ago? Where were they as St. John’s Church in Washington, D.C., burned?

I will always stand up for Americans’ First Amendment rights — whether it be peacefully protesting or practicing their faith. However, in no way is the behavior we are seeing a peaceful demonstration. The Constitution does not protect or condone setting churches ablaze, looting stores and destroying property.

Yet, as these vigilantes take to the street, I have yet to hear any state or local leaders cry “social distancing” and break up these mass gatherings out of coronavirus concerns. The Leftist media suddenly isn’t concerned about the threat of coronavirus spreading among large crowds of angry protesters, when just weeks ago they lauded the arrest of hairdressers for reopening their shops.

The same politicians who once called for total lockdowns of their states are now allowing looters and rioters to destroy the communities they claim to love.

There is a difference between taking to the streets to peacefully protest the wrongful death of George Floyd and the destruction of property and entire communities that we are seeing. I grieve for Floyd’s family and look forward to justice being served.

But the hypocrisy from Leftist leaders has only added fuel to this fire. The same politicians who once called for total lockdowns of their states are now allowing looters and rioters to destroy the communities they claim to love. Make no mistake, these destructive actions are compounding problems that will harm African-American communities more than we can imagine.

In Minneapolis, rioters have burned low-income housing and a police precinct. In Dallas, a store owner was beaten unconscious by individuals who certainly were not honoring George Floyd’s memory. In our nation’s capital, the historic St. John’s Church, which Mayor Muriel Bowser forcibly shuttered for months, was set on fire by the same anarchists the mayor refused to remove from the streets.

It’s sickening to see groups like ANTIFA use George Floyd’s death as an excuse to tear down our nation’s institutions and sow discord. New York's top terrorism official says anarchist groups initially planned to incite violence at protests nationwide. It takes a special kind of evil to take advantage of the nation’s grief and organize riots that have destroyed communities across the country.

This terrible situation has only been exacerbated by the poor leadership of governors and mayors who have chosen to lock up business owners instead of the violent rioters terrorizing their cities.

We must root out this darkness. As Rev. Dr. Martin Luther King Jr. once said, “Darkness cannot drive out darkness, only light can do that.”

Our governors and mayors need to refocus their priorities. They need to take a stand against violent anarchists burning cities to the ground, not hairdressers seeking to reopen their shops. Now is the time to honor George Floyd’s memory by restoring order, stopping these violent rioters in the tracks and letting light drive out the darkness.