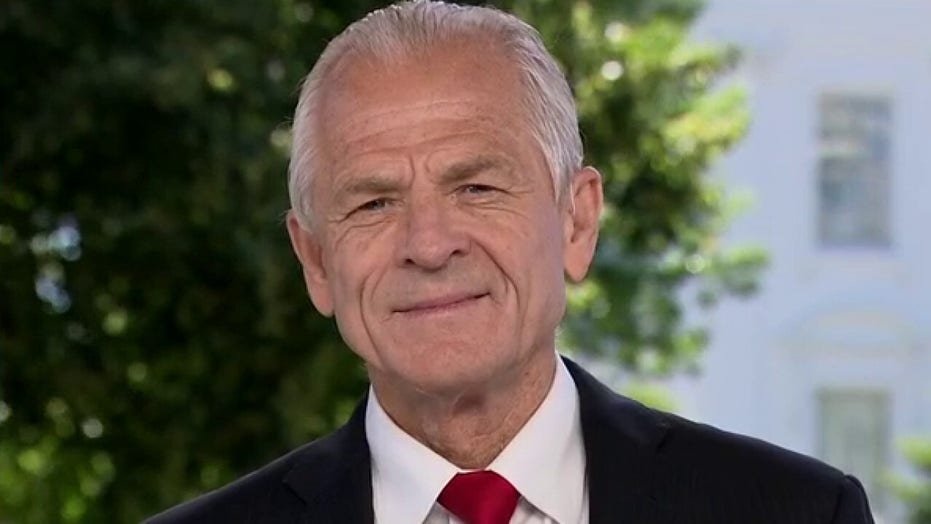 Navarro: President Trump can build up the economy again

The Chinese Communist Party has a long history of exploiting crises to advance its strategic hegemony. During the 1962 Cuban Missile Crisis, for example, China invaded India while America and the Soviet Union were distracted. China’s war prize: the annexation of part of India’s Aksai Chin.

Today, behind the cloak of a pandemic the Chinese Communist Party itself created, we are witnessing similar kinds of strategic behavior as China seeks to advance its own agenda and Chinese propagandists seek to advance a pro-authoritarian government narrative.

Based on this behavior – including China’s attempt to snuff out democracy in Hong Kong – let’s consider whether COVID-19 might better stand for China On to Victory In Death by19 ways.

GINGRICH & CHRISTENSEN: CORONAVIRUS WAS A WAKEUP CALL – NOW US-CHINA POLICY MUST BE REIMAGINED

Here is a chronology beginning in late 2019:

In mid-November, new pneumonia cases from a novel coronavirus start appearing in Wuhan. While the Chinese Communist Party (CCP) later suggests this outbreak started in a Wuhan wet market, two government laboratories in Wuhan handle exotic coronaviruses harvested from wild bats. In addition, China has had a coronavirus outbreak in at least one other lab in the past. Two Chinese scientists from the South China University of Technology identify the Wuhan Center for Disease Control as the possible source.

On Dec. 30, Dr. Li Wenliang sends a message to fellow doctors in a chat group warning of human-to-human transmission and community spread. He and seven other whistleblowers are detained by police and censured. Dr. Li later dies from the virus.

On Dec. 31, local Chinese officials bleach the Wuhan wet market. Doing this destroys the best possible evidence that could determine whether the wet market is the source of the coronavirus. Meanwhile, the virus samples gathered have yet to be shared with the world.

From early December through Jan. 20 this year, the CCP hides the virus from the world behind the shield of a puppet World Health Organization. China denies international experts and those from the U.S. Centers for Disease Control and Prevention access to Wuhan to study the virus. On Jan. 14, the WHO tweets that “preliminary investigations conducted by Chinese authorities have found no clear evidence of human-to-human transmission” of the coronavirus.

On Jan. 7, Chinese President Xi Jinping issues demands to a CCP Politburo Standing Committee to “contain the outbreak.” Yet Xi allows Chinese diplomats to travel to the White House a week later to shake the hands of President Trump and his trade team. Only after the Phase I trade deal with the U.S. is signed on Jan. 15 does Xi reveal on Jan. 20 the “demon” virus the Chinese Communist Party has allowed to spread.

On Jan. 21, despite promising in the Jan. 15 trade deal not to steal American intellectual property, the Wuhan Institute of Virology – where the deadly virus may well have originated – applies for a patent on Remdesivir, a therapeutic developed by an American company. The clear objective: break the American patent.

By late January, the CCP locks down internal domestic travel but keeps international travel open until the end of March. While more than 5 million Chinese citizens flee Wuhan before its lockdown, hundreds of thousands of Chinese citizens fly around the world spreading the virus, thereby turning what could have been a contained outbreak in Wuhan into a global pandemic.

On Jan. 31, President Trump makes a courageous decision. He suspends and limits the entry into the United States of foreign nationals who had been in People’s Republic of China within 14 days of their attempted entry into the United States. The CCP calls it an “overreaction.” A day later presumptive Democratic presidential nominee Joe Biden calls Trump a “xenophobe.”

While hiding the China virus from the world, the CCP turns from a large net exporter of personal protective equipment (PPE) to a huge net importer.  China’s PPE hoarding including over 2 billion coveted N-95 masks – helps create a deadly shortage among doctors and nurses from Milan to New York and beyond.

After the Wall Street Journal publishes an opinion piece (not a news article) on Feb. 3 criticizing the Chinese virus response, the CCP revokes the credentials of three Journal reporters based in Beijing on Feb. 19. A month later, it revokes the credentials of reporters from The New York Times and Washington Post and – in violation of Hong Kong’s Basic Law – extends the bans to reporting from Hong Kong.

In late January, Beijing officials prevent the Wuhan Institute of Virology from sharing sample isolates of the novel coronavirus with the University of Texas biocontainment lab. This overrules an initial agreement by the Wuhan lab to share these samples. The CCP installs People’s Liberation Army Maj. Gen. Chen Wei, the Chinese military’s top epidemiologist and virologist, into a senior position at the Wuhan Institute of Virology.

As the CCP quells the outbreak in Wuhan, in part by barricading citizens into their own homes, it uses its vast stockpile of PPE to profiteer. Chinese enterprises hawk masks, gloves, gowns, and goggles at huge markups – even selling PPE at inflated prices back to countries like Italy that had originally provided the PPE.

To further profiteer, China begins to flood world markets – from Spain, Turkey and the Netherlands to Georgia, the Czech Republic and the United States – with defective test kits and PPE.  Rather than fix the problems, the CCP blames “user error.”

On April 4, following a well-established playbook of capitalizing on international crises, a Chinese Coast Guard vessel sinks a Vietnamese fishing trawler. The CCP then adds 80 more islands, reefs and other sea features to further assert its false territorial claims in the South China Sea. The U.S. State Department warns the CCP to “stop exploiting the distraction or vulnerability of other states to expand its unlawful claims.”

On April 24, Europe bows to CCP pressure by whitewashing China’s culpability in a European Union report on disinformation campaigns about the virus. On April 30, in a demonstration of “Wolf Warrior” diplomacy that rejects any acknowledgment of blame, the CCP warns the Netherlands to change the name of its de facto embassy in Taiwan or face a halt in PPE and a Chinese boycott of Dutch products.

On April 29, a senior CCP official blames the Trump administration for “wasting weeks after the threat posed by the virus first became apparent.”

On May 13, the FBI and Cybersecurity and Infrastructure Security Agency issue warnings that hackers with links to the CCP are attempting to steal the intellectual property of the American and other foreign companies seeking to develop a vaccine – this despite a CCP promise in the Phase I China trade deal to stop stealing America’s intellectual property.

On May 18, the CCP promises $2 billion over two years in assistance for the pandemic response globally. This is a fraction of the more than $9 billion in U.S. funding to benefit the global China virus response and less than China borrows from the World Bank. China has failed in its attempt to block 193 other member states from adopting a resolution that calls for an impartial, independent, comprehensive investigation into the WHO’s response and the origins of the virus. But the CCP has already begun to try and stall these important investigations.

On May 22, after subduing Hong Kong protesters with a lockdown and “under the cover of the virus,” the CCP moves in for the democracy kill with a new security law. This law will put Chinese security officials into the streets of Hong Kong, escalate surveillance of Hong Kong citizens, and impose a social credit score system designed to punish peaceful protests and dissent. This jackboot follows the April arrest of 81-year old Martin Lee, the founder of Hong Kong’s Democratic Party; news publisher Jimmy Lai; and more than 10 prominent pro-democracy leaders.

As we move forward in time, there will likely be many more political, economic and military gambits added by the CCP to exploit a pandemic that the CCP’s own bad behavior created.

The irony, of course, is that the CCP is now propagating the myth that the Chinese authoritarian rule provides a superior system of governance to the free and democratic rule of law. If public opinion polls are to be believed, however, nobody is buying what the CCP is selling.

We here in America surely are not buying it; and the CCP is hereby on notice that we are not distracted. We know exactly what the CCP is attempting to do.