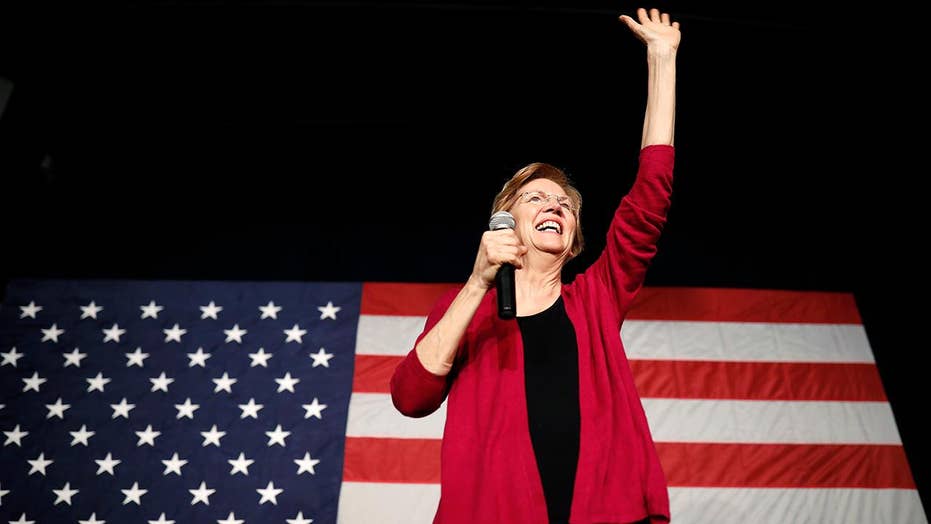 Barron’s reports that the cost of the partial government shutdown has now exceeded the $5.7 billion President Trump requested for his wall. That is how stupid Democrats’ “resistance” has become.

Two years ago, Donald J. Trump was inaugurated as the 45th president of the United States. Almost immediately thereafter, Democrats fastened on obstructing every single proposal from Mr. Trump as their party’s primary platform. Who could have imagined that two years in, hatred of the president would still be rolling across the country like a wrecking ball, undermining the integrity of the FBI and credibility of our courts, corroding our politics, and utterly destroying the fair-mindedness of the press?

From the moment Trump was elected, protests spread all over the U.S. and in many countries overseas. In the weeks that followed, students boycotted classes, activists blocked roads, the president’s name was stripped from his buildings, and one overwrought man set himself on fire – all to protest Trump’s election by 63 million Americans.

And the liberal media lost their minds.

BUZZFEED REPORTER, AFTER REBUKE BY MUELLER, UNABLE TO EXPLAIN DISCREPANCIES

Trump’s sin? Beating the “inevitable” Hillary Clinton, daring to suggest that open borders were a stain on the country’s rule of law, proposing that carefully vetting immigrants from some Muslim-majority countries known to be terror havens might help protect Americans from ISIS, disputing the value of the Paris Climate Accord, and making crude remarks about women in a decade-old recording.

And, to be sure, punching back against his many adversaries.

But the real and ongoing source of Democrats' outrage is that President Trump has continually and, it must be said, gleefully, skewered the establishment. He has challenged the conventional wisdom on nearly everything, revealing the shallowness of the group-think that has so long dominated our political discourse.

He has, in particular, stomped on the insufferable bloom of political correctness, delighting common-sense Americans who think that men, as well as women, deserve due process on college campuses, who imagine that school choice is truly a civil rights issue and who think that the sliding norms of behavior and decorum in our country are a negative, not a positive.

Worse, he has accomplished a great deal that should please all Americans, following through on promises to revive our manufacturing industries, make the U.S. more competitive, enact criminal justice reform, improve accountability at the Veterans Administration, boost consumer and business optimism, confront the Chinese over trade malpractice and other misdeeds, bring North Korea to the bargaining table, prod NATO to pay its fair share, rid the country of suffocating red tape, defeat ISIS and put people back to work.

In the days following the election, some 40 protesters staged a sit-in at the office of incoming Senate Minority Leader Chuck Schumer, demanding a change in Democratic leadership and chanting “grow a spine.” Their mission? To make sure Democrats would in no way and at no time collaborate with Trump.

Schumer was denounced by the protesters as a “Wall Street Democrat” and blamed for not “protecting” the country against Trump. Nancy Pelosi came in for similar treatment. The message was clear, the response swift; “resistance” was to be Democrats’ number one goal.

The real and ongoing source of Democrats' outrage is that President Trump has continually and, it must be said, gleefully, skewered the establishment. He has challenged the conventional wisdom on nearly everything, revealing the shallowness of the group-think that has so long dominated our political discourse.

Today, that resistance to all things Trump has brought the country to a stand-still. The president has asked for $5.7 billion (0.1 percent of the federal budget) to erect barriers that border agents say would help prevent people from entering the country illegally.  Nancy Pelosi and Chuck Schumer have denied the request, have refused to negotiate, and have delighted in polls showing that most Americans blame the president for the impasse.

Just this past weekend, President Trump offered Democrats a “deal” in return for the requested $5.7 billion barrier funding. The compromise included protection against deportation for some 700,000 DACA recipients and another 300,000 people granted Temporary Protected Status, as well as $800 million for drug detection technology, more border agents and 75 new immigration judges.

All those items are on Democrats’ wish list. They know that we need more immigration judges; as of July last year, there were 733,000 asylum request cases pending. They supposedly care deeply about the DACA recipients who have been left twisting in the wind for over a year. President Obama granted that group temporary protection against deportation via an executive order that even he acknowledged was illegal. President Trump ended the program in advance of an expected court-ordered shut-down, tossing the issue to Congress. He should have known better.

Nancy Pelosi and Chuck Schumer have also repeatedly expressed their concern for the 800,000 federal employees not receiving paychecks but have done zero to end the stalemate. They will only move to re-open the government when surveys show them losing the argument.

That could be any day now. Democrats’ refusal to even talk to the White House will not please most Americans. Already, Pew Research reveals that more Americans (53 percent) disapprove of how Democrats are handling the shutdown negotiations than approve (43 percent).

It is not only the 800,000 furloughed workers who are being harmed by the impasse; the partial shutdown is hurting sentiment across the country. That, in turn, will begin to erode growth.

Democrats might be happy to see the economy soften. They know that resurgent growth and a booming job market will be President Trump’s biggest selling point when he hits the 2020 campaign trail in earnest. Voters will weigh his actual accomplishments against the increasingly unrealistic promises  -- free college!, free health care!, guaranteed incomes! -- being lofted by the swarm of progressives vying for attention, and for the Democratic nomination.

Only a real economic slump will make that a fair fight.