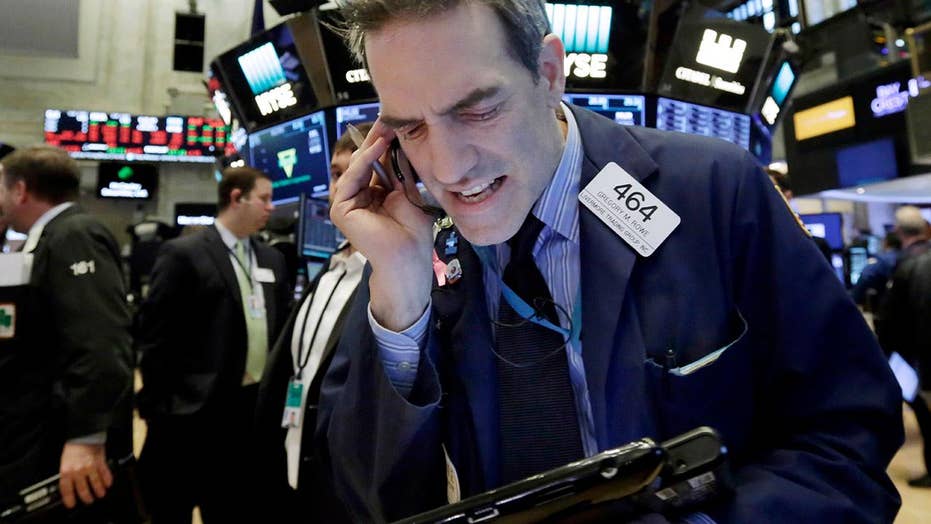 The Winter Olympics have begun in PyeongChang in South Korea, but unfortunately for American journalists, media bias is not an Olympic sport. If it was, they’d be breaking records for most medals won.

Instead, members of the U.S. news media will have to settle for beating up on President Trump as compensation. But since it is the Olympics, let’s pick medal winners.

The Gold Medal of Bias goes to horrific network coverage of the stock market downturn. The broadcast networks spent 2017 burying good economic news to the point where they failed to report 75 percent of all stock market highs when they happened. You read that right. Sixty-two out of 82 stock market highs didn’t make it on the evening news of ABC, CBS or NBC.

Yet Americans saw little of it.

But when the Dow started to drop, the media hyped it like they had images of 1929 dancing in their heads. After a big drop Monday, media chaos ensued.

The Washington Post referred to an 8-percent drop as “free fall.” Irresponsible Vox called the drop “this week’s stock market crash.” (This is a prime example of what happens when news organizations hire people who don’t even recall the last stock market collapse in 2007-2009).

The coverage was so incredibly uninformed and awful that the Poynter Institute, which promotes journalism education, published a piece headlined: “Journalists: Don't feed the stock market panic.”

“You will do your readers/viewers/listeners a disservice if you scare them with uninformed headlines,” senior faculty member Al Tompkins wrote in the article.

He might as well have saved himself the trouble. The media were unhinged, even predicting a “recession.”

It’s a weird thing watching media types practically celebrate a market downturn just to get at President Trump. But that’s 2018. Remember, 2019 will be worse and 2020 will be unimaginably bad.

CNN Snares The Silver: Sometimes bias is a team sport, like the Jamaican bobsled team, with less heart, humor or style. Think Jim Acosta, April Ryan, Brian Karem and more. It seems that all it takes to get a job on CNN these days is be anti-Trump.

On Feb. 2, former FBI Supervisory Special Agent Josh Campbell wrote an op-ed headlined “Why I Am Leaving the F.B.I.” for The New York Times. He wrote that he was joining “the growing chorus of people who believe that the relentless attacks on the bureau undermine not just America’s premier law enforcement agency but also the nation’s security.”

That was Friday. By Monday, it was announced that he had been named CNN’s new law enforcement analyst. It’s possible that CNN staff simply read the op-ed and hired him on the spot. Or perhaps he had been negotiating with the network for some time. We might never know, but it casts a pall on all of CNN’s recent FBI reporting and immediately undercuts the credibility of CNN’s new anti-Trump expert.

That alone is probably bronze worthy. But CNN’s team did so much more this week. Chief White House Correspondent Jim Acosta attacked Trump Chief of Staff John Kelly for daring to criticize so-called Dreamers – young immigrants brought to the U.S. illegally as children who are seeking protection from deportation. Acosta called Kelly’s remark “one of a long line of offensive comments coming out of the White House.” That’s your neutral CNN journalist.

CNN Political Analyst Brian Karem pretended Trump hates immigrants and argued that “every immigrant in this country isn’t a killer and a thug and a thief.”

And, in case that wasn’t enough, the Senior Diplomatic Correspondent Michelle Kosinski retweeted a famously phony North Korean satirical account. I might let this one go if the network weren’t so unforgiving of the failings of others. That, and the fact that Kosinski is famous for one of the most bogus news videos in modern times.

Back in 2005, when Kosinski was working for NBC News, the “Today” show aired her report on a massive New Jersey flood – or so viewers initially thought. As she was paddled through the flood, a couple pedestrians walked by, revealing the waters were only a couple inches deep.

Parade Coverage Grabs The Bronze: “I love a parade.” More than 85 years after that song was released it still resonates – everywhere but with journalists. All it took for the media, which promote the Macy’s Thanksgiving Day Parade and the Rose Parade, to turn anti-marching was for President Trump to suggest we needed a parade to honor the U.S. military and its heroic service members.

Those opposed to troops trooping filled the airwaves like ticker tape. NBC Pentagon Correspondent Hans Nichols compared the idea to the old Soviet Union and to present day North Korea in one breath.

Are there valid concerns about a display of U.S. military hardware or are political pundits reflexively opposing any idea from President Trump? Beverly Hallberg, Heritage Foundation fellow, and Erin Delmore, senior political correspondent for Bustle.com, join the debate.

“For the most part, U.S. presidents have avoided displays of military power that are often associated with the former Soviet Union’s Red Square celebrations, or more recently, Kim Jong Un’s parades in North Korea,” Nichols told the audience in a nice, one-sided way.

CNN (them again) “New Day” Co-host Chris Cuomo repeated the identical talking point, saying it is “the whole deal that you usually see out of North Korea.”

Senior Legal Analyst Jeffrey Toobin added during a panel discussion on CNN that “we're getting more North Korean every day in this country.”

Fellow CNN Host Don Lemon, who hasn’t appeared noticeably drunk recently, even asked: “Would there be nuclear weapons, like some countries?”

Honorable Mention, Who Gets The Tin Medals?: In true Olympic propaganda spirit, NBC did its best to ignore the fact that North Korea is a giant prison camp where there are no human rights, run by a maniacal and murderous dictator. (NBC is running the Olympics. PR fails must come with the contract.) The “reporting” discredited all those involved.

Simmons then interviewed anti-American North Koreans and one boy explained how “America gave unfathomable pain to our people.” That left out how North Korea tried to conquer the South in the Korean War that resulted in millions of dead and wounded.

That was about as tone deaf as Director Quentin Tarantino’s defense of convicted child rapist Roman Polanski. When asked about Polanski by radio shock jock Howard Stern, Tarantino inexplicably became a rape truther. “That’s statutory rape, you know, he had sex with a minor. Alright, that’s not rape,” he argued, because it wasn’t “violent, throwing them down.”