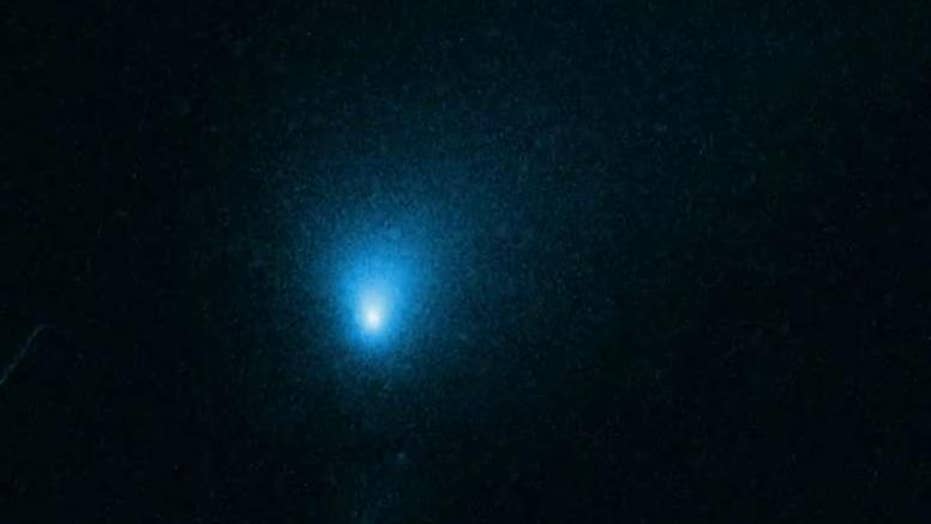 Interstellar comet will be passing near Earth

A pyramid-shaped 427-foot asteroid is set to whiz past Earth.

First, leap year involves astronomy, one of my scientific specialties, so naturally, I love it. It takes Earth about 365 days and 6 hours to orbit the sun – what we call the solar or tropical year. Those extra six hours create a problem for our Gregorian calendar, which is only 365 days long.

In order for us to keep step with the celestial clock, we need to add a full day to the calendar every four years. That is: 4 x 6 hours = 24 hours = leap day!

CALIFORNIA EARTHQUAKES HAVE EVERYONE ASKING THE BIG QUESTION -- WHEN WILL THE BIG ONE COME?

Leap day is tacked on to February because February used to be the last month of the  Roman calendar from which ours evolved; March, the harbinger of spring, was the first. Moreover, leap day causes holidays to leap forward from the previous year by two days, not just one – for example, Christmas goes from a Monday to a Wednesday. That’s how leap year got its name.

Second, leap year is quirky and thus incites us to flout convention with playful abandon. In heterosexual relationships, for instance, it’s customary for men to propose marriage, not women. Even today, men reportedly do the proposing ninety-five times out of a hundred.

But in fifth-century Ireland, legend has it that St. Patrick blessed a law (supposedly at the importuning of St. Brigid of Kildare) that inverted the custom – but only on leap days. Every February 29th women were allowed to propose marriage – and eventually, in Scotland, men who said no had to pay a fine.

There’s one last thing I love about 2020’s leap year. It’s very likely going to reward us with a bonus prize you rarely hear about – a leap second.

Third, leap year is a gift with absolutely no strings attached. It gives us an extra day every four years, the way the end of daylight savings time gives us an extra hour every November. And who in today’s busy world can’t use more hours in a day and more days in a year? I sure can.

There is one tiny caveat. The solar year is not really 365 days and 6 hours long – more precisely it’s 365 days 5 hours, 48 minutes, and 45 seconds long. And even that is an approximation!

It means we occasionally need to skip a leap year in order to keep our calendar in sync with the heavens. Here’s the little formula scientists have worked out to make sure it happens: a leap year occurs in years divisible by four, but not divisible by 100 – except for those divisible by 400.

If not, don’t worry. All you need to know is that 2020 – the year we just rang in – is a leap year. And that we’ll continue enjoying this astronomical, quirky gift of time every four years from now until the year 2100.

There’s one last thing I love about 2020’s leap year. It’s very likely going to reward us with a bonus prize you rarely hear about – a leap second.

Our official atomic clocks, you see, are ticking too fast compared to the rate Earth is spinning on its axis – there are too many ticks in a day. To compensate for this mismatch our clocks need to be stopped for a second every now and then.

What’s more, the mismatch is increasing. The moon’s gravity and other natural forces are slowing down the Earth’s rotation rate even further – by about 1.8 milliseconds per century. In 200 million years, a day will be 25 hours long! Talk about having more time in a day.

The last occasion we had a leap second was December 31, 2016. Based on current predictions, we’ll all enjoy an extra second of sleep, of life, on June 30th of this year.

So now I ask you: what’s not to love about all this? I say, nothing! Happy leap year!