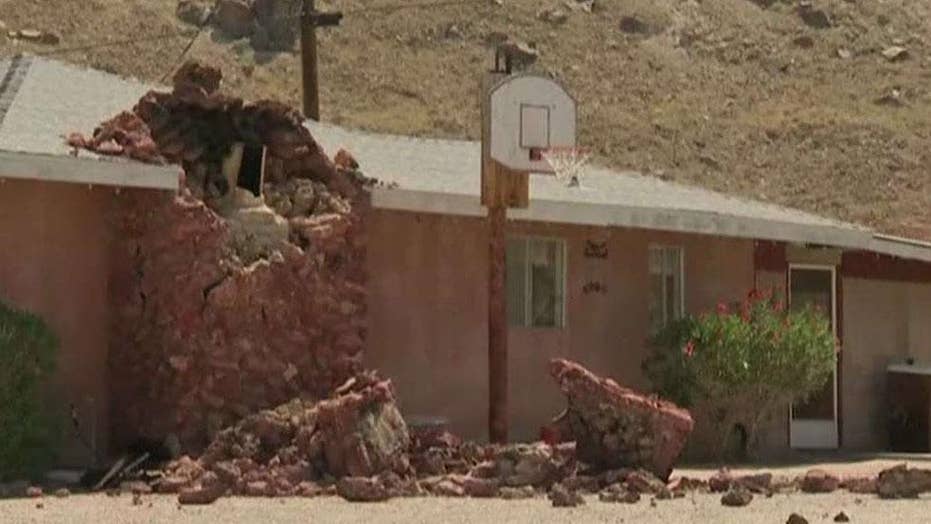 I was born and reared in Southern California, so the quakes now rattling the northern Mojave Desert area 150 miles east of Los Angeles are nothing new to me. Some things never change – and in this case, never will or should.

Earthquakes are called natural disasters. But in fact they are Earth’s way of releasing internal stress. Without quakes, the stress would build and build until the planet exploded.

That’s small comfort to quake victims, of course. Including those now enduring hundreds of nerve-wracking tremors, which so far have been punctuated by a 6.4 on the Fourth of July and a 7.1 the day after – the largest tremblors to rock California in two decades.

But quakes have been and always will be a way of life in the Golden State. That’s because it has the great misfortune of straddling the San Andreas fault, a major north-south fracture in the Earth’s crust where North America butts up against the Pacific Ocean plate.

Because the two massive crustal plates move in opposite directions (at about the rate your fingernails grow), the constant grinding and scraping between them causes the ground up and down the San Andreas to shudder. Sometimes the jagged edges catch and tension builds until the whole thing snaps catastrophically.

That’s what happened to San Francisco in 1989. A monster 6.7 quake, which I covered for ABC News, killed 67 people and caused more than $5 billion in damage.

The seismic hazards don’t stop there. Like a major river, the San Andreas has many tributaries – faults big and small that fan out and fracture the state from top to bottom. As a result, most Californians live within thirty miles of an active fault line, of which there are more than five hundred.

USGS supercomputers say there is a 31 percent chance The Big One will happen by mid-century – that a magnitude 7.5 quake will clobber Los Angeles. But that’s another thing that will never change: sketchy predictions.

The two small faults causing the current commotion are new and unnamed. But they lie squarely within the notorious Little Lake Fault Zone between four volcanic mountain ranges, just north of a major east-west crack known as the Garlock Fault – all together a seismic hell once dubbed “the earthquake capital of the world.”

One thing that has changed in my lifetime is the science of earthquakes. The U.S. Geological Survey (USGS) now has California wired with a vast network of super-sensitive quake detectors. Seismometers, tiltmeters, creepmeters, strainmeters, and other kinds of devices instantly pick up on the slightest movement, tilt, displacement, or pressure in Earth’s crust and alert scientists in Menlo Park, California.

The USGS is also experimenting with an early warning system for the public called ShakeAlert, which I wish had existed when I was growing up in Los Angeles. The moment the ground begins to significantly misbehave somewhere, the ShakeAlert app broadcasts a warning at the speed of light – 186,000 miles per second – far faster than the quake’s damaging wavefront, which typically advances at only 2 miles per second.

“ShakeAlert can give enough time to slow trains and taxiing planes,” the official website explains, “to prevent cars from entering bridges and tunnels, to move away from dangerous machines or chemicals in work environments and to take cover under a desk, or to automatically shut down and isolate industrial systems.”

All of this is welcome news for Californians who, as I did for so many years, live in constant dread of The Big One. But nothing will ever change the fact that The Big One will happen – ShakeAlert or no – and the damage and death toll will be staggering.

USGS supercomputers say there is a 31 percent chance The Big One will happen by mid-century – that a magnitude 7.5 quake will clobber Los Angeles. But that’s another thing that will never change: sketchy predictions.

Consider that after the 6.4 quake on the Fourth of July, seismologists predicted a mere 2 percent chance that within a week there would be a magnitude 7-plus quake. Not only did a 7.1 quake strike with 100 percent certainty, it did so the very next day.