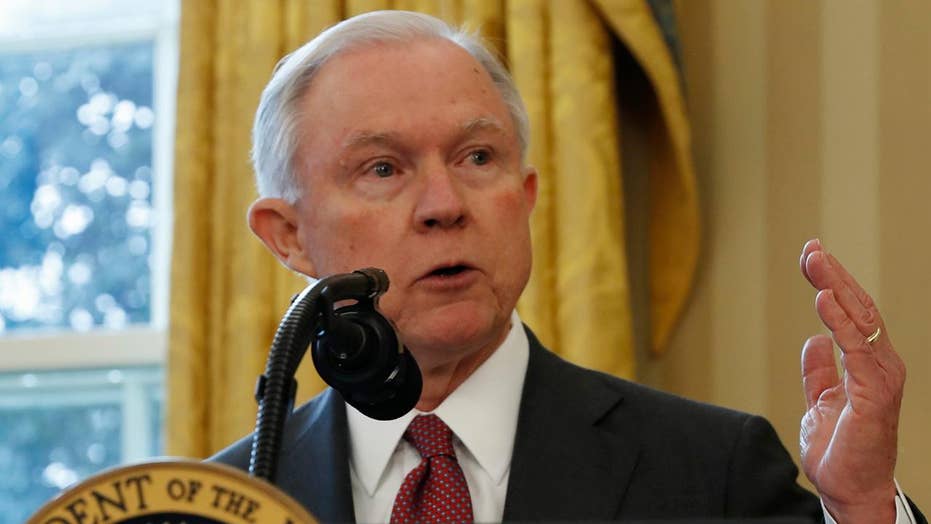 Attorney General Sessions: We have a crime problem

A central tenet of President Trump’s campaign was restoring “law and order” to our country. Attorney General Jeff Sessions has pledged to do the same. Last week, the president spoke to law enforcement and signed three executive orders to reduce crime.

We are grateful the president has expressed strong support for our work. As he considers how to put his public safety agenda into action, we urge him to listen to the people who know this work best: law enforcement leaders. Together, my co-chair former Dallas police chief David Brown and I have 67 years of on-the-job police experience. Now, we lead an organization of 200 police chiefs and district attorneys from all 50 states with vast knowledge of how to eradicate violence from our streets.

Here are five ideas informed by our experience as law enforcement we hope the new administration will incorporate into its anti-crime agenda.

1) Prioritize fighting violent crime. Crime rates are half what they were in 1991. Yet serious problems persist in some major cities — particularly Chicago. The federal government can help. Each year, billions of dollars go to support overwhelmed police departments. These funds help us investigate and prosecute crime. But law and order is best achieved through smart policing. Now, some resources are wasted on antiquated tools that focus on lower-level drug and nonviolent offenders. It’s time to reprioritize.

President Trump’s executive order establishing a Justice Department Task Force on Crime Reduction and Public Safety is a start. He has also promised a “Restoring Community Safety Act” during his first 100 days, which encourages law enforcement to focus on crime generally. Any broad brush approach to this task force would be a mistake. We urge the president and Congress to target federal efforts and dollars directly toward violent crime prevention — the biggest threat to our safety.

2) Pass federal sentencing reform. Police officers take seriously our responsibility to uphold the law. The threat of arrest, prosecution and prison is an important tool in that endeavor. But current sentencing laws can be unnecessarily harsh and lengthy, actually increasing crime. Upon release from prison, nonviolent, first-time offenders struggle to find housing and employment. Facing few legitimate opportunities, they often return to crime and jail.

State-level progress shows it doesn’t have to be this way. Over the last 10 years, 27 states have reduced both crime and incarceration simultaneously. President Trump has an opportunity to bring needed change and rationality to Washington by supporting a bipartisan effort to recalibrate sentencing laws. House Speaker Paul Ryan, R-Wis., and Sen. Chuck Grassley, R-Iowa, have pledged to reintroduce and pass the Sentencing Reform and Corrections Act, modeled on these state successes.

The law enforcement community — including the Major Cities Chiefs Association, Major County Sheriffs Association, National District Attorneys Association, International Chiefs of Police, and Law Enforcement Leaders — strongly supports this measure, which would save $722 million over the next 10 years. Putting fewer people behind bars will free funding and time for our officers to focus on targeting and preventing violence and murders, making our streets safer.

3) Increase mental health and drug treatment. Today, 1.3 million inmates have mental health disorders and 1.5 million suffer from drug addiction. Only 27 percent of offenders with a mental illness and 11 percent of addicts receive treatment. The president has rightfully recognized that our prisons are being used to warehouse the mentally ill.

Focusing on treatment saves money, and keeps people out of prison. For example, outpatient substance abuse programs can save up to 12 times their cost and reduce criminal activity by up to 80 percent. That’s why Republican governors like Rick Perry of Texas and Mary Fallin of Oklahoma made treatment programs an important part of their public safety efforts.

Nationally, President Trump and Jeff Sessions can make a difference by directing the Justice Department to prioritize grants for cities that divert non-violent offenders away from prison and into treatment.

4) Bolster community policing. There is tension between many police departments and the communities we serve. Without cooperation between us, enhancing public safety is impossible. And a mistrustful community puts police officers’ lives at risk.

Community policing reduces crime while strengthening the bond between police and communities. With a stronger relationship, citizens are more likely to report crime and cooperate with investigations, leading to more offenders brought to justice. To be effective, these programs need adequate funding. But the budget for the Justice Department’s Office of Community Policing Services has declined dramatically since 2002. Several news outlets have reported the administration desires to defund it entirely. We strongly urge President Trump to preserve and expand this essential resource.

5) Expand recidivism-reduction programs. About half of released prisoners end up back behind bars within three years. This revolving door is a public safety risk. In-prison programs that provide job training and vocational services are proven to help prisoners find jobs and lead law-abiding lives upon release.

We urge the president and the Justice Department to support programs to help ease re-entry, and transitional housing that eases inmates back into society. Both would reduce taxpayer dollars spent on repeat incarceration and reduce crime.

Maintaining law and order is a principal goal for our country. But it need not be a synonym for unnecessary arrests, prosecutions and imprisonment. We know that doesn’t make us safer. We urge the president to start his partnership with law enforcement by committing to these proposals to help us keep America safe.

Ronal Serpas is former Chief of the New Orleans Police, Nashville Police and Washington State Patrol and is co-chair of Law Enforcement Leaders. He serves as a professor of criminology at Loyola University.