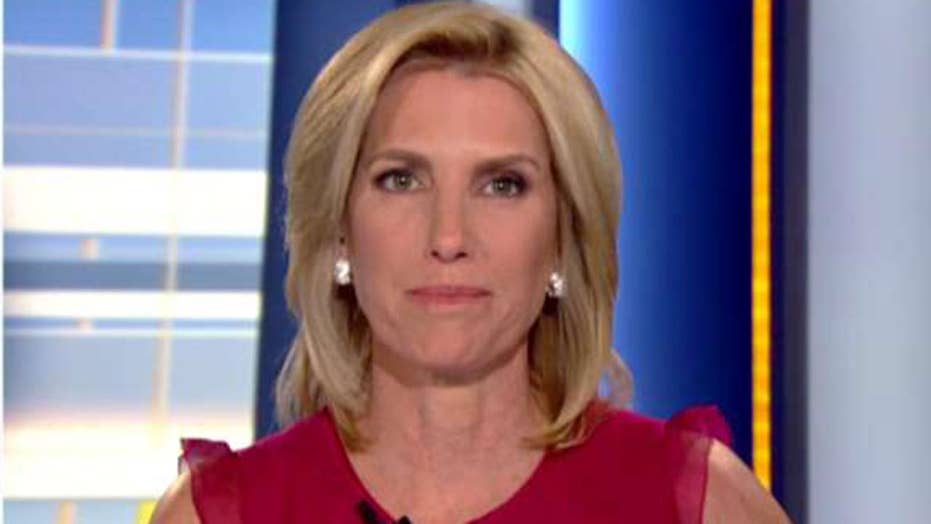 And Mueller's findings of no collusion or coordination with Russia shows that we were right, and the bitter nasty anti-Trump forces were wrong. And how wrong were they? It's not enough to play the sound bites and laugh, although it is fun because, after these two turbulent years, American deserves more than just a day or two of media analysis and one fair headline from The New York Times.

American deserves to know what really happened here -- the forces, the individuals and the motivations behind this total travesty of justice. And we must ensure that those responsible face real, political, legal and professional repercussions. These past 675 days were filled with unfair, slanderous, defamatory, vicious, irresponsible, erroneous reporting and commentary about President Trump and his current and former staff and yes, his family.

We're going to be naming names in the Russian investigation "Hall of Shame." We will not forget -- and neither should you -- those who acted and spoke with such a reckless disregard of the truth and basic standards of professionalism. There must be a reckoning. It's time to hold government officials, reporters, pundits, media executives and yes, politicians, accountable for their role in this Russia hoax.

In Russia hoax political Hall of Shame, let's begin with Sen. "Tricky Dick" Blumenthal from my home state of Connecticut. At one point, he could talk only of the possible Moscow Trump Tower deal and Russian collision. "The project never happened, but not for lack of trying and not for lack of desire," he once said on a rival cable news network. "The Russians knew he was lying to American people. They enabled him. And now they have that leverage over him so he's compromised."

Who's compromised now, Dick? But now at the end of the Mueller probe, Blumenthal must realize that there was no Russian leverage over the president, right? Surely he's changed his tune.

"The facts and evidence here are likely to show a lot of criminality, a lot of wrongdoing and lawbreaking, that is not indicated here," he said of Mueller's findings.

Okay, he was a state attorney general, by the way.

For our second entry, let's move on to Mad Maxine Waters, shall we? Now you remember what she said back in 2017?

Waters: This president and his allies, I believe, and others believe colluded with the Russians to undermine our democracy, and we're not going to stop talking about it. All I know is this, if he thinks he can stop me from talking about impeach- 45, he's got another thought coming, I am not intimidated by him. I'm going to keep saying that we need to impeach him.

But what is she saying now after Muellers; findings?

Okay, so let me get this straight Maxine. So now Andrew Weissmann and Bob Mueller are all part of a pro-Trump conspiracy with what? Conservative journalists?

Our third entry in the political Hall of Shame goes to "Ben and Jerry" Nadler. I mean Jerry Nadler. Surely, an elder statesman like Jerry has a different view. A few months ago, he said the following:

Nadler: It's become very clear that the Trump campaign colluded with the Russians in trying to subvert the election. The president is right to be nervous right now because it appears that the time is running out when he can hold himself above the law.

Now we know though now that neither the president nor anyone in his orbit will be indicted for colluding with Russia. I bet Nadler sees things differently now, right? This is what he said on Sunday, after it was revealed the Mueller report found no evidence of collusion between Trump, his campaign and Russia.

Nadler: We know there was some collusion ... Why there's been no indictments, we don't know ... There have been obstructions of justice, clearly. Whether they're criminal obstructions is another question.

This takes your breath away. There was no obstruction found, after two years of investigation, sir. But of course, he says there is obstruction. What?

There's no criminal collusion found. But he says we know there is collusion. What?

Fourth on the list, "Crazy" Mazie Hirono. She likened President Trump to a would-be dictator and king last year and said he was afraid of what the Mueller investigation would reveal.

So after everything we learned over the weekend, she's doing a mea culpa now, right?

Hirono: Just because there was not enough evidence for a criminal charge of conspiracy, does not mean that this very cozy relationship that Donald Trump has with Vladimir Putin [doesn't exist].

As I always say, being a liberal means never having to say you're sorry. She's just acting like old Rep. Eric Swalwell, D-Calif.,  who frankly makes me unwell.

For months he's painted a portrait of the president that could've been ripped from a Mario Puzo novel. So after the attorney general and special counsel cleared the president of wrongdoing, he's changed his mind, right?

This is what Swalwell said about Mueller's findings.

Swalwell: I think the American people want to know whether this president violated conduct, whether he violated not only the law, but that honor code that we all count on.

As for President Trump, he should take this moment as an opportunity to reset and relaunch his presidency, free of the albatross of the Russia investigation. It's now time to take it all into high gear. Strike a good deal with China, if one can be had. Get this border sealed. Build as much of that wall as you can.

Wait a second -- the "honor code"? Is the president now like a member of a Cub Scout troop? Did he break the law or not? Swalwell, like shameless Adam Schiff, can't let go of their old narratives. "I certainly say with confidence that there is significant evidence of collusion between the campaign and Russia," Schiff has said. "There's a very real prospect of that on the day Donald Trump leaves office, the Justice Department may indict him, that he may be the first President in quite some time to face the real prospect of jail time."

Nope, wrong. There are no grounds to indict them because, as Mueller said, there was no collusion between the president, the Trump campaign and the Russians. So you did read the Barr letter, didn't you Adam? He said the following on Mueller's findings:

Schiff: There's still a lot of reason to be concerned about this President's relationship with Russia and Putin.

Republicans should note the tenacity of these people. Even when they're proven completely wrong, they double-down and press their case again and again and again. Imagine what Republicans could do with that kind of commitment.

All these Democrats showed hideously, flawed judgment, and each and every one of them now should face primary challenges. These Democrats and many more made a cataclysmic mistake. They spent countless hours on TV, giving speeches. They were pronouncing the end of the term presidency, literally accusing him of seditious behavior.I don't think a lot of them even believe what they were saying, but they didn't care. Hating Trump became its own competitive sport. 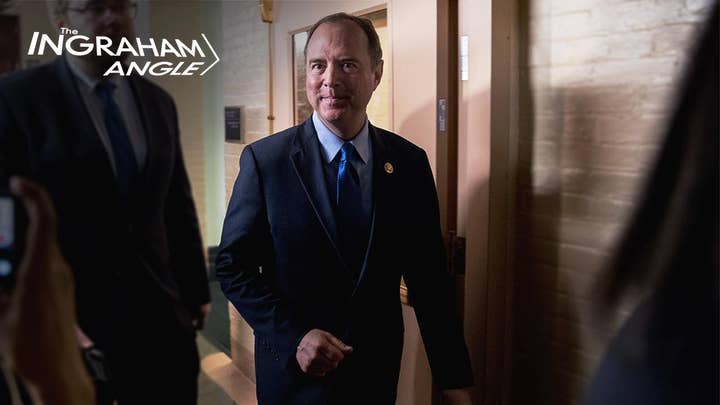 And in the meantime, Trump kept pushing forward, growing the economy, appointing great judges, trying to untangle red tape, and kill regulations that suffocate expansion and innovation in business. But the Democrats left their own party unattended. Although they did well in the midterms -- let's face it and they won back the House -- a lot of that was because of anti-Trump stuff, fed by the Russia falsehoods. Substantial workable ideas were few and far between.

Well, what did this do? This created a vacuum - an ideas vacuum in the Democrat party which left the door open to socialism, which the freshman radicals walked right through. So what did two years of bashing Trump really get them? Even after the Mueller report, they're threatening more hearings. Otherwise, Democrats are on the defensive. With infighting in their ranks, fending off charges of anti-Semitism, as their new young radicals embrace collectivism.

As for President Trump, he should take this moment as an opportunity to reset and relaunch his presidency, free of the albatross of the Russia investigation. It's now time to take it all into high gear. Strike a good deal with China, if one can be had. Get this border sealed. Build as much of that wall as you can. Task ICE to find those illegals already subject to removal orders and deport them. That in and of itself will have a great deterrent effect of the border.

Show the country that the left wasn't just wrong on Russia -- they were wrong on just about everything. Go to the inner cities, go to the blue states, expand this movement. Show your heart, that you're charming and have fun, Winning is fun.

Now gloating won't get you re-elected, and neither will the Mueller report. But your record of success, properly framed and explained, will. And that may be the best reckoning of all.

Adapted from Laura Ingraham's monologue from "The Ingraham Angle" on March 25, 2019.