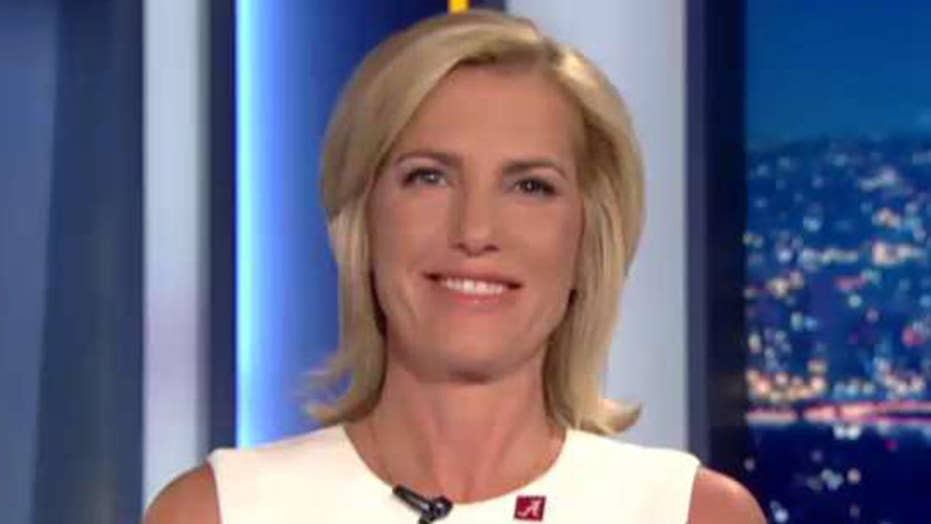 Ingraham: The crisis of crisis denial

Liberals continue to fight against Trump's border wall, claim the border crisis is made up.

Since getting back from Christmas break, I've tortured myself by reading and watching some of the usual suspects in the media - Fake news populated by fake thinkers.

Now there are basically two movements in the coverage. First, the manufactured outrage about what is a partial, and obviously temporary, government shutdown. Government workers haven't missed a paycheck yet. I hope they don't.

The second in this coverage is the downplayed concern about the actual effect that illegal immigration has in America, because in the media's way of thinking, it's not a crisis at all.

OK. I am completely confused. It's a crisis that certain nonessential government workers won't be paid starting on Friday - though they will ultimately get all their money when the government reopens. But it's not a crisis when just in the past fiscal year, a total of almost 400,000 individuals were caught crossing our southwest border?

Now, to give you a sense of just how bad it is, in October and November of this past year, that's the first two months of the new fiscal year, almost 102,000 people have been caught. That's quite a clip.

And the number of people crossing illegally with children has also skyrocketed. In the Rio Grande Valley sector alone, the number spiked 27 percent since last year, jumping from like 49,896 in fiscal year 2017 to 63,278 in the last fiscal year. Not a crisis?

This is, and has been, a crisis felt by average Americans far beyond the comfy confines of TV studios and far beyond the heady halls of Congress. Yet the media and deceitful politicians only acknowledge the crisis when the tragedy of an immigrant child makes the headlines.

And you bet every life is precious. And you bet that every death is tragic - deaths at the border, deaths beyond the border. But the fault here lies with irresponsible parents who expose their children to this perilous journey and the feckless politicians who refused to do their job and support a common sense enforcement agenda that President Trump has and asylum reform that is beyond desperately needed.

Now, over the past year, I have repeatedly urged the president to address this critical issue, and not just the wall, in a major primetime address. Well, I'm glad to see that he announced he's doing just that on Tuesday night. And it's going to be followed by a trip to the actual border in McAllen, Texas. Good.

I would hope that when he does this, the president personalizes the border crisis. Those statistics I just gave you are important. But we need to emphasize how illegal immigration has directly - and at times, tragically - affected the lives of all Americans and the people trying to come into the country. It's been dangerous for them.

Tuesday's speech should be wide-ranging, hitting all the big immigration issues, from chain migration to the visa lottery, the need for mandatory e-verify in the workplace, and also yes, even the scam of so-called birthright citizenship. That's where children of non-U.S. citizens are granted automatic citizenship, just for being born here.

Every year, thousands of Chinese, Russians, and others travel to the United States to have babies just for the U.S. passport. It's called birth tourism. It is a complete outrage. It's big business. And no, it's not a constitutional right. So don't try me on that.

As for all those who claim, by the way, that illegal immigration is not a crisis, I think American families of these victims would disagree. The day after Christmas, California officer Ronil Singh was shot in cold blood during a routine traffic stop. He left behind a wife and a five-month-old baby. His murderer is illegal alien Gustavo Perez Arriaga.

Thousands of citizens and hundreds of officers attended the funeral service over the weekend. I wish all of you could watch it.Officer Singh originally hailed from Fiji.  Naivakarurubalavu Solo Mara, the Fijian ambassador to the U.S., spoke at the service and he had a better grasp of this tragedy than many American commentators.

"No words can take away their pains. No object can fill the void in their hearts," he said. "No embrace can be more comforting. No scheme can replace their shattered dreams. No death can be more untimely. This is what Ronil Singh's passing must mean to those closest to him."

And Officer Singh's parents are still alive as well, by the way.

And then on December 29th, 22-year-old Pierce Corcoran was killed in a collision in Knoxville, Tenn. The man who swerved into him and took  his life was another illegal alien, Franco Cambrany Francisco-Eduardo.

My friends, the families of both of these upstanding Americans are in crisis. The president cannot relent. He must continue to speak for these families and frankly for the millions of you who believe that every country --  not just our country but every country around the world  -- has the sovereign right to determine who can and cannot reside here. It's not immoral to do so. 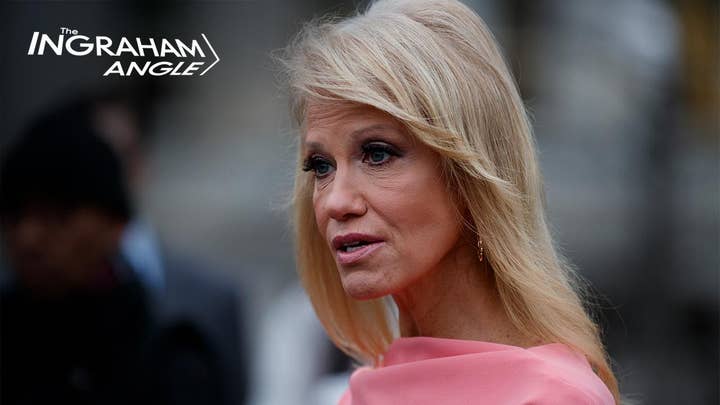 And if our elected representatives refuse to do their solemn duty to defend our country, then we, in essence, kind of already have a government that is shut down -- shut down to the will of the people. And by the way, the people routinely rank illegal immigration as one of the most urgent problems facing this nation.

As for the Republicans on Capitol Hill, think about it for a moment. Take a lesson from the Democrats. They never break ranks. Think about what you Republicans accomplished by supporting the president during the confirmation fight of Brett Kavanaugh. When things got tough, when the media were piling on, Republicans stood firm. Do it again here.

The Democrats are desperate to divide and conquer the GOP. Don't let them.

Adapted from Laura Ingraham's monologue from "The Ingraham Angle" on January 7, 2019.