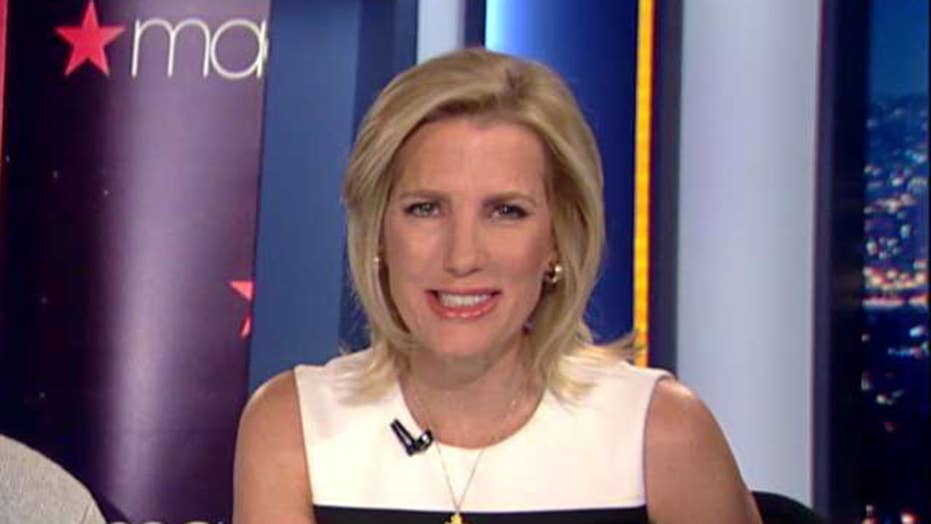 Ingraham: The false allure of victimology

If you're a liberal and have an outrageous claim that implicates President Trump and what he stands for you'll probably get national attention, high-profile interviews, magazine covers and, of course, money.

The superintendent of the Chicago police was visibly, understandably, outraged Thursday by what his department and the community has endured because of Jussie Smollett's fabricated hate crime.

"When we discovered the actual motive, quite frankly it pissed everybody off," Superintendent Eddie Johnson said. "You know, because we have to invest valuable resources, a lot of the - what I want you all to really understand is when you all put things out there into the universe that's not actual facts then it causes us to have to chase all that stuff. Those are resources and time spent that we'll never get it back."

Oh well, that's all well and good, I guess, but poor Jussie. Making a boatload of money per year, it looks like he was driven to this by his warped view of celebrity income inequality.

Now, what drove Smollett, a supporting actor on the Fox show "Empire" to think that this stunt -- this victim narrative that he'd been assaulted by MAGA hat-wearing thugs -- would get him a pay raise? Well, probably because he had seen others profit from the same routine and never get penalized.

There has been a long line of celebrity victims in recent years. People known only for their self-proclaimed victimhood. There was Colin Kaepernick, who after staging kneeling protests and disrupting the entire sport of football, claimed he was being victimized by NFL owners who are keeping him from playing just because of his activism. Well, of course, he got a multimillion-dollar Nike contract and a hefty NFL settlement out of the whole deal. So, you see, victimhood pays.

And then, of course, there was Christine Blasey Ford. Like Smollett, Ford turned on the drama for the cameras. And even when her charges against Brett Kavanaugh didn't hold water -- there was no substantiation -- she was still invited by Sports Illustrated to be an awards presenter before the glitterati.

Now, it's obvious for anyone capable of objective thought, if you're a liberal and you have an outrageous claim that implicates conservatives like President Trump, what they all stand for, well you'll probably get national attention. You'll get high-profile interviews.

You'll be on magazine covers and of course, you get a lot of money. Blasey Ford made out like Batman, raking in over $800,000 via a GoFundMe account. That was all for her security.

And for a politically active, Trump-hating minor celebrity like Jussie Smollett, the lesson was learned. Victimhood pays and often handsomely. Crying racism would be his ticket to fame and fortune. Heck, it beat playing second fiddle to Taraji Henson on a show whose ratings were already on the downslope.

So Smollett decided to write his own new role where the character would be someone important, a moral crusader on a mission to warn the whole country about the dangers of Trump. Now the absurd details of this phony attack confirmed all of the worst, most toxic of left-wing caricatures of Trump followers -- that they're this new breed of Klansmen, waiting around the corner of every major city to assault and lynch black and gay liberals. Suddenly it was like 1955 in Birmingham all over again, kind of like a really bad, Spike Lee film or something.

And then when the fantasy came crashing down and police began to discover the lies, the real truth. The pair of brothers buying supplies, those Nigerian brothers on the coordinated phone calls. The evidence was overwhelming that Smollett had committed a poisonous fraud on America. So, naturally, Smollett media cooperators blamed conservatives.

It's unreal. So it's like heads they win, tails we lose. Trump supporters are guilty no matter what, no matter how egregious the underlying fraud, it doesn't matter.

For a politically active, Trump-hating minor celebrity like Jussie Smollett, the lesson was learned. Victimhood pays and often handsomely. Crying racism would be his ticket to fame and fortune. Heck, it beat playing second fiddle to Taraji Henson on a show whose ratings were already on the downslope.

The answer is they can't argue any of that because they have no substantive arguments. But they can -- and they do -- sell victimhood. And for that, they have a lot of buyers. About a year ago, Kanye West said, in a pair of tweets, the following: "There was a time when slavery was the trend and apparently that time it's still upon us. But now it's a mentality." Then he wrote, "Self-victimization is a disease."

Well, you bet it is, because when any of us cling to victimhood, we give away our power -- our power to solve problems and to better ourselves the old-fashioned way. It's through something called hard work.

And it's important to understand the left's strategy here. They'll use fabricated tales of victimization to divert attention from other inconvenient truths. Now remember, it was Smollett who crashed in and took the focus off of Virginia Gov. Ralph "Blackface" Northam and his Lt. Gov. Justin Fairfax, who's accused by at least two women of sexual abuse. Boy, that Virginia story faded fast, didn't it? And now that Smollett anti-Trump drama has blown out, the media has jumped on a story of that whack job Coast Guard lieutenant who wanted to murder Democrat politicians. 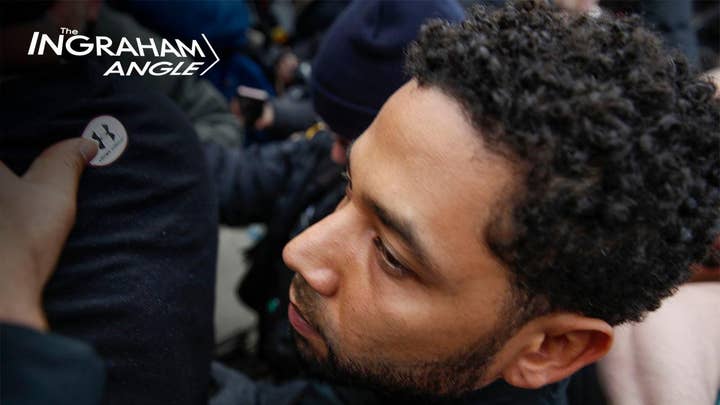 Again, this is so predictable. It's almost boring. But notice that when conservatives are truly victimized, physically attacked, when conservatives are actually targeted and shot for their political beliefs, like Congressman Steve Scalise, the media, they have no time for that. It's as if it never happened. In fact, Nancy Pelosi admonished Republicans against laying blame on Democrats for that attack.

Despite the shooter's devotion to Bernie Sanders, conservatives didn't rush in to connect the Vermont senator to the shooting. Nor did they try to link Smollett criminal actions to his political heroes, Barack Obama and Maxine Waters, because to link that would be unfair. And it would be just plain stupid.

But many anti-Trump partisans in the media felt obligated to connect Donald Trump and his supporters to a story that was ludicrous from the get-go.

The modern Democratic movement has abandoned the optimism and the idealism of John F. Kennedy and people like Patrick J. Moynihan. And now it's activist core pedal's non-stop anger and resentment. So, in a decade, just a short decade, they've gone from hope and change to hate and rage.

And when 2020 comes around, I somehow doubt the message of "you're a victim" will be let's be victorious.

Adapted from Laura Ingraham's monologue from "The Ingraham Angle" on February 21, 2019.