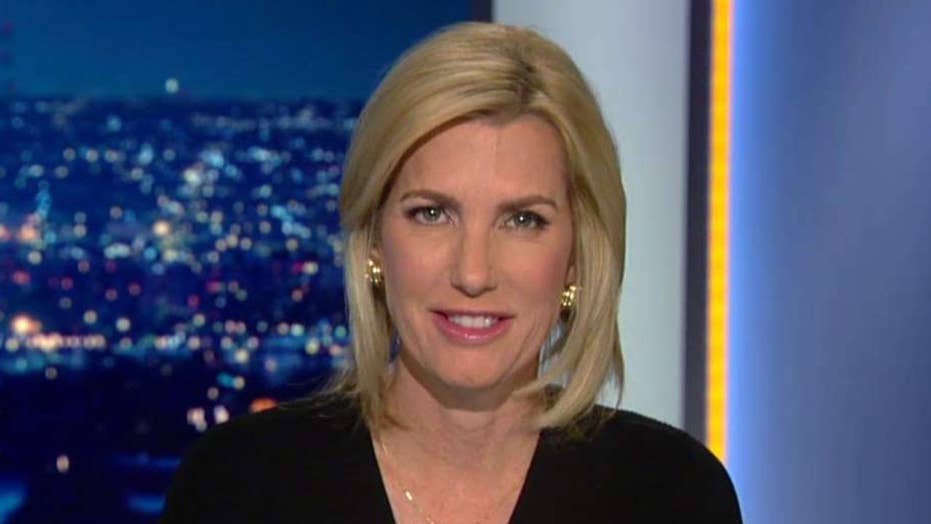 President Trump's push for a border wall, his instincts on NAFTA, and insisting on fair trade with China are spot on.

What’s often lost in the Cohen, Comey, Flynn, Mueller shuffle - a more important issue, far more important with a far greater impact and reach - is the threat of globalism. Were it not for the leadership vision and the hard work of the Trump administration, we can be looking at a much less free and prosperous USA over the next 100 years.

The president's instincts - pushing for a border wall, renegotiating NAFTA, insisting on fair trade with China -  are spot on. On almost every important issue, President Trump has held firm, even in the face of immense resistance from those who have made billions on the failed promise of globalism. But the president has faced enormous opposition in his efforts, and not just from outside his own party. He clashed with Gary Cohn, his now-former director of the National Economic Council.

"I am absolutely not offended by the term 'globalist' because I am a globalist," Cohn said on another cable news channel on Tuesday. "I believe we live in a globalized world. I think the United States is a very integral part of a globalized world and we have to figure out how to live as a good citizen of globalized earth. So, do the Chinese. So, do the Russians. So, do the  Middle Eastern countries. But we are globalized. We cannot change that fact."

We have to figure out how to be "good global citizens." While that might sound really high minded, what's happened in the 20 years since China entered the WTO is not pretty. We ended up enriching other countries and lots of Wall Streeters like Cohn himself, as our own middle class suffered.

Thousands of U.S. companies moved overseas for cheaper production, all ushered in under the banner of globalization. Gone were most American made products from textiles to toys to televisions. Sure, it wasn't what the globalists told us what happened once China was welcomed into the World Trade community.

"By joining the WTO, China is not simply agreeing to import more of our products. It is agreeing to import one of democracy's most cherished values, economic freedom," former President Bill Clinton said at the time. "The more China liberalizes its economy the more fully it will liberate the potential of its people. Their initiative, their imagination, their remarkable spirit of enterprise."

Only the United States, my friends, has the economic and moral might to keep China's global ambitions in check.

Well, how did that work out? The Chinese are richer, sure. But we have a $375 billion annual trade deficit with China and the only "imagination" they brought to the game is in their plotting to steal America's innovations. Eighteen years after China's entrance into the WTO, even Trump's most ardent critics are conceding that basically, he's right.

"Let's be honest on one big fundamental point, Donald Trump is right. China is a trade cheat," CNN host Fareed Zakaria said. "The U.S. Trade Representative's Report to Congress on China's compliance with global trading rules is an exception worth reading. It lays out the many ways that China has failed to enact promised economic reforms, backtracked on others and used formal and informal means to block foreign firms from competing in China's market. All of which directly contradicts Beijing's commitments when it joined the World Trade Organization in 2001."

But even as the intelligentsia began to recognize reality, some liberal do-gooders in Hollywood and Silicon Valley are MIA. They're willing to bow to the Chinese censors to maintain access to the marketplace. Desperate to capture the Chinese box office, industry execs forgo most of any project that would offend their Chinese overlords. Where is that Mao film, Mr. Spielberg?

Now ironically, the Hollywood crowd claims to be vigilant guardians of artistic expression, and they give tedious speeches at award shows about living your truth. All the while, they avoid the inconvenient truth about how day-in and day-out China brutalizes dissidents both religious and political.

The Associated Press is reporting that a million Muslims are housed in internment camps in China. At one facility, they're forced to make clothing that despite being a violation of U.S. law has made its way to an American sportswear supplier.

And this Christmas season, I ask you to remember what's happening to China's estimated 100 million Christians. House church pastors and underground bishops are arrested for being threats to the state. Churches are bulldozed, crosses ripped off steeples. Parishioners are forced to celebrate in secret. And there are reports that the regime is subjecting Falun Gong members to forced organ harvesting.

The Jamal Khashoggi's murder by the Saudis is still making news, and Trump is faulted for his response. But there is no equivalent media coverage or condemnation of China for its widespread ongoing horrific human rights violations. Access to the Chinese market has turned captains of industry into silent stooges and frankly, enablers.

Meanwhile, the political class is afraid of Goldman Sachs, hedge funds, and any big business that stupidly stakes so much of its future on a communist country. So the globalists don't really resist China. They resist Trump and are fighting the president, urging him to back off his tough trade policies with China.

"If you look at the arithmetic of Chinese exports to the United States, U.S. to China, and what the impact of tariffs is, again, it drives things in the wrong direction," former Treasury Secretary Jack Lew said recently.

These are many of the same people who fought Trump on NAFTA and are objecting to a border wall.  Isn't it funny how it works? It's like a Venn diagram.

For the moment, the president is standing firm. The United States and China are in the middle of a 90-day cooling off period in their trade tariff dispute. But Trump should not relent.

Why shouldn't he relent? Because tariffs are working. The Hill reported the following on Tuesday: "The tariffs have contributed to growth both directly and indirectly in the four main areas where tariffs were imposed -- steel, aluminum, solar panels, and washing machines. The U.S. has directly added more than 11,000 jobs as of August.  Since then, more investments and jobs have been announced, including a massive $1.5 billion steel plant by Steel Dynamics that will employ some 600 workers. And in the solar arena, 'Solar Power World' magazine lists more than a dozen U.S. companies where new facilities have been started and/or expanded."

Good stuff. Only the United States, my friends, has the economic and moral might to keep China's global ambitions in check.

And as Xi Jinping continues his ruthless consolidation of power along with aggressive global expansion, both parties need to consider this question: Will you support policies that strengthen the hand of a murderous communist regime in China or the policies that ensure a prosperous, strong, independent America? It's a time for choosing.

Adapted from Laura Ingraham's monologue from "The Ingraham Angle" on December 18, 2018