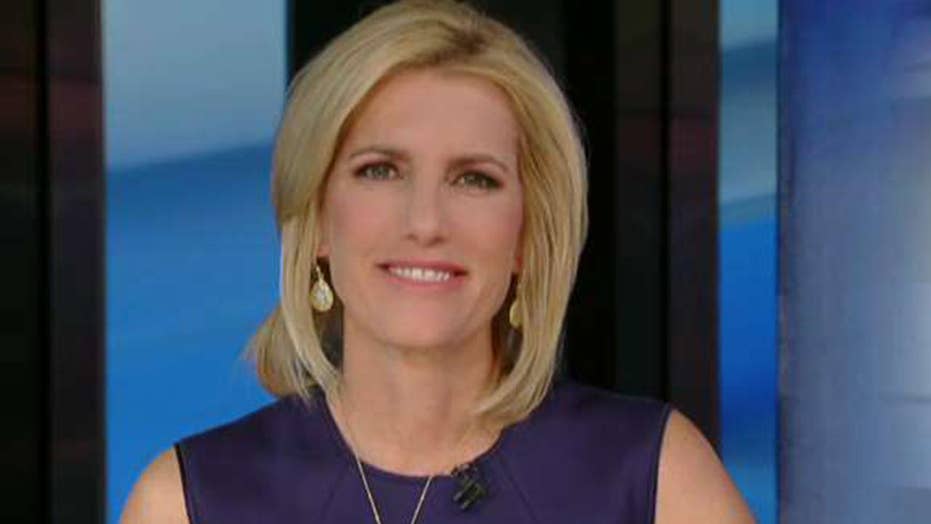 Democratic Sen. Leahy already trying to get William Barr to recuse himself from Russia probe.

We've all heard the criticisms of President Trump, which go something like this:

"This is revealing his autocratic tendencies," MSNBC's Eddie Glaude has said. "Donald Trump has no real commitment to democracy."

No, it's the other team that has a commitment to democracy, that's why they're always trying to undermine it and undo the election. Look, if any of that were true, why on earth would President Trump nominate a man like Bill Barr as his attorney general?

Barr, no matter what you think, is a mainstream safe pick. He's consummate pro who served in the Reagan administration and later as George H.W. Bush's counsel at the Department of Justice before being promoted to attorney general.

Now, full disclosure: He's a friend. Don't hold that against him. But the bottom line is, he knows the legal terrain really well and he even oversaw the Robert Mueller guy that we're focused on, once before, when Mueller was head of DOJ's criminal division.

And if there's any question about Barr's independence, well, that was put to rest at Tuesday's hearing. When asked by Senate Minority Whip Dick Durbin, the Democrat from Illinois, what would be his "breaking point" - whether he would quit if President Trump asked him to do something he thought was wrong - Barr gave a straightforward response.

"I am not going to do anything that I think is wrong," he said. "And I will not be bullied into doing anything, I think, is wrong by anybody, whether it be editorial boards or Congress or the president. I'm going to do what I think is right."

And as for the Democratic drumbeat that Trump only selects people he can control and who essentially agree to, I don't know, some sort of "loyalty pledge," Barr said the following: "President Trump has sought no assurances, promises or commitments from me of any kind either expressed or implied and I have not given him any other than that I would run the department with professionalism and integrity."

Barr testified that he wants Mueller to complete his probe and has confidence in Mueller's professionalism. But that wasn't enough for some, like Sen. Pat Leahy, D-Vt., who tried to get Barr to vow to recuse himself from oversight of the Mueller probe if the staff at the DOJ suggests he do so.

Barr reminds me so much of Justice Scalia, just his inflection and the way he reacts to questions. It's clear that Barr's his own man and contrary to some of the nasty tweets out there, tweets from the right like this. Scott Dennis says, "I don't trust Barr. He seems awfully cozy with many of the people surrounding the whole Spygate scandal."

All right, I get the concern. But all I can say is this: I've known Barr for 20-plus years. He's a man of deep integrity and he has a really strong intellect. We need that today at the Department of Justice. And he comes at a very important time in the life of all of these law enforcement agencies. He sees his job in what I think is the correct light. When asked why he wanted to be U.S. attorney general, Barr said, "Because I love the department and all of its components, including the FBI. I think they're critical institutions that are essential to preserving the rule of law, which is the the heartbeat of this country."

He's doing it because he loves the country. He doesn't need to do this. He's 68 years old. He could be on a beach somewhere. He wants to serve the nation.

Well Bill Barr couldn't assume this job of attorney general fast enough, especially given the revelations of the FBI's war against the president. Remember, it was just last Friday that we learned about another sickening effort by certain bad actors inside the Bureau to target the president.

If Democrats really cared, as they claim, about the rule of law and restoring the public faith in the Justice Department, they would welcome with open arms the nomination of Bill Barr.

Remember, after Peter Strzok's insurance policy failed to prevent Trump from winning the White House, Comey's FBI cronies pulled another surprise out of its bag of tricks. They launched an unconstitutional and unprecedented counter-intel investigation of the sitting president. They should all be fired -  at least those who are still working within the department. By the way, this was supposedly done, get this, because Trump fired Comey, which, of course, if they read the little pocket Constitution, he was fully entitled to do under Article 2 of the constitution. The inspector general's final report should expose all of this. Can't wait.

And as if things couldn't get more poisonous, we have learned that the former general counsel of the FBI, James Baker himself, is under investigation for media leaks against President Trump. it turns out he was in regular contact with "Mother Jones" leftist writer David Corn. Are they still publishing?

Well, it's just a coincidence, I'm sure. Remember, "Jones" was the first to report on that phony Steele dossier -- you know, the thing that was a predicate used to start the entire Trump- Russia probe.

Barr understands the danger inherent in the Department of Justice that becomes its own political strike force and the danger of criminalizing politics and of over-zealous prosecutors.

"The prosecutor comes along and says, well, we're going to look into your mind and see what your subjective intent was for performing these two sets of lawful acts and we're going to say you know, that you're corrupt," he said at Tuesday's hearing. "So I just think that gives too much power to the prosecutor." 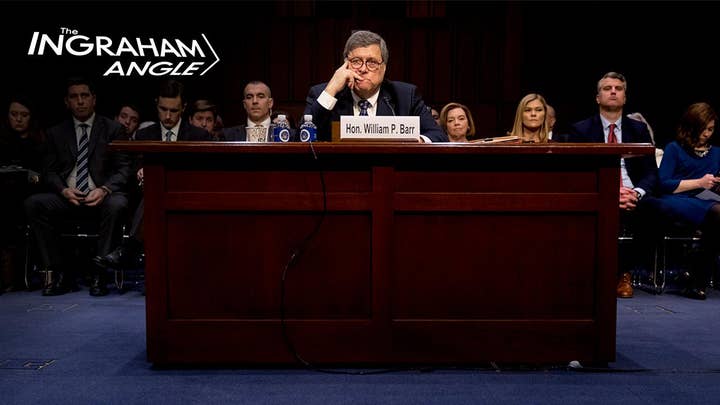 I totally agree, even separate from what has happened to President Trump. If Democrats really cared, as they claim, about the rule of law and restoring the public faith in the Justice Department, they would welcome with open arms the nomination of Bill Barr.

But because many of them -- not all, but many -- are infected with this anti-Trump virus, everyone Trump nominates, every idea that Trump has, must be resisted or the individuals involved at least bruised in the process. But they didn't lay a glove on Bill Barr.

Adapted from Laura Ingraham's monologue from "The Ingraham Angle" on January 15, 2019.