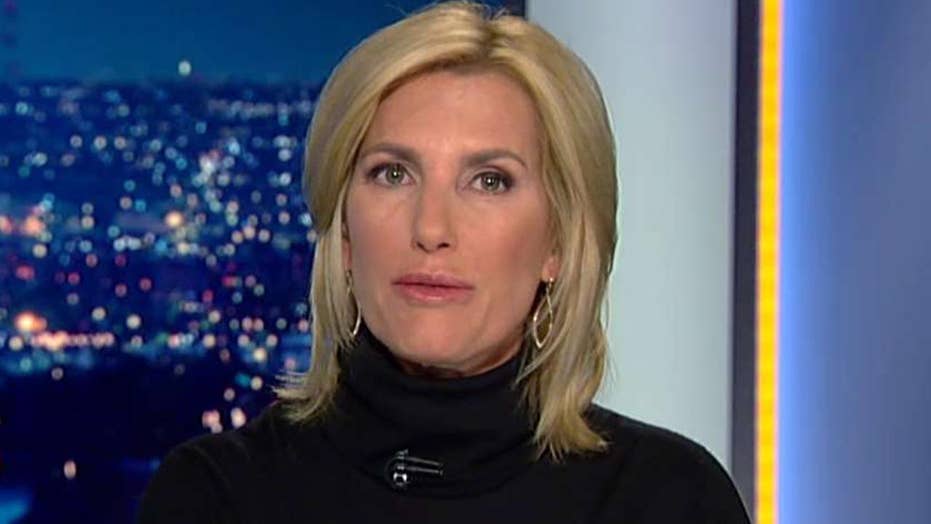 Ingraham: The casual cruelty of the left

The Democrats and never-Trump fanatics are going totally off the rails, my friends. Earlier this week, we exposed their true motives during this partial government shutdown. They want to keep it going as long as possible for pure political gain. It's as simple as that. The American people and the government workers be damned. It's all about trying to embarrass the president.

So much for governing. It's pathetic.

Now, we take it a step further. Night-after-night, we're going to systematically expose the tactics and methods of the Democrats and their media collaborators use to advance their extreme agenda. I call this edition "The Cruel Hoax."

It's so preposterous and so obvious. The never-Trump members of the media write entire articles, devote entire segments to making their cruelty case. No need to debate actual issues or propose actual solutions when it's so much easier just to call someone a name like racist, sexist, misogynist, or in this case, "cruel."

Some headlines are just ludicrous. No matter what, remember, if Trump is involved, it must be a cruel outcome, like any issue regarding transgenderism or budget priorities. And one of my personal favorites is the knee-slapper argument made by former Bushy Michael Gerson that it's not just that Trump is cruel, it's also that he encourages other leaders around the world to be cruel, too. And of course, with anything related to immigration, anything short of a "wave-them-all-in" policy is always going to be cruel. You get the point.

Liberals and never-Trumpers want you to believe that they have the monopoly on compassion. And if you don't believe in their social and economic and foreign policy agenda, you're not just wrong, you're cruel. And Trump is the cruelest of all.

Now, my friends, the Buddha said - and  this is paraphrasing - that the finger is always pointed back at you. So, Dems, watch what you're doing with the cruel language.

Just look at the current border standoff issue. And it's apparent that the Democrats and the never-Trumpers are actually the cruelest of them all. While they spent months on the border bemoaning the plight of migrant families and detention centers, they treat American victims of illegal alien crime with complete indifference and even scorn.

That scorn was on display during the president's Oval Office address on border security on Tuesday. Referring to victims of illegal immigrant crime, President Trump said, "Over the last several years, I've met with dozens of families whose loved ones were stolen by illegal immigration. I will never forget the pain in their eyes, the tremble in their voices, and the sadness gripping their souls. How much more American blood must we shed before Congress does its job?"

Gosh. It's hilarious, mocking the plight of victims as if they're just collateral damage in the battle for open borders. And for Democrats like Pelosi and others, it's always something like, "Sure, any life lost is tragic, but ..."

We have to find some sensitivity here for the victims of illegal immigrant crime. Are they to be ignored just because they don't fit a particular ideology?

But there is no "but." These are Americans who would be alive today if politicians did their jobs and did everything that was necessary to protect America's borders.

Now, we're constantly lectured about being sensitive to victims and hearing them out. And that's fair. And we all say a lot, because we'reon TV, and sometimes you overstep. I get it. No one is perfect.

But we have to find some sensitivity here for the victims of illegal immigrant crime. Are they to be ignored just because they don't fit a particular ideology? And conservatives shouldn't do this when they're on another channel. (It sure happens.) And the liberals shouldn't do it here. And when someone does try to mention the suffering of illegal alien crime victims, sadly, they're treated the way former Trump adviser Steve Cortes was treated by CNN commentator Ana Navarro. She dismissively started filing her nails during their heated discussion.

But look, Republican imposters like Navarro are cruelly indifferent. That was a cute little stunt in the double boxes. But their callousness extends not only to Americans who pay about a $150 billion a year tab that illegal immigration costs to us, but also the indifference to those Americans and legal immigrants who've been raped, abused, trafficked, run over, and murdered sadly by certain vicious illegal aliens.

When California officer Ronil Singh was laid to rest last week after being killed by an illegal during a routine traffic stop, California Gov. Gavin Newsom attended an NBA game. Sen. Kamala Harris, D-Calif., did offer her respects, however -- to the rapper Common. Somehow she found the time to hang out there. No attending the funeral of an outstanding constituent. 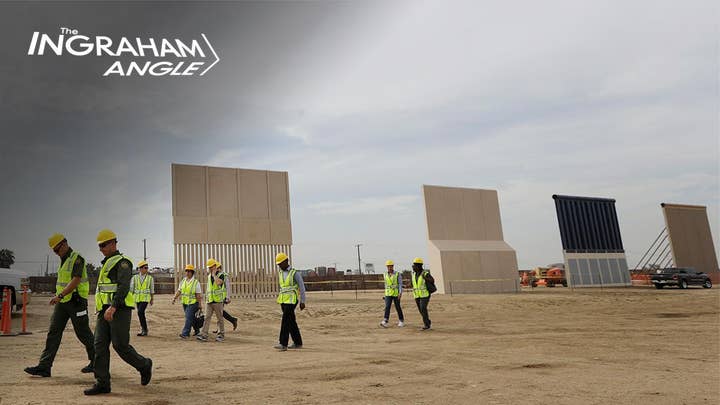 And these are the people who have the nerve to call Donald Trump cruel? If it's not a death that they can exploit for political gain, they're just not interested in it at all.

Meanwhile, Trump is truly concerned about the children on both sides of the border. And the only way to protect them is to de-incentivize the dangerous trip northward and build a wall to reinforce an orderly immigration process. To let the current situation persist would be truly cruel.

Adapted from Laura Ingraham's monologue from "The Ingraham Angle" on January 10, 2019.