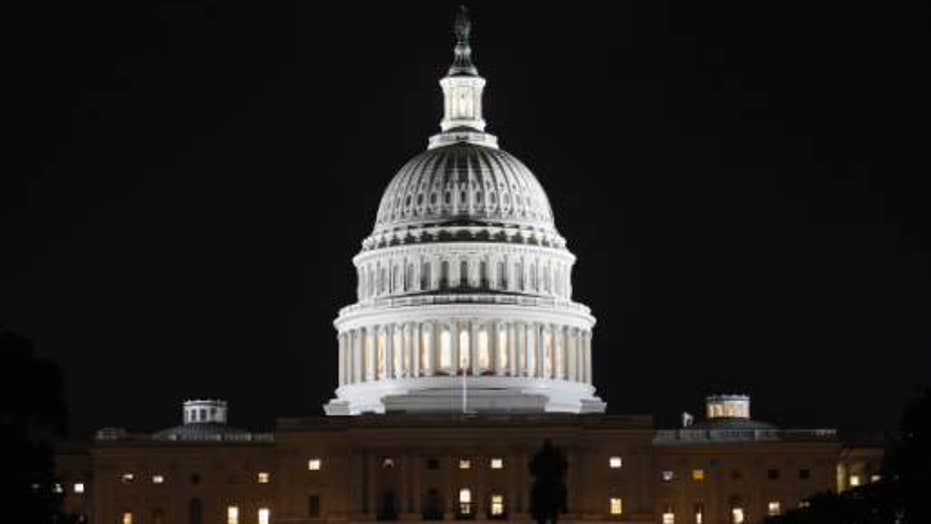 Can the GOP sweep the midterm elections?

History shows that, in the summer of 1876, George Custer made his fabled last stand in the then-territory of Montana.

Fast-forward 138 years to the summer of 2014 and it’s Montana Democrats making their last stand in defense of a Senate seat that hasn’t fallen into Republicans hands in well over a century (the answer to that trivia question: Joseph Moore Dixon, a Teddy Roosevelt Bull Moose who lasted only one term).

Like Custer, Montana Democrats have fallen victims to bad choices and bad circumstances. It began with former Sen. Baucus’ decision, back in April 2013, not to seek a seventh term this fall. That opened the door for former Gov. Brian Schweitzer to become the Democrats’ de facto nominee. But with his eye on a 2016 challenge to Hillary Clinton, Schweitzer declined.

By December, the race took yet another unexpected twist when Baucus was named U.S. ambassador to China. His Senate replacement: Lt. Gov. John Walsh, seen as a credible 2014 contender in that Walsh saw action in Iraq with the Montana Army National Guard.

Only, it turned out Walsh wasn’t as valorous as his candidacy promised and Montana Democrats suffered their fourth surprise in a little over a year’s time: soon after accusations that he’d plagiarized a master’s degree paper seven years ago while attending the Army War College, Walsh ended his candidacy – leaving Montana Democrats with precious little time to get a replacement on the ballot.

So who could step in and keep the Montana seat in Democratic hands? A Hollywood ending calls for a Hollywood mainstay. And it just so happens there’s one lurking in southwestern Montana: actor Jeff Bridges, a property-owner in rustic Park County and dabbler in state and national politics (Bridges has worked both sides of the aisle as a longstanding champion of school breakfast programs).

Bridges has yet to profess any interest in going to Washington. Still, that hasn’t stopped Libby Pratt, a Billings resident, from starting up this online petition to draft the Academy Award winner. Over on Twitter, an anonymous soul who goes by @DudeSenator – “The Dude”, Bridges’ uber-slacker, White Russian-swigging character in "The Big Lebowski," has a cult-like following – is advocating the actor's candidacy.

Could this actually happen? The truth is, it’s pretty simple to give The Dude the nod, if he wants it. To become the Democrats’ nominee, all Bridges would need is a majority of the delegates’ votes at the party’s nominating convention in Helena this Saturday. And he’d have to become a Montana resident. At present, Bridges owns a home in Paradise Valley (other notable residents: Peter Fonda and Dennis Quaid) — meaning, he's not registered to vote in Montana.

One other piddling detail: his wife, Sue, hates the thought of this. As Bridges told Howard Stern earlier this week: “Evidently, there’s a group of people that have called in and want me to run for senator of Montana, like 1,000 people, and so I say, ‘Sue?’ And she looks at me and goes, ‘Don’t even think about it.'”

Much like Montana Democrats at present, California Republicans back then were scrambling at the filing deadline for a splashy candidate. Schwarzenegger, like Bridges, offered high name recognition and a record of championing social causes (for Arnold, after-school programs. The soon-to-be Governator waited until the last minute (Aug. 7 of that year -- only two months before the Oct. 7 vote) to throw his hat in the ring.

As for a reluctant spouse, Maria Shriver was anything but enthusiastic at first about the thought of going to Sacramento.

The key difference, of course: Schwarzenegger long saw a political run as his destiny, whereas Bridges probably sees himself as more of an advocate (he hung out at both national conventions in 2012, espousing the school-breakfast cause).

Still, Bridges’ likely non-participation in Montana points to one of 2014’s shortcomings: a lack of star power.

Sure, celebrities have started to pump cash into Senate races in hopes of keeping the chamber from going Republican. Just as, in 1986, Hollywood organized to flip the Senate from Republican to Democratic. But there’s a world of difference between donating to Alison Lundergan Grimes in Kentucky versus Ashley Judd actually challenging Sen. Mitch McConnell, as she once considered.

Not that a star-turn by the lead in "Starman" could prevent Republicans from ending their 100-year Big Sky drought. But like Custer, encircled Montana Democrats must be wondering: where's the cavalry?