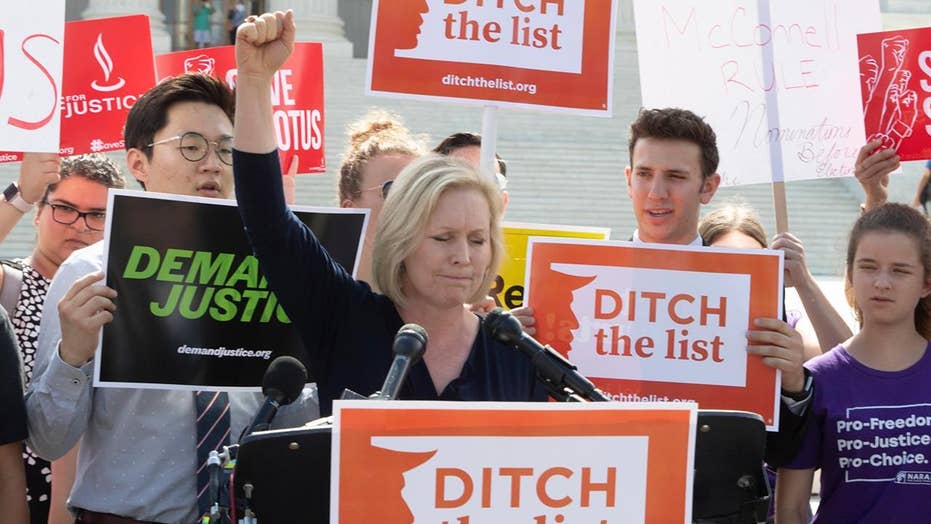 The Democrats have an all-but-unbeatable potential presidential candidate lined up for 2020. She’s a woman who enjoys an A rating from the National Rifle Association and brags about going out to shoot the family turkey for Thanksgiving. She has spoken out in favor of federal fines for sanctuary cities, supported making English the national language, called for more border enforcement and opposed driver’s licenses for illegal immigrants. She is a fiscal moderate and a proud face of rural America. Ohio? Pennsylvania? Wisconsin? She’d romp in all of them.

Unfortunately for her party, this woman no longer exists. She is Kirsten Gillibrand circa 2008, the days when she was a congresswoman representing New York’s largely rural 20th district. The 2018 Gillibrand has renounced all of these stances, moving left and left and left again. She supports the New New Deal that is today’s progressive economics (Medicare for all, a federal jobs guarantee, a $15 minimum wage) and says she “couldn’t have been more wrong” about her previous support for gun rights. By 2010, her first full year in the Senate, the NRA had altered its rating of her record — to an F. A decade ago Gillibrand was a strong supporter of Israel; these days she is writing hymns of praise in Time magazine for the far-left anti-Semitic activist Linda Sarsour. She was the only senator to vote against confirming James Mattis as secretary of defense.

All of this now appears to be mere prelude to Gillibrand’s latest gambit: calling for extinguishing US Immigration and Customs Enforcement. That puts her in a 31 percent minority among registered voters, according to a poll that followed a surge in not-so-great publicity for ICE. If 31 percent is all the support you can muster for abolishing ICE at a moment when the public image of same is “the child-caging agency,” you’d be better off arguing that the IRS should be put in charge of health care.