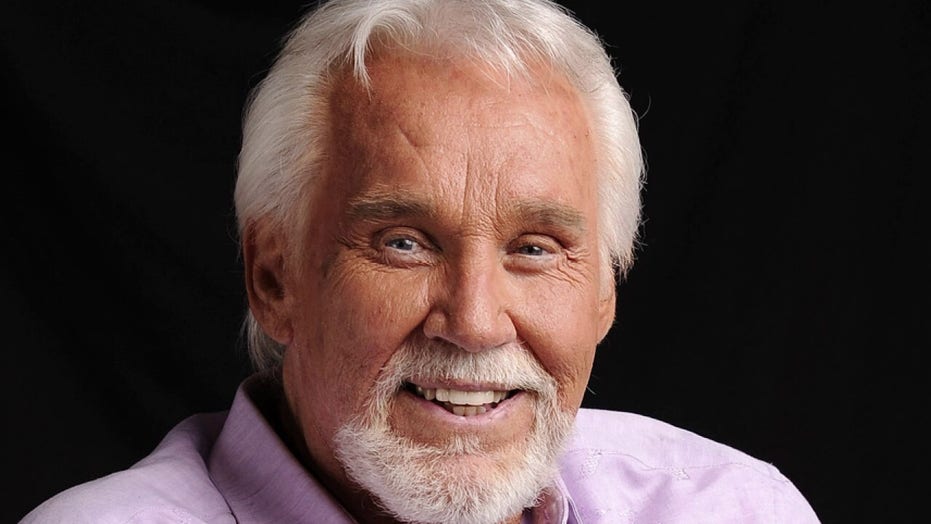 Growing up in the 1940s and ‘50s as the fourth of eight children in a poor Houston family, future country music legend Kenneth Donald Rogers first recognized the possibility of a better life when he noticed that homes in a wealthy neighborhood in town had automatic sprinklers in their yards.

“When you’re broke and you live in the projects, you don’t realize you’re broke,” he once said. “You think everybody lives like that. It’s when you get a little older and are exposed to wealth that you realize you don’t have it.”

“I thought that was so cool,” he said of the sprinklers. “I thought, someday I’m going to have that.”

The award-winning singer died on Friday night at the age of 81.

Despite the challenges of poverty and an alcoholic father, Rogers always qualified his childhood as “happy” – thanks to his dad’s sense of humor and his Christian mother’s devoutness.

“We didn’t have much, but we were in church three times a week,” he remembered. “God had a good shot in our family.”

For a young Kenny, money may have been in short supply but music was everywhere.

Rogers’ father, Edward, played the fiddle and each of his four brothers and three sisters played an instrument. Kenny sang in the choir in church and at school.

But it was attending a Ray Charles concert at the age of 12 where the dream of a musical career firmly took root.

“It was like an epiphany. People laughed at everything, they clapped for everything he sang,” he recalled. “I thought, ‘Boy, who wouldn’t want to do that?’ I didn’t even know I could sing at the time. I just loved the honesty of his music.”

Meteoric rises often mark the careers of many musical legends. Maybe an agent discovers them at a club or a song of theirs suddenly catches fire. But not Kenny Rogers.

For nearly 20 years, the Texas native bounced from gig to gig, supplementing his income as a salesman, playing both rock and jazz, but never really achieving any great success. He dropped out of the University of Texas to join jazz vocalist, Bobby Doyle, who taught him how to play bass.

“There’s more demand for bad bass players than bad guitar players,” his friend joked with him.

His mother, Lucille, regularly told Rogers to find a job you love because if you do, you’ll never work a day in your life.

It was that simple advice that kept him pursuing music through the meager days, of which there were many.

Once, trying to connect the dots of his life, Rogers reflected, “People are successful because somebody believed in them and they didn’t want to let them down.”

For Rogers, that “somebody” was his mother and Nashville producer Larry Butler, who took a chance on the itinerant musician and helped launch his country music career.

From his hit single, “Lucille” to the multi-platinum selling album, “The Gambler,” Rogers’ career soared beginning in the late 1970s.

Self-deprecating in nature, Rogers often said his music and lyrics could be boiled down to two main themes – “Words that men want to say and women want to hear and stories that have social comment.”

There’s probably a lot of truth to that type of pithy summation, but better yet is Rogers’ own observation that, “Country music is the white man’s Rhythm and Blues – because that’s where the pain is.”

Pain plays a part in every life, and Rogers often pointed to his five marriages as the result of his ego and self-centeredness, noting he probably owned 85 percent of the blame for each relationship’s demise.

“There’s a fine line between being driven and being selfish,” he once noted.

Kenny Rogers’ Hall of Fame career, which also included acting and multiple business ventures, spanned seven decades and was a life marked by many highs and lows, both personally and professionally.

“You got to know when to hold ‘em, know when to fold ‘em,” he famously sang. “Know when to walk away and when to run.” Rogers, it seemed, took his own advice and to great success.

Looking back, Rogers reflected that things seemed to take off for him when he finally realized who God had made him to me.

In the end, Rogers discovered who God made him to be and in the process of doing so, discovered his voice and his niche and wound up giving the world some wonderfully melodic, thematically rich and memorable music.