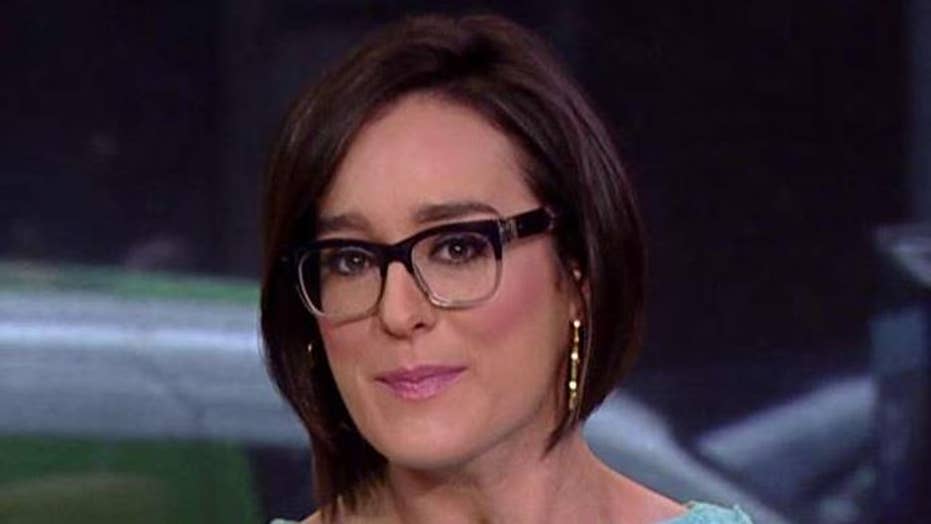 The 2016 race is one giant pro-wrestling match

Kennedy shares her thoughts in a new opinion piece

Much has been made of Donald Trump’s pro-wrestling past (as far as I know the WWE Hall of Famer never donned a singlet for money, but he did host a few WWE events at his casino) but it’s easy to see how this entire presidential circus is, in itself, a pro-wrestling bonanza. Never has a race so fixated on villains, trickery, gags and drama. The very food of the world’s favorite scripted sport is a buffet in this election.

Conservatives who decried Trump’s rise (and those who scoffed at his chances of winning a single primary were legion) are the same “purist” boxing snobs who could never grasp the popularity -- and populist legitimacy -- of wrestling. The Rock will enjoy more money and infamy than Joe Frazier thanks to his lucrative mainstream movie career via the WWE, and Donald Trump will become the Republican nominee with a similar combination of staging, emotional taunts, ongoing (and outlandish) narratives, and tools of pick-up artistry on Cialis.

That’s all obvious, but it only tells part of the sweaty, amplified story…

What makes wrestling successful? Is it the same magic that Trump used to pull everyone in the ring -- and pull them all down -- with him?

For that I must turn to an actual professional wrestler, a WWE star who’s spent the better part of a decade in silver lamé shorts grinding his hips in America’s face as the infamous rebellious ladykiller Dolph Ziggler. He also happens to be a political junkie and avid Fox News watcher who regularly comments via social media on the collision of these two worlds. Here’s his take from a phone and email conversation I had with him recently:

The road to WrestleMania is like an election year. The Royal Rumble usually has 30 people in it, which narrows down to 4 and then finally two. Only one of them can go on to the main event.

From your perspective, how is this race like pro wrestling?

In the same way, someone who would normally see typical politicians now has Donald Trump who relates to normal people or wrestling fans.

In the beginning when he was a new, non-establishment candidate, wrestlers and friends and people not even interested in politics took notice of this outsider.

As the election moved on, as he became the frontrunner, his own party seemed to continually pull the rug out from under him. That happens to people at work all the time when they’re passed over for a promotion, and it happens to wrestlers in story lines with “The Authority” -- that’s Triple H and Stephanie McMahon. They are the boss of the show. They constantly reiterate they know “what’s best for business,” they’re the antagonists who want a champion who fits the proper mold and will carry out their will, ensuring success for WWE.

Paul Levesque aka Triple H and Stephanie McMahon are seen at the WWE Hall of Fame Induction at the Smoothie King Center in New Orleans. (Jonathan Bachman/AP)

Much like the often villainously portrayed GOP, they think they know what’s best for business, better than the American people and for the most part come out on top by justifying their involvement for the greater good.

Bernie Sanders is comparable to Daniel Bryan of a year ago, once again another outsider gaining momentum where it seemed an apparent heir to the throne was already decided, which would be like Hillary.

How do the characters and storylines in politics mirror what you do?

Most politicians, until this election, were for the most part boring insiders no one could really relate to. But now, much like in politics and WWE, there are so many different types of characters. Whether they’re underdogs, body builders or renaissance men, you can somehow get behind your favorite no matter the situation.

Who is the Donald Trump of the WWE?

I mean, it’s obviously The New Day. They have been around in different and entertaining ways over the years, with ups and downs, and now the perfect storm has come together. Timing is everything! The world is ready for something new and fresh, and they are on fire. They say what they want, the have knee-jerk reactions to topical events (like the Steph Curry 2 Mall Walkers) and The New Day has caught fire. They used to get on people’s nerves, but now crowds cheer for them. They have vowed to make WWE great again, and they stand for a new era of sports entertainment. They are all about positivity, and whichever side you are on you’ll tune in to see them do their thing.

The Donald is the unicorn of modern politics, and The New Day wear unicorn horns on their heads. They also have outlandish hairstyles that defy gravity and logic, and Donald…well, I guess that’s where the similarities end.

Are there any other Trumps lurking in the shadows?

You could also say the other Trump of WWE is Brock Lesnar. He is an imposing entity who says whatever he wants, comes and goes as he pleases, dominates his opponents and is without a doubt, a beast of a draw in wrestling and MMA.

Like The Donald, he is a ratings juggernaut and he won UFC 200 that Vegas odds-makers said he would lose, while receiving the biggest payday in their history.

They said Trump would lose before he became the presumptive nominee, but will he get the biggest job in history? Where Trump sees himself as a uniter, Brock considers himself a lone wolf.  He still manages to bring people together by saying things like this after his win at UFC 200:

"Shoutout to the men in uniform, that protect and serve this country. From sea to shining sea. From one whiteboy, to all nationalities; we've got to stand together, people."

It appears that the Donald and the Beast Incarnate have a lot in common, especially since opponents see Trump as another type of beast.

Who’s Hillary in this equation?

John Cena is the face of our company, the obvious front runner. Even though several different Bernies have attempted to overthrow the Hillary, after all the arguing and stunts, Hillary is still the nominee just like Cena is still the face of WWE.

Was he at least indicted?

Hahaha…theoretically he was. For the longest time Cena would be, and still is, filibustered by half the WWE universe. Fans regularly hijack his matches with chants of either “Let’s go Cena!” or “Cena sucks!” Regardless of what they chant, WWE FANS makes their voices heard. The problem is when no one cares enough to chant, that’s not happening anytime soon. Cena doesn’t always come out on top, but he does have a 50 percent approval rating from his delegates in the arena. He’s the undeniable face of the WWE Party.

Who are you in all of this?

I guess the closest comparison would be Rand Paul. I want to change the game and break through the nonsense without any Establishment help. I got seated at the end of the stage, barely hanging on to that gilded circle, and was even asked “what are you doing here?” by the frontrunner.

What happened? Who did you insult?

After repeatedly being a thorn in The Authority’s side, burning them every chance I got and overcoming odds, eventually they won out and crushed my spirit.

Charlotte and Sasha are the young, hip Rubio-esque representatives of the New Era. They are extremely capable and great at what they do. They’re dominant in Florida and have plenty of time to take over the world. Now if only they could win that Senate seat again!

With Bernie, who hung onto the race waaaay too long, and a libertarian nominee on the rise, is this a royal rumble? What’s the best scenario to compare the crowded field to a WWE staple with multiple players?

It’s very comparable to a Royal Rumble. In WWE there are always several possible candidates to headline WrestleMania but there can only be two. You always have an outsider, an insider, a wildcard and a number of up and comers, but it always comes down to roughly 4 for the Rumble.

Theoretically the road to WrestleMania is like an election year. The Royal Rumble usually has 30 people in it, which narrows down to 4 and then finally two. Only one of them can go on to the main event.

On the Republican side it was much more of a free-for-all with several different front runners, and just like in WWE anything can happen. Seven or eight months ago we thought Jeb Bush was going to go head-to-head with Donald Trump. It goes to show with the audience and voters how quickly things can change.

You never know who the finalists or nominees will be, much like a good Royal Rumble.

Paul Ryan and Donald Trump are competing for the same title in different years. Is there a rivalry that compares?

The closest comparison between WWE and politics would be the end of the Attitude Era (1999 or so) and the beginning of the New Era (2016). The Establishment and everything it stands for is embodied in Ryan, even though he is the younger candidate.

Trump’s rise to power is because he is a New Era candidate. Social media is a YUUUGE factor. This era/election is all about non-establishment candidates, not fitting the mold, and being self-made.

Trump says whatever he feels, even if it flies in the face of WWE or the free world, and win or lose, love him or hate him, you are watching and will continue to tune in. Whether you are entertained or not, be sure to complain about it online like a real American (wrestling fan) would!

If this were WrestleMania, how would it end?

It could end sending everyone home happy with an entirely new lease on life and a new champion is crowned, and you look forward to the upcoming year. OR it ends in controversy and you can’t wait to tune in to see how they're going to top it.

We’ll have to wait a few more days to see how things shake out in Cleveland and Philadelphia, but it’s obvious presidential politics will continue to mimic pro-wrestling in an historic year filled with pageantry, rivalries and the strangest race in history. We’ll all be pinned to our TVs in disbelief trying to figure out who gets the belt and how this madness finally ends.

"Kennedy" is the host of the primetime program "Kennedy," which airs Monday through Thursday at 8PM/ET on the Fox Business Network. Follow her on Twitter @KennedyNation.