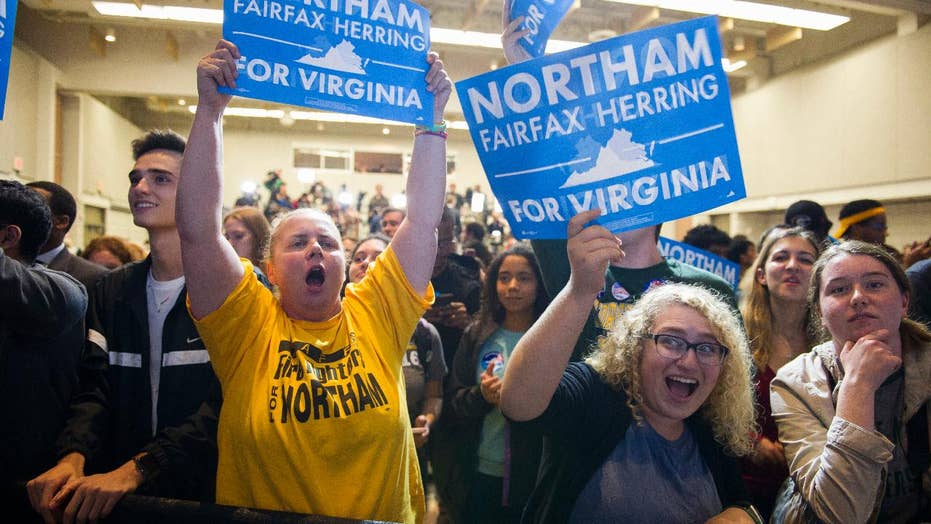 What lessons can GOP learn from Virginia election results?

The Republican defeat in New Jersey is unsurprising. The deep-blue state went for Hillary Clinton by 14 points, and on Tuesday the next governor, Democrat Phil Murphy, won by 13. The Republican nominee, Lt. Gov. Kim Guadagno, simply couldn’t escape the gravitational pull of her unpopular boss, Gov. Chris Christie, whose favorability in exit polls was a sad 22%.

The GOP’s loss in purple Virginia is far more problematic, with grave ramifications for the 2018 midterms. Mrs. Clinton carried the state by 5 points, but Democrat Ralph Northam won the governorship Tuesday by almost 9.

That’s hardly the worst part. The Republican nominee, Ed Gillespie, took about 11,000 more votes than former Gov. Bob McDonnell did in 2009 when Mr. McDonnell won that year’s race with 59%. In fact, Mr. Gillespie won more votes than any Virginia GOP gubernatorial candidate in history, yet he netted only 45%.

In 2013 the GOP’s nominee for governor took 45.2%, even though he collected 100,000 fewer votes than Mr. Gillespie did. The difference is that turnout this year was up 16% from 2013. Most of the additional voters were white independents and Democrats in the suburbs who wanted to send President Trump a message.