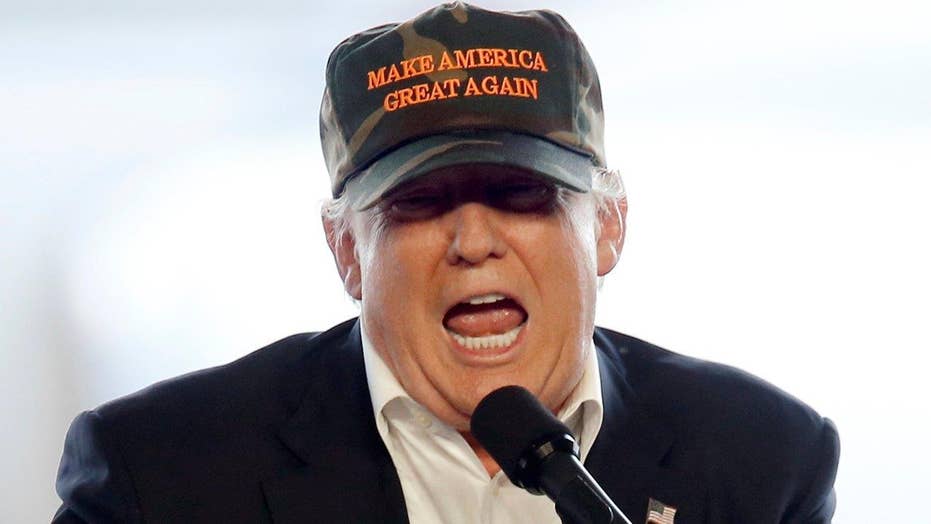 Trump to speak on terrorism, defends call for Muslim ban

It’s nearly official now: Hillary Clinton swept four of Tuesday’s six primaries, besting Bernie Sanders by wide margins in California and New Jersey, nipping him in New Mexico and South Dakota and losing in Montana and North Dakota. This gives Clinton a majority of Democratic National Convention delegates, but her 2,780 total includes 577 unelected superdelegates. Without them, Clinton is still 80 votes short of a majority.

With victories in all five Republican contests (North Dakota had voted earlier this year), Donald Trump extinguished the possibility of a multiballot convention by securing 1,447 pledged delegates, 210 more than needed.

Is that the way to conciliate the Bern? The video’s timing seemed somewhat disrespectful to Sanders, who might have shown his pique after his meeting with the president when he said, “I look forward to meeting” with Clinton “to see how we can work together to defeat Donald Trump,” before adding, “to create a government which represents all of us and not just the 1 percent.”

Might the self-described democratic socialist be eager for convention platform fights? Sanders’ platform drafting committee representative, Cornel West, called on Democrats to oppose “an occupation of precious Palestinians” by Israel, while a Clinton ally said, “I really don't personally think anyone should have a gun.” With extremists like that, Philadelphia could provide a contentious, far-left set of platform debates.

Trump’s bad week started bad … He started the week defending his assault on Gonzalo Curiel, the “Mexican judge,” by urging surrogates to double down on the attacks during a private conference call.  The suggestion apparently led one or more surrogates to leak the contents of the call, presumably to disabuse the GOP candidate that the continued controversy was helpful.

Speaker Paul Ryan and former Speaker Newt Gingrich repudiated Trump’s comments. Former presidential candidates Ted Cruz and Marco Rubio and a veritable battalion of Republican officeholders condemned the presumptive nominee’s comments on the judge. In this, they are representing the sentiment of a growing number of ordinary Republicans.

But got better ... By week’s end, sanity appeared to be making its presence known in Trump Towers, as the candidate largely avoided the topic. Still, damage has been done. Private polls in battleground states conducted late in the week suggest Trump’s numbers have dropped. Public polls in the next month will show how far they have declined, and for how long.

Struck a good note. Trump delivered a restrained, substantive and reassuring speech Friday to the Faith and Freedom Coalition, systematically outlining his views on issues of interest to evangelicals and then methodically cataloging Clinton’s views. Read from a teleprompter, the speech still sounded like Trump, especially when he embellished it with his verbal tic of repeating phrases for emphasis.

Looking ahead, will Obama start pushing his favorable numbers back down? The president’s favorable numbers have crept up in recent months (while his ratings on the economy, foreign affairs and health care have remained stagnant). Might this be the result of him being obscured by the two parties’ nomination battles?

If so, might his numbers decline again as he becomes more visible while campaigning? The more he’s on the national stage, the more he might remind voters that Clinton represents a third term for Obama.

Might Trump regain the initiative with his speech this week? After two weeks on the defensive as a result of his own missteps, the presumptive GOP nominee needs a substantive, well-researched, pointed speech delivered from a teleprompter (so as to minimize harmful additions). After crying “unfair Mexican judge,” he must now reassure nervous Republicans and skeptical independents he’s worthy of their support.

Will Monday’s speech on the terror threat be what Trump needs to reassure voters that he can be an effective commander-in-chief? This is even more imperative after Trump went off the rails Sunday with tweets congratulating himself on his own intelligence in forecasting jihadist attacks and demanding that the president resign and Hillary retire from the race. -- All of which was unnecessary and unhelpful at a moment when appearing strong and presidential was required.