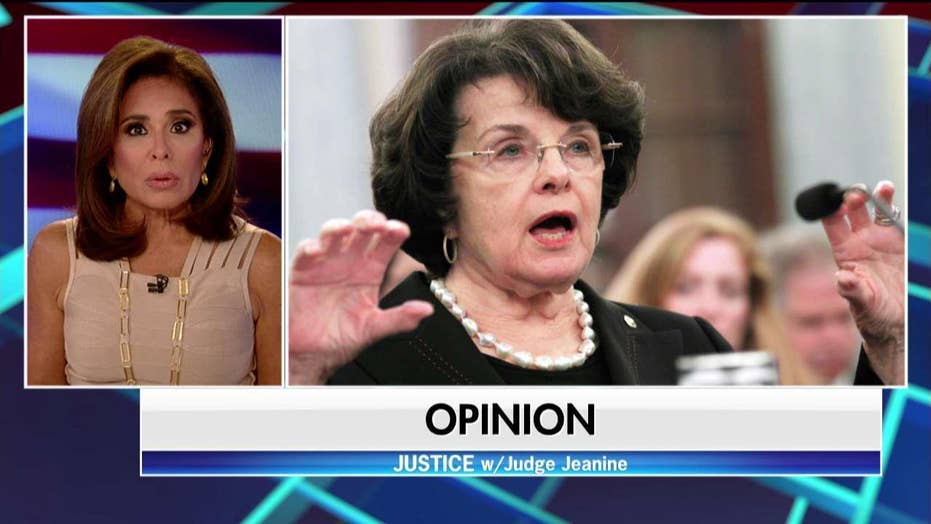 As a prosecutor, a superior court judge as well as elected district attorney. The way it works is you are innocent until you are proven guilty. Clear, unambiguous words etched in stone. Why would anyone ignore this truth, especially the ranking Democrat on Senate Judiciary, Senator Dianne Feinstein, is stunning. But you shouldn't be surprised. The left is committed to the removal of a duly elected president, the destruction of our system of capitalism, and now an all-out assault on our system of justice.

To them you are guilty – guilty until proven innocent. But no one in all the years I've spent in courtrooms has ever been able to prove a negative. So forget the time-honored notions like due process, probable cause, beyond a reasonable doubt or a jury of your peers. Today, unsupported, uncorroborated, untested words, not facts are sufficient to convict not just in the court of public opinion, but in the esteemed hallowed halls of the United States Senate.

Forget the right to counsel, the ability to defend yourself, the right
confront your accuser or even cross-examine your accuser. Truth in this scheme is nothing more than collateral damage if a Republican is on the receiving end of an anonymous allegation.

So Dianne, let me see if I get this. Another Democrat, a congresswoman from California, no less, forwards a July letter to you containing a completely unsubstantiated claim that Supreme Court nominee Brett Kavanaugh while in high school tried to force himself on another high school student almost 40, I said 40 years ago. 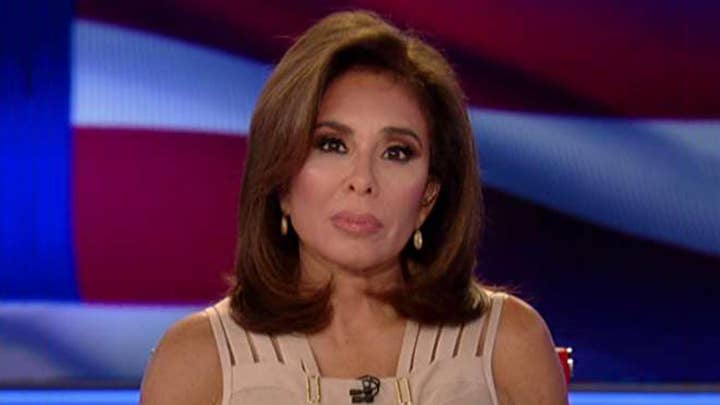 Kavanaugh for anyone who even cares has categorically and unequivocally denied the allegation. So why are we just hearing being this now? Dianne, when you get the letter, what do you do to make sure it's real? That the person is even real? Given the left's penchant to buy fake dossiers, make up facts and collude with the media to sabotage even the President of the United States, forgive me if I think it's all hogwash. Okay, you say quote, "The individual strongly requested confidentiality, declined to come forward or press the matter further. And I honored have that decision."

Dianne, you honored that decision. Did you even speak to this alleged person? Did you meet with her, talk with her, interview her? Did you ask her to meet with others? Did you ask why she said nothing for almost 40 years? And Dianne, why would you wait to even send it to the FBI? Is it because nothing in you and your pack of demon rats, that's what I said, demon rats, aka, Democrats’ bag of tricks was working against Kavanaugh. Nothing was working that you were doing beginning with Kamala Harris, Cory Booker and every unhinged lunatic you could find.

UNIDENTIFIED MALE:  Brett Kavanaugh to serve as associate justice of the Supreme Court of the United States.

FEINSTEIN: Mr. Chairman, I'd like to be recognized for a question before we proceed?

UNIDENTIFIED MALE: You're out of order, I'll proceed.

FEINSTEIN: We have not been given an opportunity to have a ...

FEINSTEIN: Mr. Chairman, I agree with my colleague, Senator Harris. Mr. Chairman, we received 42,000 documents that we haven't been able to review last night and we believe this hearing should be postponed ...

PIRRO: Then, Dianne, you've been sitting on this letter for almost two months. You let Brett Kavanaugh go through days of Senate hearings, meeting with Senators, answered then an additional 263 pages of 1,300 follow-up written questions, and now, you want to character assassinate this man who has undergone six FBI full field investigations where no such allegation resembling this anonymous nonsense has ever surfaced? 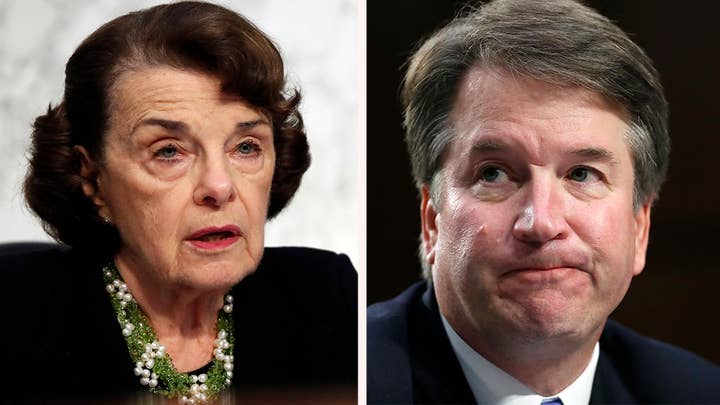 Dianne, as a ranking member of the committee interviewing Kavanaugh, how could you possibly let a moment pass without addressing the issue when Kavanaugh was right in front of you and would have had the opportunity to respond? What were you thinking? Are you stupid? Why would you let it go? Let me tell you why you let it go, Dianne. Because even you didn't believe it. What other reason could there be?

Now, I know about women who have been sexually assaulted and the kind of pain they go through. It is different from other crimes. It lingers and rears its head throughout their lives. I have prosecuted on their behalf for decades. One of the ways that we establish their credibility is with how recent their complaint is. A recent outcry is enormously powerful. An anonymous one almost 40 years later, not so much, Dianne. But silence? I guess, I shouldn't be surprised. You bozos in Congress actually had a fund of taxpayers' money, our money, to pay congressional staffers who were victims of sexual misconduct by your coworkers.

It's a fund that even you as a woman, a powerful senator kept quiet about. Whose side are you on? Does it depend on the politics? Does it depend on the politics of the accused? Your audacity to destroy and try to destroy a man with impeccable credentials, harm his family and shift the burden of proof to the accused by alleging one of the most of heinous allegations imaginable shows your complete disregard for truth, justice and the American way.

Adapted from the September 15 edition of "Justice with Judge Jeanine."