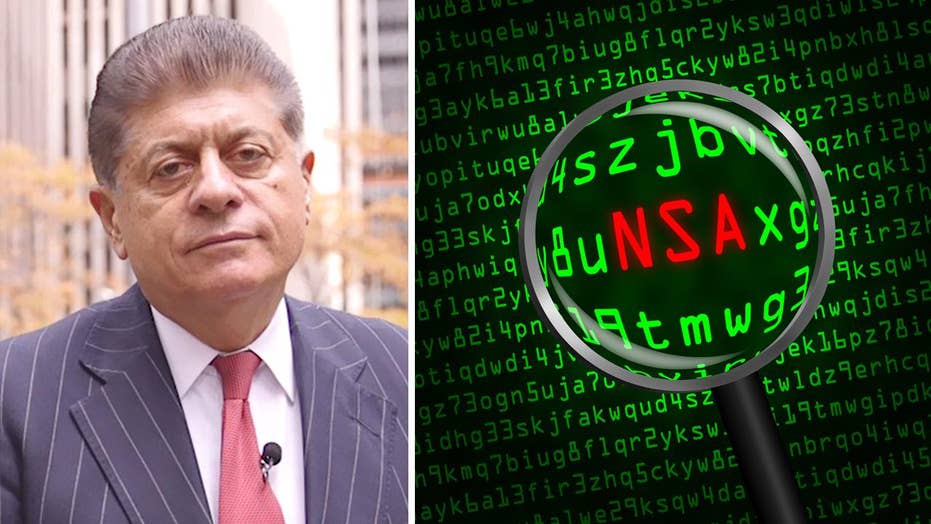 Napolitano: Too much spying is useless

Judge Napolitano's Chambers: Judge Andrew Napolitano explains why the NSA spying on Americans is unconstitutional and useless, since it collects far too much information that it cannot quickly navigate criminal activity and data in advance to stop potential attacks.

What if the government doesn’t really deliver for us? What if its failures to protect our lives, liberties and property are glaring? What if nothing changes after these failures?

What if the National Security Agency -- the federal government’s domestic spying apparatus -- has convinced Congress that it needs to cut constitutional corners in order to spy on as many people in America as possible? What if Congress has bought that argument and passed a statute that put a secret court between the NSA and its appetite for all electronically transmitted data in America? What if that secret court -- called the Foreign Intelligence Surveillance Court -- is supposed to protect personal liberty but instead has become a wall behind which the NSA hides?

What if the FISC issues warrants based on a lesser standard than probable cause of crime? What if its standard is probable cause of speaking with or knowing someone who has spoken with a foreign person? What if this is such an absurd and loose standard that it violates the Constitution and ends up protecting no one except the spies who pretend to employ it?

What if the FISC is a facade? What if the NSA spies on all people all the time while hiding behind FISC-issued warrants? What if the stated purpose of spying on everyone all the time is to keep us safe from terrorist acts by trading liberty for security? What if that trade has never worked?

What if the NSA has convinced President Donald Trump and his immediate two predecessors that it needs to spy on everyone in America to keep us safe, no matter what the Constitution says? What if those three presidents have bought that argument?

What if NSA spying is really done without any warrants? What if this spying captures in real time every keystroke on every computer and hand-held device -- as well as the content of every email, text message, telephone call and fiber-optic cable transmission -- in the United States 24/7?

What if NSA computers have direct and unimpeded access to all mainframe computers of all telecoms and computer service providers in the U.S.? What if the acquisition of all this data is known in the intelligence community as bulk surveillance?

What if President Trump and his immediate two predecessors have unleashed the NSA to acquire all communications data about everyone in America even though it's obvious that the NSA cannot possibly sift through it all in a timely enough manner to keep us safe?

What if the Islamic State-inspired extremist who drove a rental truck on a New York City bicycle and pedestrian path and killed eight people last week did a dry run of his killing plans the week before? What if one of his own cellphones recorded portions of the dry run? What if the NSA had that recording but did not notice it until after the attack?

What if the same killer who drove the rental truck stored 90 video clips of other Islamic State-inspired killings on a cellphone? What if the NSA had those videos but did not notice them until after the attack?

What if the same killer who drove that rental truck also stored nearly 4,000 photos of Islamic State atrocities on a cellphone and the NSA, which has had the repellant photos since the killer first stored them, did not notice them until after the attack?

What if liberty is our birthright and cannot be taken away by government without a jury trial? What if the NSA’s allies in government wrongly and foolishly think that the surrender of privacy to America’s 60,000 domestic spies somehow keeps us safe?

What if the genius of the Constitution -- if followed -- is not only its protection of privacy but also its requirement that the government focus its searches and seizures on people who it has reason to suspect are engaged in criminal activity and about whom judges have ratified the evidence to support those suspicions? What if the Constitution requires the government to leave the rest of us alone?

What if the government stinks at keeping us safe but is very good at invading our privacy?

What if this bulk surveillance is about power and control and not about safety? What if the NSA has selectively leaked what it knows about some folks for political purposes? What if President Trump himself and his former national security adviser have been victims of those leaks?