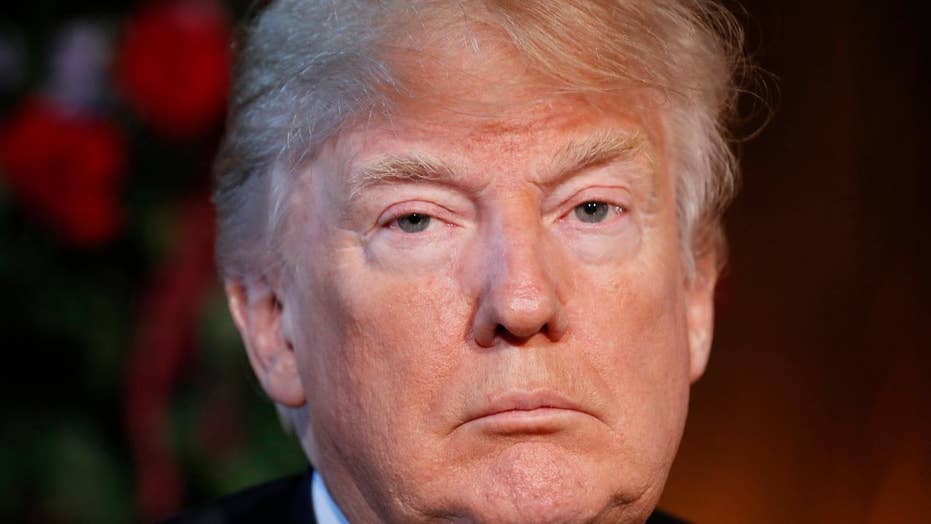 A few weeks ago, President Donald Trump was an outwardly happy man because of the utterance of one solitary word from the lips of special counsel Robert Mueller to one of Trump’s lawyers. The word that thrilled the president and his legal team was “subject.”

It seems that Mueller and one of Trump’s lawyers had been negotiating the terms under which the president would submit to an informal interrogation by Mueller and his team of prosecutors and FBI agents. Mueller’s request for such an interview was not unusual.

When Trump and his team learned that he was just a subject and not a target, they rejoiced. And then, in a series of bizarre events, all hell broke loose, and his joy turned to gloom. Here is what happened.

In the course of its continuing investigation of Trump, Mueller’s team came across evidence of criminal behavior on the part of Michael Cohen, Trump’s longtime New York City lawyer. Because the evidence was related to activities that took place in New York City, Mueller sent the evidence to the chief federal prosecutor in Manhattan.

After a team of federal prosecutors there examined whatever Mueller brought them, in conjunction with what they already knew about Cohen, they applied to a federal judge for search warrants of venues where they believed Cohen kept files of his work. The search warrants were executed simultaneously at 5:30 in the morning two Mondays ago.

Cohen’s lawyers then filed a motion that asked a federal judge to prevent the federal prosecutors in Manhattan from examining what the FBI seized -- enough to fill a small pickup truck -- arguing that it was Cohen’s records of the legal work he had performed for his clients and thus was protected by the attorney-client privilege.

In opposition to Cohen’s motion, federal prosecutors argued that Cohen and Trump have engaged in behavior together that may have been criminal or fraudulent and that they used the attorney-client privilege to mask their communications.

The federal prosecutors also argued that Cohen was not truly performing legal work for Trump; rather, they said, he was a fixer of Trump’s image and a trickster to Trump’s adversaries. Then they revealed that the source of their purported knowledge of the Trump-Cohen relationship was surveillance of Cohen, whose telephone calls, emails and text messages the feds had been capturing for months.

That means that federal prosecutors have overheard the president of the United States in telephone conversations he believed were protected by privilege, in which he was talking to a man under criminal investigation who he has said was his lawyer.

When all this came to a head this past Monday in the federal courtroom of Judge Kimba Wood, she confronted a legally unusual situation. Trump’s lawyers demanded that everything seized from Cohen be turned over to Trump because he was and is -- as far as Trump knew -- Cohen’s sole client.

Cohen claimed he has three clients, and he demanded that all that was seized be examined by a neutral special master to determine what is privileged and what is not. The prosecutors demanded that they have access to all that was seized, because the seizure had already been approved by another federal judge when he signed the search warrants that triggered the FBI’s seizures.

The attorney-client privilege protects from scrutiny or revelation the confidential communications of a client to his lawyer that are integral to the lawyer’s legal work for the client. The privilege does not apply to casual conversations between client and lawyer or if the lawyer is doing nonlegal work or if the client is committing a crime, a fraud, a tort or a regulatory violation and is consulting the lawyer about that.

Now we have a very perilous situation for the president. Records of whatever work Michael Cohen has been doing for him in the past 10 years will soon be in the custody of federal prosecutors who expect it to be evidence of wrongdoing on the part of the president himself. These are the best federal prosecutors in the country. They are civil service-protected and can only be fired for cause, and they have been listening to the president’s phone calls to his confidant and "fixer" and will soon see the fixer’s files.

Has Trump been in cahoots with a bad guy as federal prosecutors have alleged? Is this prosecutorial team in Manhattan more dangerous to Donald Trump than Mueller and his crew in Washington? Was evidence about Trump the real goal of those early-morning FBI raids? Is the president no longer just a subject and now a target of a new team of federal prosecutors? Who can safely confide in a lawyer after this?