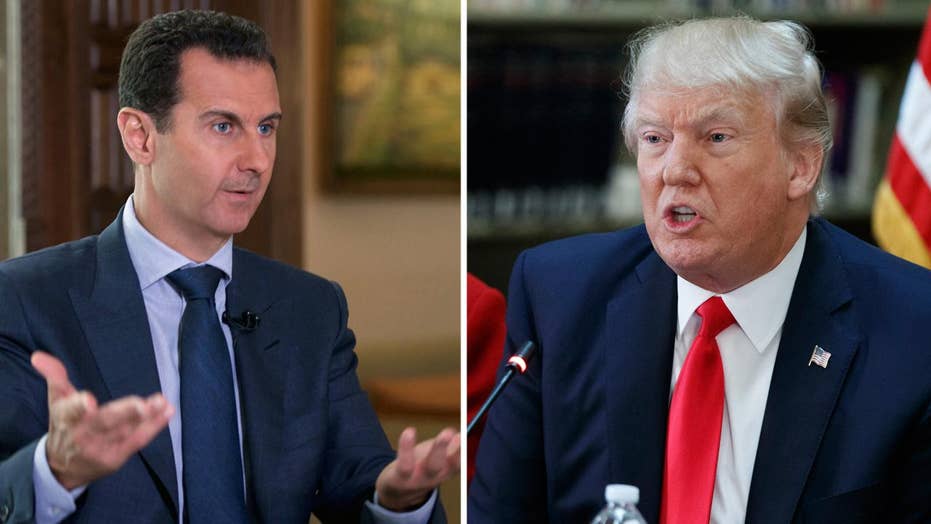 Last week, in the wake of President Trump’s airstrike on Syria, House Democratic Leader Nancy Pelosi (Calif.) urged Speaker Paul Ryan (R-Wis.) to “call the House back in session immediately to debate any decision to place our men and women in uniform in harm’s way.”

A CBS poll shows Pelosi’s call for Congress to vote on any future military attack on Syria has the support of 69 percent of Americans, including a majority — 53 percent — of Republicans.

But the House was in recess last week and there are no plans to bring it back this week.

Scheduling is not the issue.

The real problem is that Congressional Republicans run for the exit when they hear calls for a vote to authorize military action. They fear having to explain such a vote if the war effort goes badly.

At the moment, the Republican majority in Congress is happy to take no responsibility. They simply praise Trump for taking bold action and moving away from the cool, considered approach of President Obama.

That politically expedient response to the horror in Syria fits in perfectly with the two-faced behavior of Trump himself.

In 2013, he tweeted out his opposition to Obama taking military action in Syria. Now, confronted with the same problem — although this latest chemical attack by Syrian leader Bashar Assad is smaller than the one that brought Obama to the brink of military action — Trump is telling voters he had to act after he saw babies dying.

Babies were dying in 2013. So what did Trump’s missile strike accomplish beyond a symbolic, ineffectual use of force?

One key difference is that Trump has decided the U.S. is no longer focused on “getting Assad out,” in the words of Nikki Haley, Trump’s U.N. ambassador. That policy announcement might have led the Syrian leader to believe the U.S. would not respond when he resumed using chemical weapons.

The incoherence of the Trump policy for dealing with Assad’s brutality — more than 400,000 people have been killed in the Syrian civil war —allows Congress to escape its constitutional responsibility to vote for or against authorizing U.S. military action and declaring war.

Members of Congress are gun-shy because they know about the political backlash that followed congressional authorization for the Iraq War and the Vietnam War.

This political cowardice on the part of Congress is why the United States has not formally declared war against another country since the Second World War, 75 years ago.

It is also why the Congress hasn’t issued the less forceful substitute of an “authorization for the use of military force” (AUMF) by the president against another country since the second Iraq War, 14 years ago.

To his everlasting credit, Obama did send the Republican Congress an AUMF to fight ISIS back in 2013. Congress promptly ignored him, not even bothering to hold a vote.

They said they wanted a battle plan to prevent giving the president unlimited power.

Now, with Trump as commander-in-chief, the GOP majority in Congress is happy to look the other way while the missiles take flight.

Four years ago, only 22 percent of Republicans, according to a Washington Post-ABC poll, supported Obama’s proposed airstrikes against Assad to punish him for using chemical weapons.

Now that there is a Republican in the White House, 86 percent of Republicans, according to a new Washington Post-ABC poll, support airstrikes to punish Assad for the same crime.

That is not the only big dose of hypocrisy.

A Post-ABC 2012 poll found that 67 percent of Republicans supported “U.S. military involvement in Syria” before Obama drew a “red line” against the use of chemical weapons.

It was only when Assad actually used the chemical weapons and Obama asked Congress to approve firing missiles into Syria that support from Republican voters sank to the 22 percent level.

In fact, 98 House Republicans put their signature on a 2013 letter to Obama to warn against airstrikes against Syria without first getting authorization from Congress.

“A vital national security risk is clearly not at play, there are just too many unanswered questions about our long-term strategy in Syria,” McConnell explained.

This crass display can only be described as partisan politics with no conscience — or outright hypocrisy.

There is one voice of responsibility emerging on Congress’ proper role in warfare. It comes from the Pentagon.

“I would take no issue with the Congress stepping forward with an AUMF. I think it'd be a statement of the American people's resolve," Secretary of Defense James Mattis told a Senate Committee last month.  "I thought the same thing for the last several years, I might add, and have not understood why the Congress hasn't come forward with this, at least to debate."

Trump was elected on a promise to change the way Washington works and to respect the Constitution of the United States. What better way for him to demonstrate both — and prove he is different from all of his predecessors — than to demand Congress come back into session today and hold a vote to authorize further U.S. military action in Syria?